COVID-19: Coronavirus vaccine rollout extended to 36 and 37-year-olds as cases of Indian variant double in a week 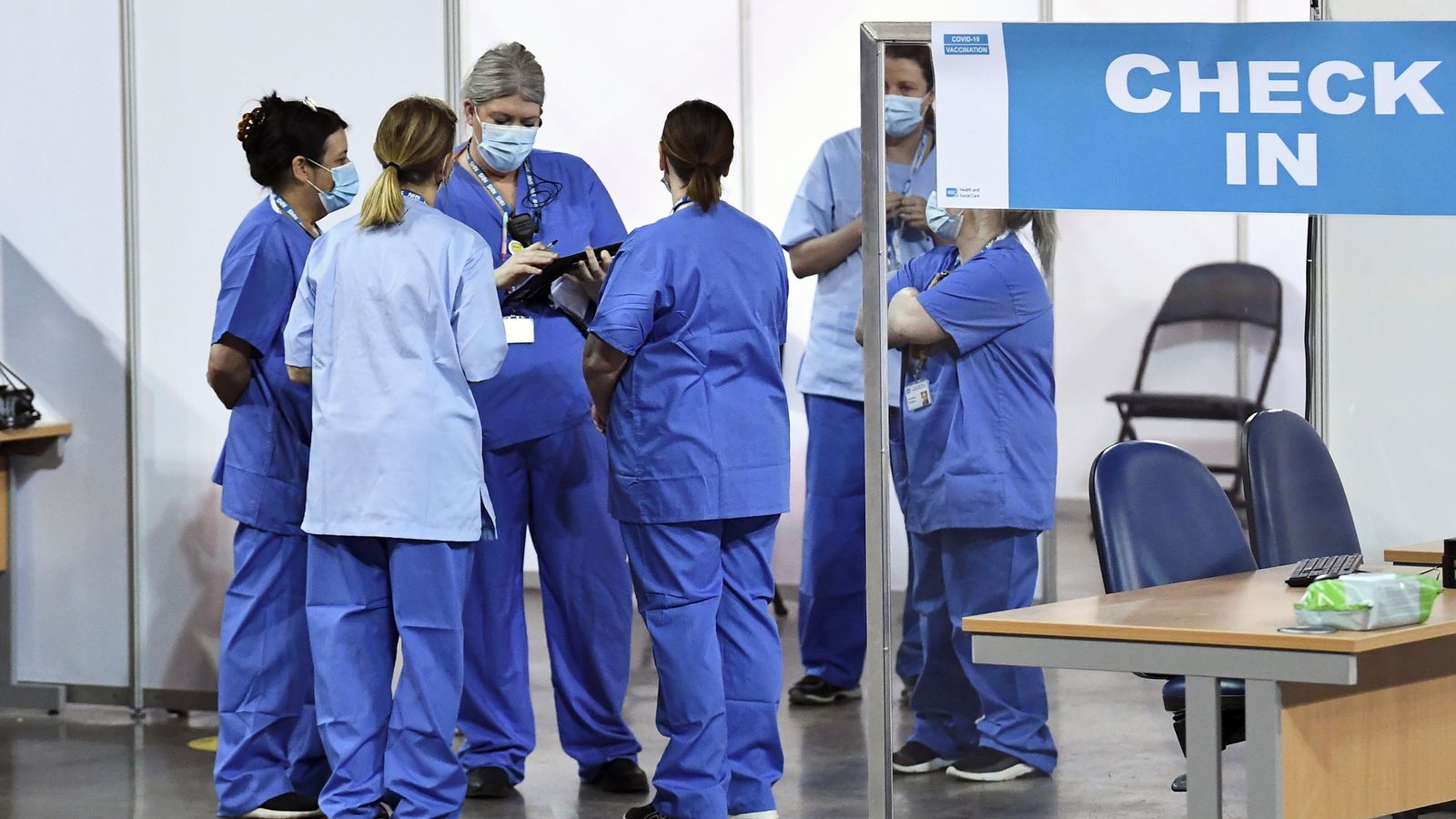 People aged 36 and 37 will be offered the coronavirus vaccine this week, Matt Hancock has said.

Addressing MPs in the Commons, the health secretary announced the extension of the vaccine rollout after 38 and 39-year-olds were able to book in for a vaccine last week.

He is urging people to get the jab as cases of theIndian COVID variant continue to rise.

He said there are now more than 2,000 confirmed cases of the variant in the UK – of which 483 were in Bolton and Blackburn with Darwen.

Cases had doubled in the past week – with 19 people in Bolton hospitalised with the variant and eight in Blackburn.

Mr Hancock revealed there were 86 local authorities where there are five or more confirmed cases of the Indian variant and said surge testing will take place in Bedford following a rise in cases.

In Bolton, a rapid response team has been “surged” into the area, including the deployment of 50 additional vaccinators, the opening of two new vaccination centres and six testing centres.

The rate of vaccination there trebled over the weekend, with 6,200 people receiving a jab.

Further restrictions were lifted on Monday, with hospitality allowed to open indoor areas, gatherings of up to 30 people allowed outdoors and international travel permitted.

Guidance recently changed on the AstraZeneca jab, with under-40s being offered an alternative after a small number of blood clots were reported.

However, on Sunday, Professor Adam Finn, from the University of Bristol and a member of the Joint Committee on Vaccination and Immunisation (JCVI), was asked if the JCVI would look again at the recommendation that people under 40 should be offered alternatives to the Oxford-AstraZeneca jab if it means that it could speed up the rollout.

“Yes absolutely, that’s on the agenda, and if necessary that’s something that could be done,” he said.

“When we expressed a preference for non-AstraZeneca vaccines for this age group it was done in a very provisional way on the basis of everything going absolutely right.

“And if the evidence shows that the risk-benefit balance for people in their 30s is to be offered that vaccine then absolutely that recommendation will be changed.

“At the moment we don’t think that’s necessary, but it could well become a recommendation in the future.”

On Monday, the UK reported a further five deaths and 1,979 new cases of coronavirus.