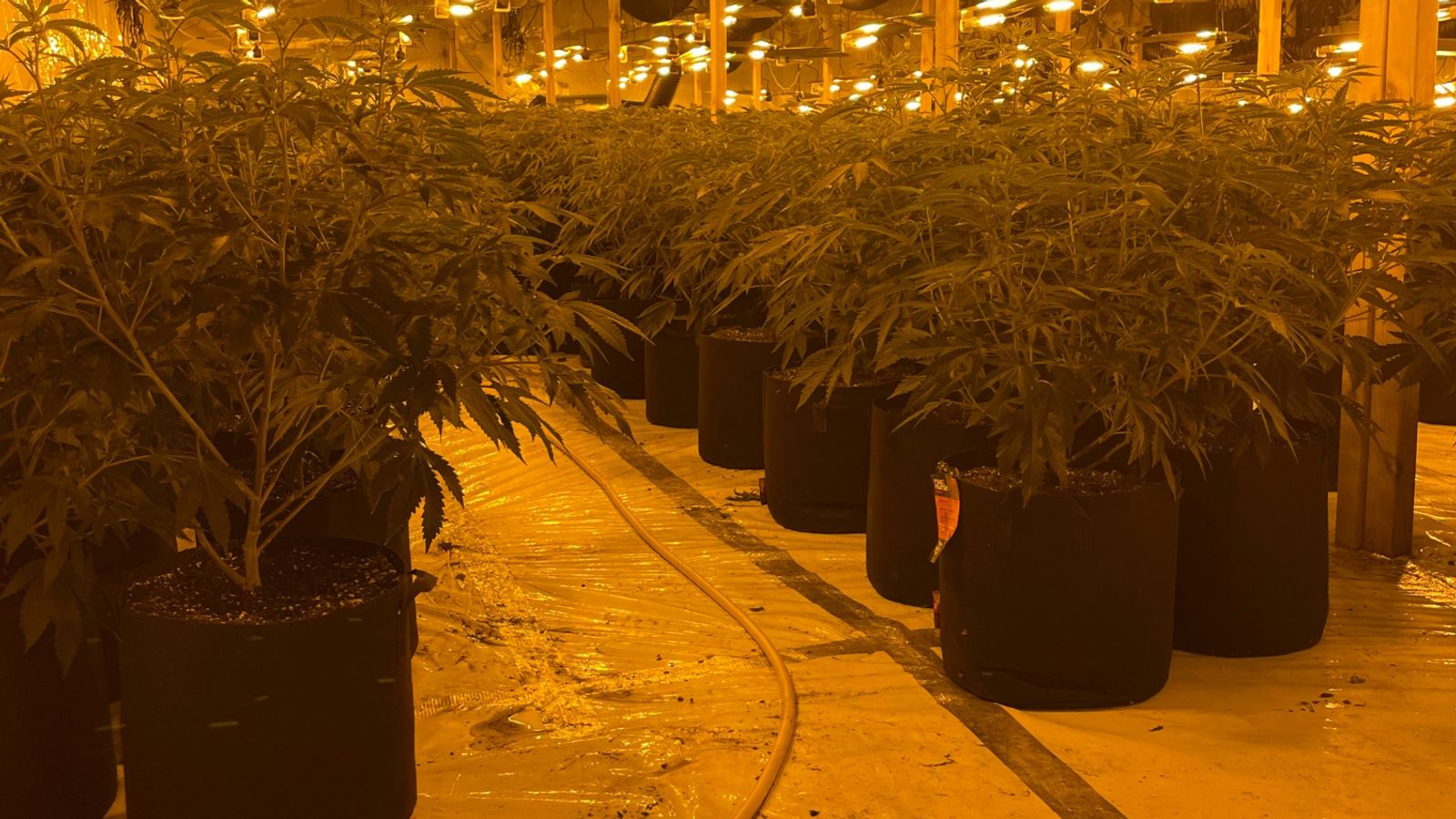 Two men have been arrested after police raided a major cannabis operation in a former bingo hall.

Two men, aged 29 and 38, were arrested on suspicion of the production of class B drugs and remain in custody.

Pictures showed a large room full of plants – reportedly more than 2,000 or so – and police used an electric saw to break into the disused building.

The building is also known as Gala Bingo, according to the Doncaster Free Press.

Inspector Adrian Luscombe, whose team led the operation, explained: “In Mexborough and the surrounding areas of Doncaster, we focus heavily on tacking organised crime gangs (OCG).

Image: Two men were held on suspicion of the production of class B drugs

“The groups of criminals who operate in our communities cause misery for many, and we are relentless in our pursuit of those who control their activity.

“Cannabis farms generate essential income that drives OCG activity, it’s not a ‘harmless’ drug in any way, shape or form.

“Often extremely vulnerable people are recruited to look after the grows, living in appalling conditions full of fear.

Image: The raid took place at a bingo hall in Doncaster

“Because of this, we invest significant resources in disrupting this activity and identifying those responsible.

“If you have information that could help us identify those who set up these farms it’s essential you come forward and tell us what you know.”