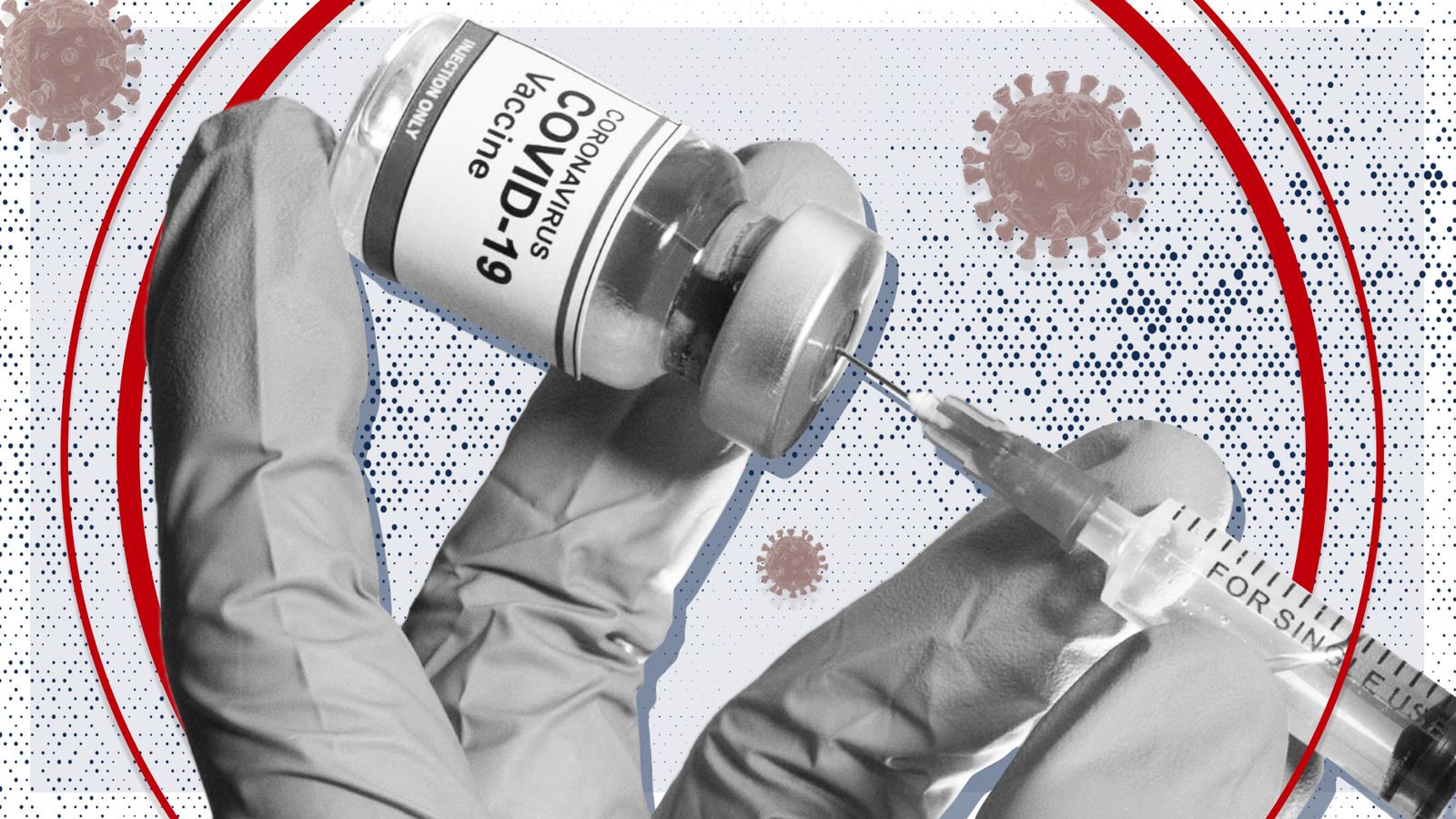 Concerns are rising about people being eligible to get a COVID-19 vaccine but not going to get it.

Health Secretary Matt Hancock said most of the 19 people admitted to hospital with the Indian variant in the hotspot of Bolton were eligible for a COVID-19 vaccine but had not had it.

But scientists and MPs have criticised the government for blaming vaccine hesitancy on the spread.

Sky News looks into whether there is a link between vaccine uptake and an increase in Indian variant cases.

The vaccines have been rolled out in the UK by age groups, starting with the oldest first, as well as those who are the most vulnerable.

Invitations are currently going out to 36-year-olds, and over-50s are having their second jabs brought forward from 12 weeks after the first dose to eight weeks on the advice of the Joint Committee on Vaccination and Immunisation (JCVI) over concerns about the faster-spreading Indian variant.

Sky News analysis estimates that more than 95% of those aged over 50 in England have had their first dose.

Uptake generally continues on a curve that corresponds with the JCVI advice of vaccinating down the age groups.

A lower percentage of 65-70 year olds have received their first vaccine than the age group above, but uptake in the 70-74 year olds is slightly lower than 60-65 year olds.

There are several reasons for people not taking up the offer of a vaccine:

• They do not want to

• They were pregnant (advice changed on 16 April so all pregnant women should now get the vaccine, preferably Moderna or Pfizer)

• They had COVID-19 when they were invited (you must wait 28 days from when you started feeling unwell or had a positive test before getting the vaccine).

Bolton, where the Indian variant was first prevalent, has seen a fairly average uptake in the vaccine compared with the rest of the nation – but has the highest COVID-19 case rate.

Further south, Bedford has also seen a sharp increase in cases of the variant, but has had an average uptake – and a high case rate.

Blackburn with Darwen, which has also seen a large number of Indian variant cases, has had a lower uptake than the other two areas but has a case rate that is catching up with Bedford.

So far, the numbers do not point to vaccine hesitancy being the reason for the variant spreading in those areas.

Data from the four areas with the highest number of cases show infections are lower in over-60s – a group more likely to be fully vaccinated. Younger people are the primary concern for passing it on.

Mohammad Yasin, a Labour Bedford MP, said: “Vaccine take-up has on the whole been impressive, so I’m not comfortable at all that the government’s response to the Indian variant taking hold is to point the finger at the public when it’s quite obviously their failure to keep our borders safe from new variants that’s the real problem here.”

Dr Zubaida Haque, a member of the government’s scientific advisory group SAGE, said Mr Hancock’s conclusion appeared “to be based on hospitalisations in Bolton of 18 people, of which a third have been vaccinated”.