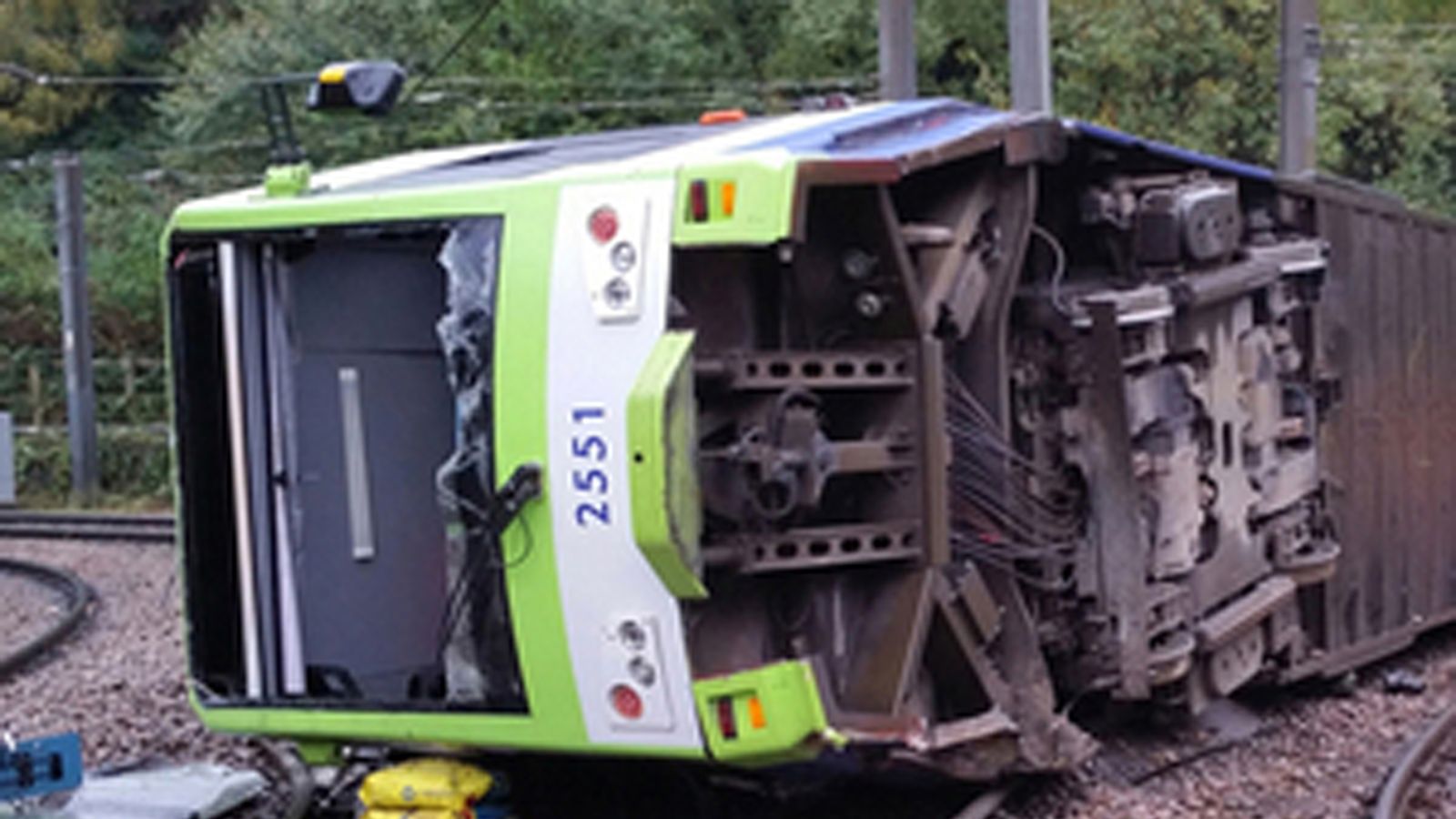 The families of seven people who were killed when a tram came off the tracks in Croydon four-and-a-half years ago have paid tribute to their loved ones at the start of an inquest into the deaths.

Mark Smith, 35 and Donald Collett, 62, both from Croydon, were also killed, while a further 51 were injured.

Image: (From left) Dane Chinnery, Mark Smith, Philip Seary and Dorota Rynkiewicz were among the seven killed in the crash

Tracy Angelo spoke of her father Mr Collett and broke down in tears as she recalled him giving the “tightest cuddles”.

She said her family experienced the “darkest days of our lives” after his death.

Ms Angelo said her father would advise her to “sleep on it” when she had a problem, telling her “things would always look better in the morning”.

“Unfortunately though, this piece of advice has not been something that I can say is true since 9 November 2016, things have not looked better in the morning for any of us without dad’s smiling face in our world,” said Ms Angelo.

The 14-week inquest was due to begin in October 2020 but was postponed due to the coronavirus pandemic.

A coroner will hear evidence about how a tram was derailed after taking a bend in the track at almost four times the speed limit.

Image: The inquest was due to take place in October 2020 but was delayed due to the pandemic

Mr Huxley’s son Ross struggled to hold back tears as he described his dad as “one of life’s true gentlemen”.

“Loyal, dependable and totally committed to his devoted family of whom he was so very proud, all those who had the pleasure of meeting Bob have a gap appear in their lives that can never be filled,” said Mr Huxley.

Some of the victims’ relatives are disappointed that the driver of the tram, Alfred Dorris, will not be speaking at the hearing.

He never faced criminal charges, but a report by Rail Accident Investigation Branch said he may have fallen into a “microsleep” for up to 49 seconds before the crash.

Mr Dorris has been diagnosed as unfit to attend the inquest.

Image: The tram slid for 25 meters on its side before coming to a halt

Beverley Gray said of son Dane Chinnery: “He should be here living his dreams. Not a day goes by that I don’t think about him and what he would have become.”

When she initially heard about the crash, she didn’t worry because she thought her son had caught an earlier tram.

But later that day she found out he hadn’t turned up for work.

“I will never see him grow up, get married or have children,” said Ms Gray.

COVID-19: In hard-hit Blackburn there is huge grey area over who is eligible for a vaccine and the criteria is vast