Pose star Billy Porter has spoken for the first time about being HIV-positive, after being diagnosed 14 years ago.

The 51-year-old, who plays sharp-tongued emcee Pray Tell in the series – who is also HIV-positive – told the Hollywood Reporter the year he was diagnosed was the worst of his life.

But he said the COVID pandemic had made him re-evaluate his situation and look at it with a new positivity.

Image: Porter won an Emmy in 2019 for playing Pray Tell in Pose

“This is what HIV-positive looks like now,” the 51-year-old star said, and vowed: “I’m going to die from something else before I die from that.”

In a candid interview, the American Horror Story actor said: “I was the generation that was supposed to know better, and it happened anyway.

“It was 2007, the worst year of my life. I was on the precipice of obscurity for about a decade or so, but 2007 was the worst of it. By February, I had been diagnosed with Type 2 diabetes. By March, I signed bankruptcy papers. And by June, I was diagnosed HIV-positive.

“The shame of that time compounded with the shame that had already (accumulated) in my life silenced me, and I have lived with that shame in silence for 14 years. HIV-positive, where I come from, growing up in the Pentecostal church with a very religious family, is God’s punishment.”

Porter said he told few people about his diagnosis, not even his mother, adding: “I was trying to have a life and a career, and I wasn’t certain I could if the wrong people knew.

“It would just be another way for people to discriminate against me in an already discriminatory profession. So I tried to think about it as little as I could. I tried to block it out.”

Porter made his name on Broadway, winning a Tony Award for his role in the musical Kinky Boots in 2013.

He won an Emmy in 2019 for playing Pray Tell in Ryan Murphy’s acclaimed TV drama Pose and he earned Golden Globes nominations for best TV drama actor in both 2019 and 2020.

He said the COVID crisis made him confront his trauma, and he eventually “ripped the Band-Aid off” and told his mother on the day of filming the final episode of Pose.

He used his character in Pose as a proxy, he said, adding: “I was able to say everything that I wanted to say through a surrogate. As a black person, particularly a black man on this planet, you have to be perfect or you will get killed. But look at me. Yes, I am the statistic, but I’ve transcended it.

“This is what HIV-positive looks like now. I’m going to die from something else before I die from that. My T-cell levels are twice yours because of this medication.

“But I go to the doctor, and I know what’s going on in my body. I’m the healthiest I’ve been in my entire life. So it’s time to let all that go and tell a different story. There’s no more stigma – let’s be done with that. It’s time.

“I’ve been living it and being in the shame of it for long enough. And I’m sure this will follow me. I’m sure this is going to be the first thing everybody says, ‘HIV-positive blah, blah, blah.’

“OK. Whatever. It’s not the only thing I am. I’m so much more than that diagnosis. And if you don’t want to work with me because of my status, you’re not worthy of me.”

Pose is in its third season, while Porter is writing a memoir, working on a Netflix documentary about his life, and will play a genderless Fairy Godmother this year in a new film take on Cinderella, scheduled for release in September. 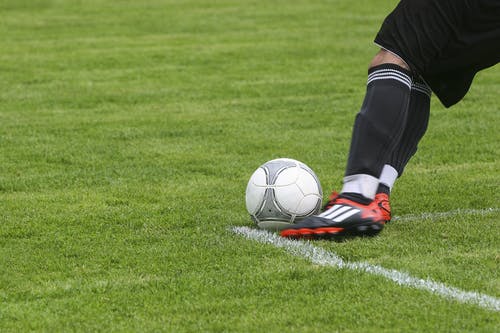