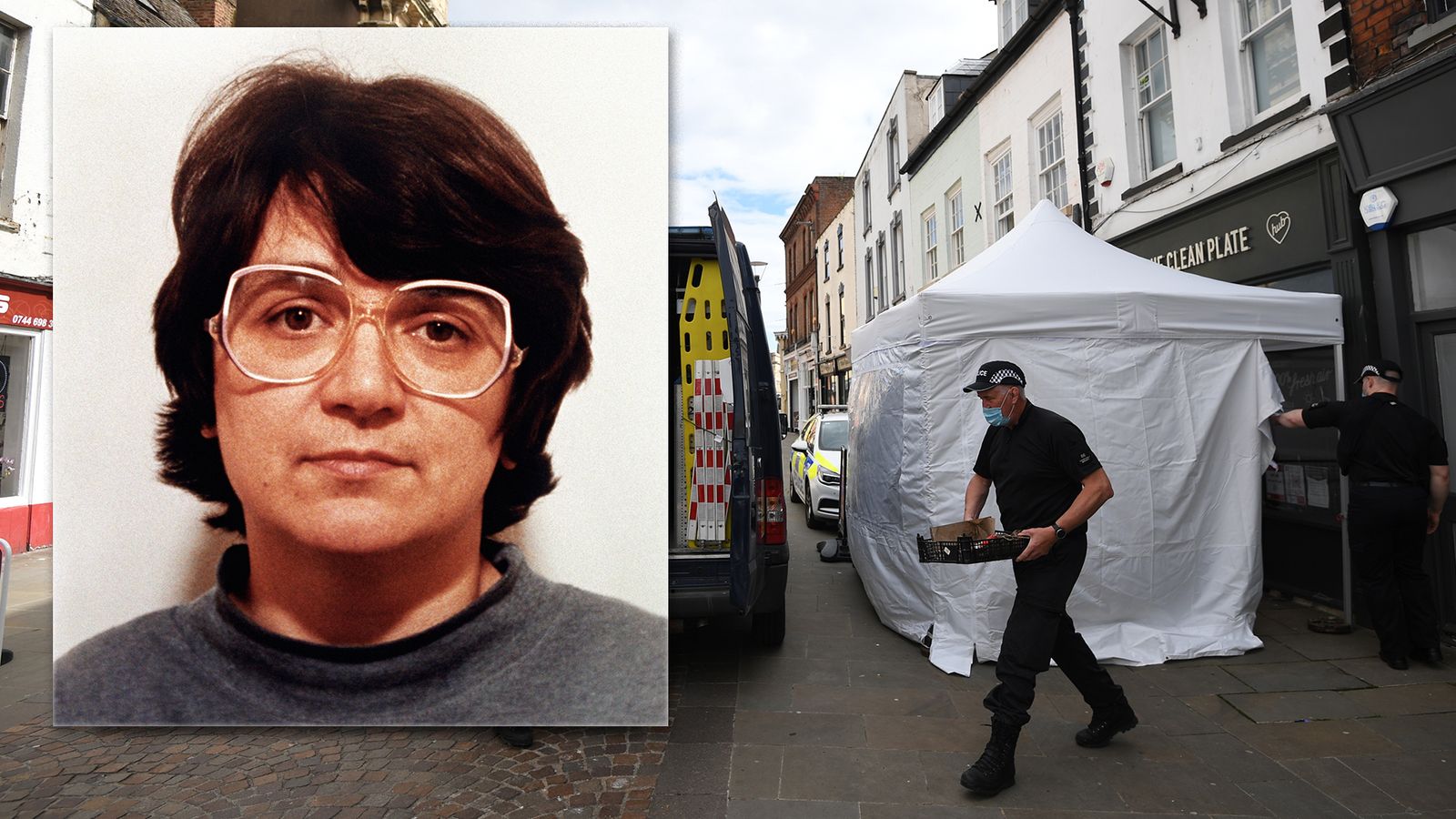 Rosemary West could be questioned over the disappearance of missing schoolgirl Mary Bastholm, say police.

Detectives are preparing to dig up the cellar of a Gloucester cafe after “possible evidence” she could be buried there.

The 15-year-old went missing in 1968 and there has long been a suspicion that serial killer Fred West may have killed her.

Image: Fred West has long been suspected over the disappearance of Mary Bastholm

West was a regular at the cafe and knew Mary through her job as a waitress, said Detective Chief Inspector John Turner.

The “house of horrors” killer committed at least 12 murders – most of them with wife Rosemary.

He took his own life in prison in 1995, aged 53, but she remains locked up in a Yorkshire prison serving a whole life sentence.

Mr Turner said it was his “understanding that Mary disappeared before Fred met Rosemary, but that she might still be questioned”.

“As and when we know more, I will then consider whether people need to be interviewed and spoken to and Rose West may be one of those people,” he said.

Investigations at the Clean Plate cafe were prompted by a TV production team, who took a picture of blue material in one area of the cellar. Mary was wearing a blue coat, dress and bag when she disappeared.

Many of the Wests’ victims, who were all young women, were found buried in the cellar or garden of their house.

Image: Police were seen carrying objects out of the cafe on Tuesday

Forensic archaeologists have confirmed they have found “six voids” in the cafe and the excavation is set to start on Wednesday.

Two of the voids were found by the TV crew and four by the forensics teams.

Mr Turner said one had been uncovered by a detection dog in a toilet block in the basement.

“Below the surface of the concrete and tiles, there is a void – a hole within the ground – which is an anomaly,” said the chief inspector.

He added: “What the GPR [ground penetrating radar] won’t say is what is in that void – but what it does say is there is a hole or a void in the ground.”

They will be excavated “methodically and meticulously one at a time” in a process expected to take about two weeks.

The search has been slow as the cafe sits above an ancient burial ground going back to Roman times, Mr Turner said.

Police were also seen removing objects from the cafe on Tuesday, including a number of wooden doors.

COVID-19: In hard-hit Blackburn there is huge grey area over who is eligible for a vaccine and the criteria is vast