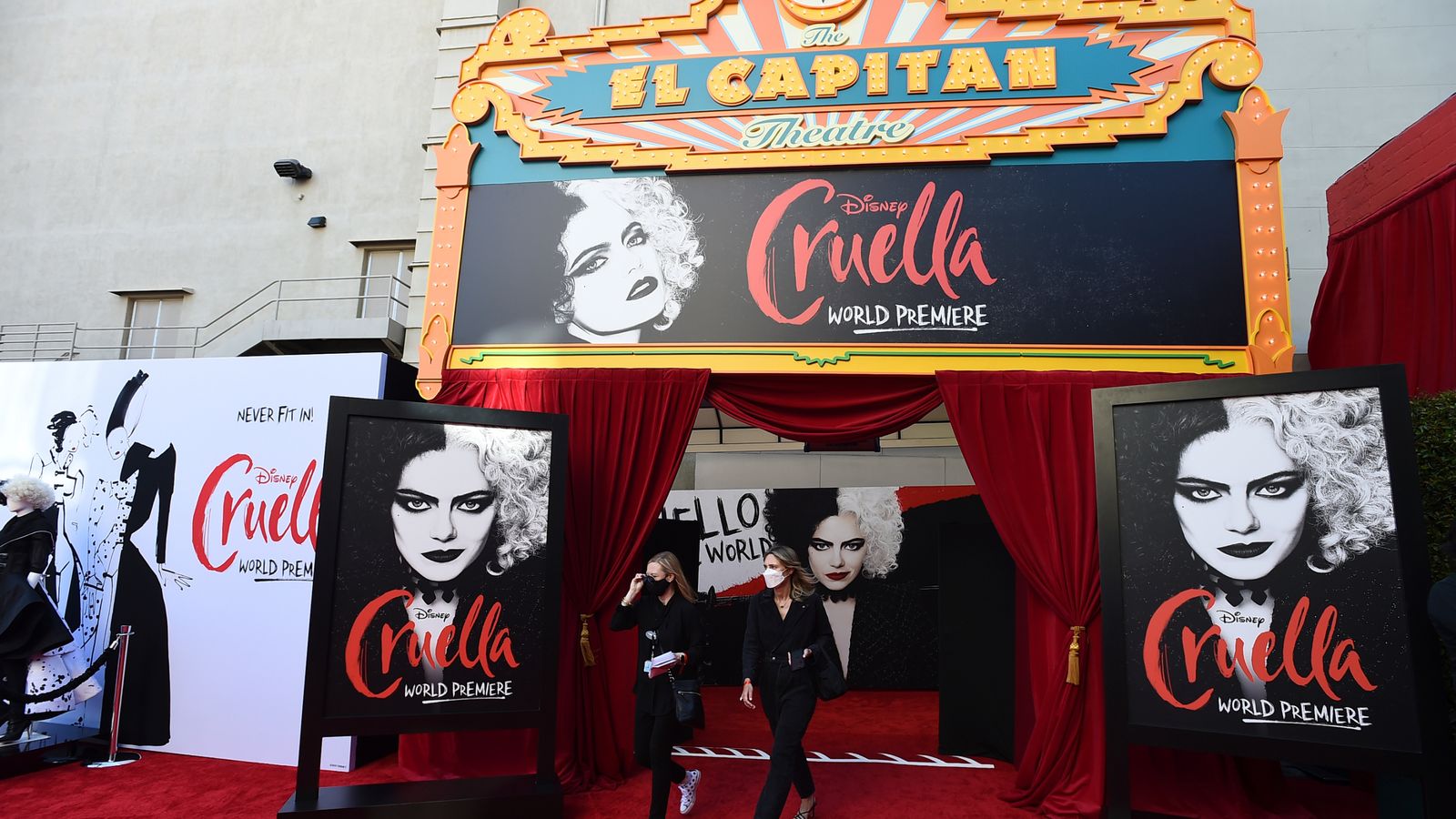 Stars of upcoming Disney film Cruella have walked up the red carpet as part of the first major film premiere in more than a year.

Actresses Emma Stone and Kirby Howell-Baptiste were among those who headed to Disney’s El Capitan theatre in Los Angeles on Tuesday night, marking another major milestone for the film industry.

Cruella, which is the origin story of the 101 Dalmatians villain Cruella De Vil, will be one of Disney’s first films in more than a year to open in cinemas next week, as well as getting a release on its streaming platform Disney+.

The event at the legendary LA cinema was still adapting to the new pandemic-inspired normal, with social distancing still being enforced.

There was also a reduction in numbers on the red carpet and inside the theatre, with many of the film’s British stars, such as Emma Thompson and Joel Fry, notably absent from proceedings.

In a break with film premiere tradition, press were not allowed inside the screening, making it a somewhat private affair.

The US is pressing on with its reopening following the COVID-19 closures, with the country’s Centers for Disease Control and Prevention advising that those who have been fully vaccinated are able to remove masks and continue with a pre-pandemic normality.

Throughout the pandemic, Disney has released several films straight on to its streaming service, including the live-action Mulan, new animation Raya And The Last Dragon, Pixar’s Soul and Oscar best picture-winning Nomadland.

The company is moving forward with hybrid releases meaning people can watch its films in the cinema or at home, albeit for an additional fee.

Opening alongside Cruella in the UK is thriller A Quiet Place 2, monster-smash Godzilla vs Kong and family friendly Peter Rabbit 2.

Croydon tram crash: Driver may have been in ‘microsleep’ at time of fatal accident, inquest hears