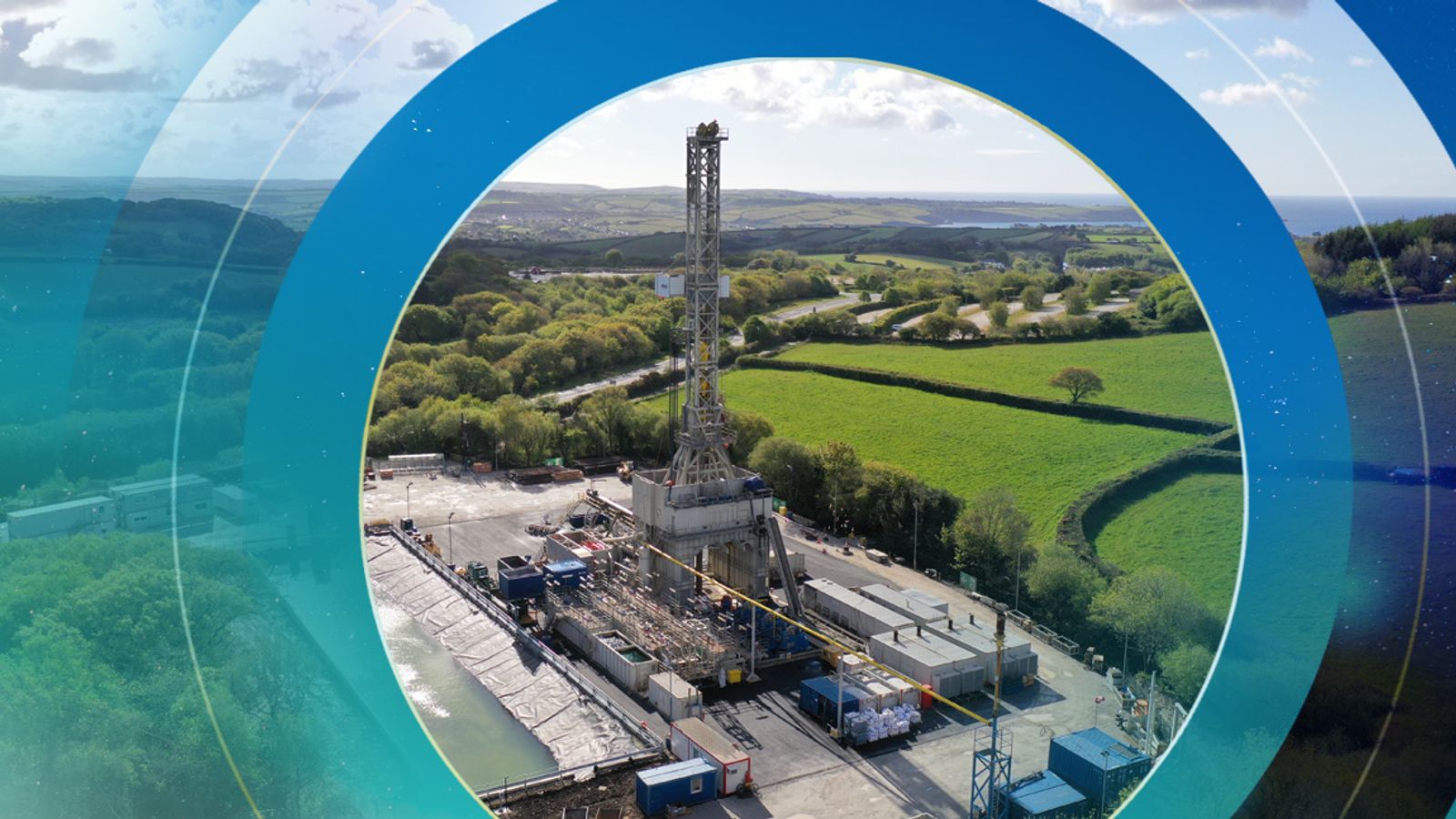 Engineers have begun drilling three miles into the Earth’s crust in search of sustainable round-the-clock energy for the world-famous Eden Project.

The 450-tonne rig is hammering through the Cornish granite to reach hot rocks that form a spine along the South West Peninsula.

Surveys suggest that water pumped down the borehole and back to the surface could reach 180C, enough to heat the domed glass biomes of exotic plants – and drive a 4-megawatt steam turbine to produce all the electricity the site needs.

Sir Tim Smit, the co-founder of the Eden Project, told Sky News: “It’s going to provide baseload, which is the holy grail of energy.

“The argument from those who were anti-renewables was ‘when the wind don’t blow, and when the sun don’t shine, you have a problem’.

“Now you haven’t – this will provide you energy 24/7 when you want it, to fill in for all the other energy sources, so it’s a wonderful triumvirate of power sources.”

Geothermal energy could be tapped across large areas of the UK, north and south.

Image: The Eden Project in Cornwall, as drilling, begins. This project is part of a scheme to produce geothermal energy in the UK

The rocks are hot enough in some parts to produce around 9.5-gigawatts (GW) of electricity in steam turbines. That’s 20% of the total UK demand.

Elsewhere even slightly cooler rocks could provide 100GW of energy – enough to theoretically heat every home and business in the country.

But the Eden scheme has cost £17 million so far, an up-front cost that has held back the industry in the UK.

Alok Sharma, President of the COP26 Climate Conference in Glasgow, was shown around the plant.

He said incentives and innovation will help.

“At one point offshore wind was quite expensive to generate but because we supported it through the contracts for difference auction processes, we have managed to build the biggest offshore wind sector in the world,” he said.

“So, if you are creating revenue mechanisms it is possible for new industries to come through.”

The Eden plant is being built in two stages.

Listen and follow ClimateCast on Spotify, Apple Podcasts, or Spreaker

The first will drill a well to a depth of 1.8 miles (2.9km) over the next five months to confirm enough hot water can be pumped to the surface.

If that is successful the borehole will be extended deeper and a second added a short distance away.

Water will be sent down one heavily insulated pipe, through fractures in the rock, where it will pick up heat from the Earth’s core, and returned to the surface through the second borehole.

When complete the site will take up no more space than a football pitch.

Geothermal energy has already taken off in Germany, where 22,000 people are employed in an industry that saved 1.7 million tonnes of carbon in 2017.

COVID-19: More than 70% of UK adults have now had a first coronavirus vaccine dose