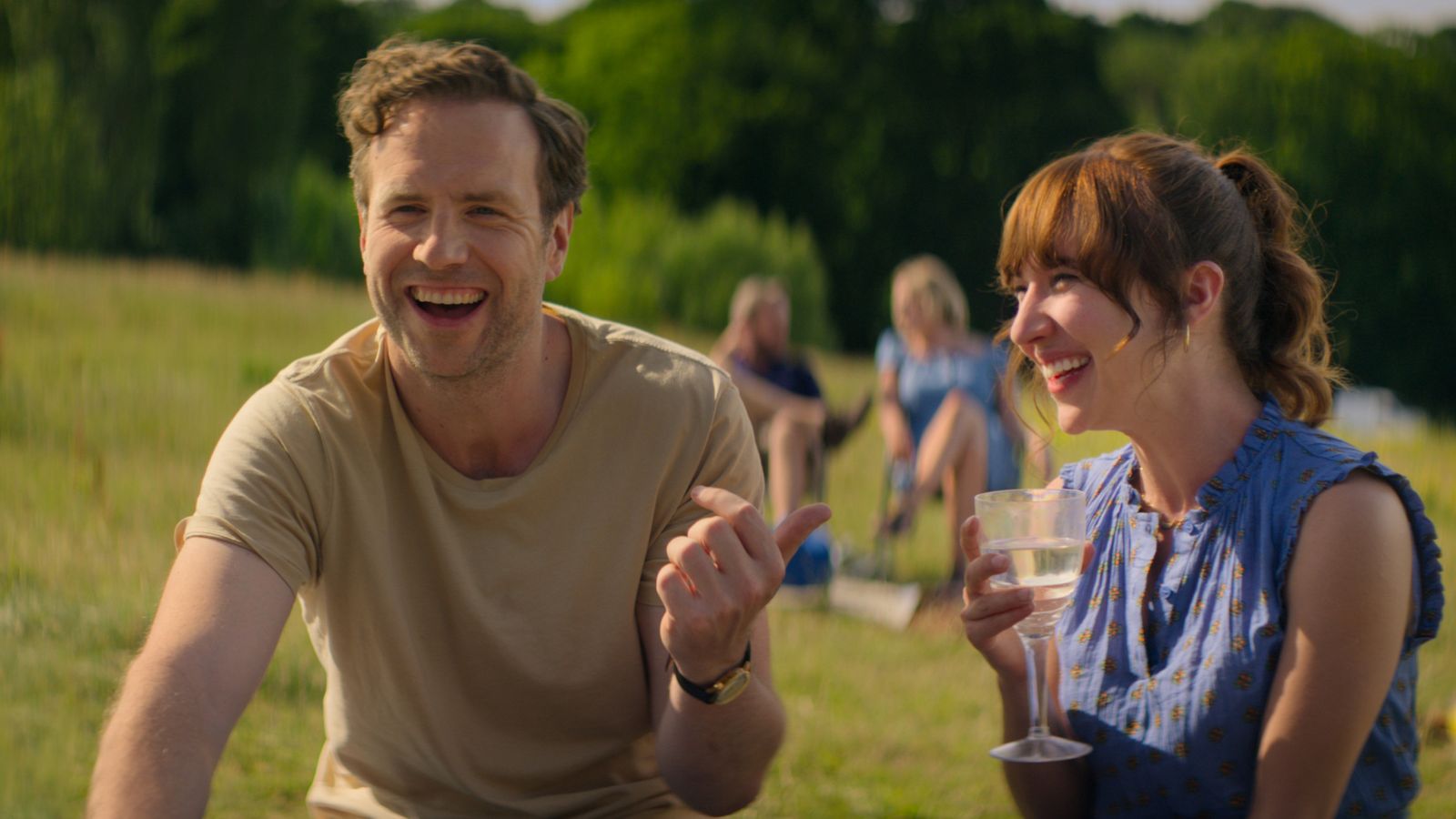 In the parenting comedy Trying, Rafe Spall plays a man trying to navigate the adoption system in order to start his family.

But in real life, like many parents who have been stuck at home with their kids during the last year, he’s struggled with the realities of having his family around him all of the time.

“We’re very unique as parents now… we’ve experienced something that no one else in the last thousand years, really, or five hundred years has experienced, which is having our children at home for a prolonged period of time, which is a blessing and a curse in equal measure,” he explained to Sky News’ Backstage Podcast.

“No one has spent as much time with their kids as we bloody have, and perhaps if you knew that was going to be the case, you might have thought differently about having them,” Spall laughed.

“But no, not really, I mean it’s been amazing… Also, you know, not to be sort of earnest and trite about it, but you realise how lucky you are to have kids and to conceived kids naturally when it’s so difficult for so many people.”

And it’s that difficulty which is explored in Trying, which has returned for a second series on Apple TV+

While the first season followed the two main characters Jason and Nikki – played by Spall and Esther Smith – as they went through the rigorous process of trying to get accepted by an adoption agency, this series sees them trying to match with a child, which they soon find is equally difficult.

“Much heartbreak and hilarity ensues, and that’s the secret of the show – it’s funny, it’s easily digestible, as it were, it’s really nice to sit there in an evening and hang out with these likeable characters, but at the same time, it’s dealing with quite important issues and things that people watching are going through right now,” Spall explained.

“So you want to deal with those sensitively and you want to sort of surreptitiously deliver moments of pathos, all dressed up in in humour, comedy, warmth and lightness.

“And the writer Andy [Wolton], and the director Jim [O’Hanlon – whose other credits include the hit parenting comedy Catastrophe], have done a really good job of enabling that.”

For Smith, who plays the immensely likable, but often anxious Nikki, it was a joy to return to the character.

“She really makes me laugh, her choices are so interesting but also, as in series one when I first read the script, I just I wanted to spend time with these people and that still was the case coming in to series two,” she told Sky News.

“And it actually didn’t feel like we’d had any time apart, it felt like that whole year that we’d had not shooting, coming back on to day one was just a lovely continuation from series one and where we’d left off.”

In the show Imelda Staunton – who has been cast as the Queen in the next series of The Crown – plays the couple’s social worker.

Smith says it’s wonderful having her on set, adding: “She’s just like this gorgeous sprite!

“She’s so fun, and you can’t help but learn off her as well because she’s a legend, she’s brilliant at what she does.”

“I feel so privileged that I get to work with her, but she’s also just this normal fun person.”

He joked: “She now insists that Esther curtsies when she comes in, and, you know, I have to bow and refer to her as your majesty.”

“She’s got very, very grand since her coronation, put it that way.”