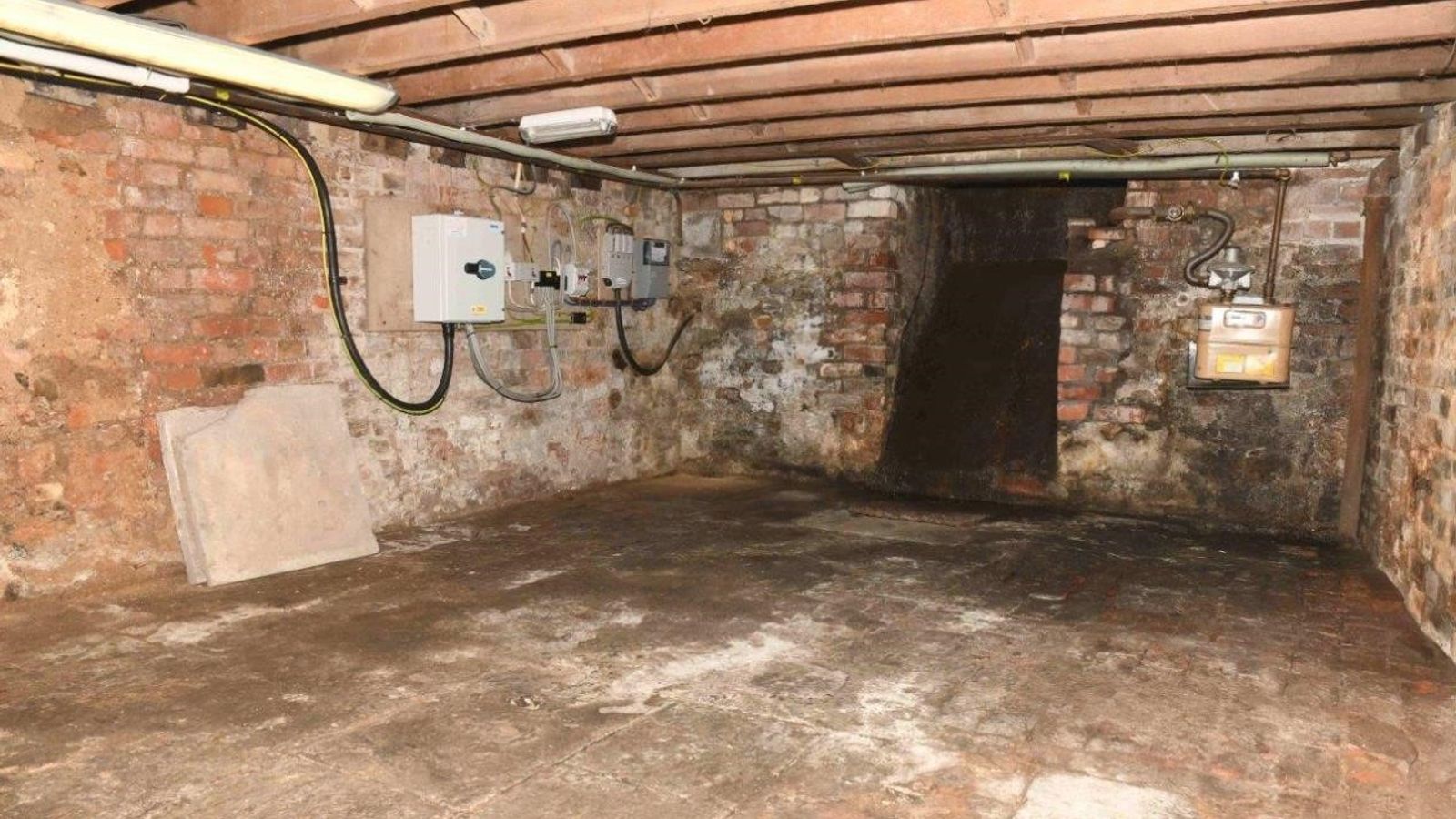 Police searching for the remains of a suspected victim of serial killer Fred West have released the first images of the cafe cellar being excavated.

The Clean Plate cafe in Gloucester has been linked to the 1968 disappearance of Mary Bastholm, who worked there.

Officers are searching the property after a film crew discovered evidence of structural anomalies in the floor of the cellar.

Image: The cellar where excavation work is being carried out Image: The Clean Plate cafe in Gloucester has been linked to the 1968 disappearance of Mary Bastholm

Gloucestershire Police reignited the search after receiving “possible evidence” from the TV production company to suggest the body of the missing girl could be buried at the location.

Officers and forensic archaeologists have begun excavating the cellar in the past few days.

One of the findings presented to police was a photo taken by the production company of what appeared to be blue material buried in one area of the cellar.

Image: A photo taken by the TV crew is said to show blue material buried in one area of the cellar Image: ‘Voids’ were discovered under the basement’s toilet block

Mary had been wearing a blue dress and blue coat and had a blue bag with her on the day she vanished.

Forensic archaeologists have confirmed that there are a number of structural anomalies within the cellar that warrant further exploration and six voids in the floor will be examined.

COVID-19: Over 37 million people in UK have now had first coronavirus jab