Prince Harry: The timing of royal’s mental health documentary could not feel any more relevant 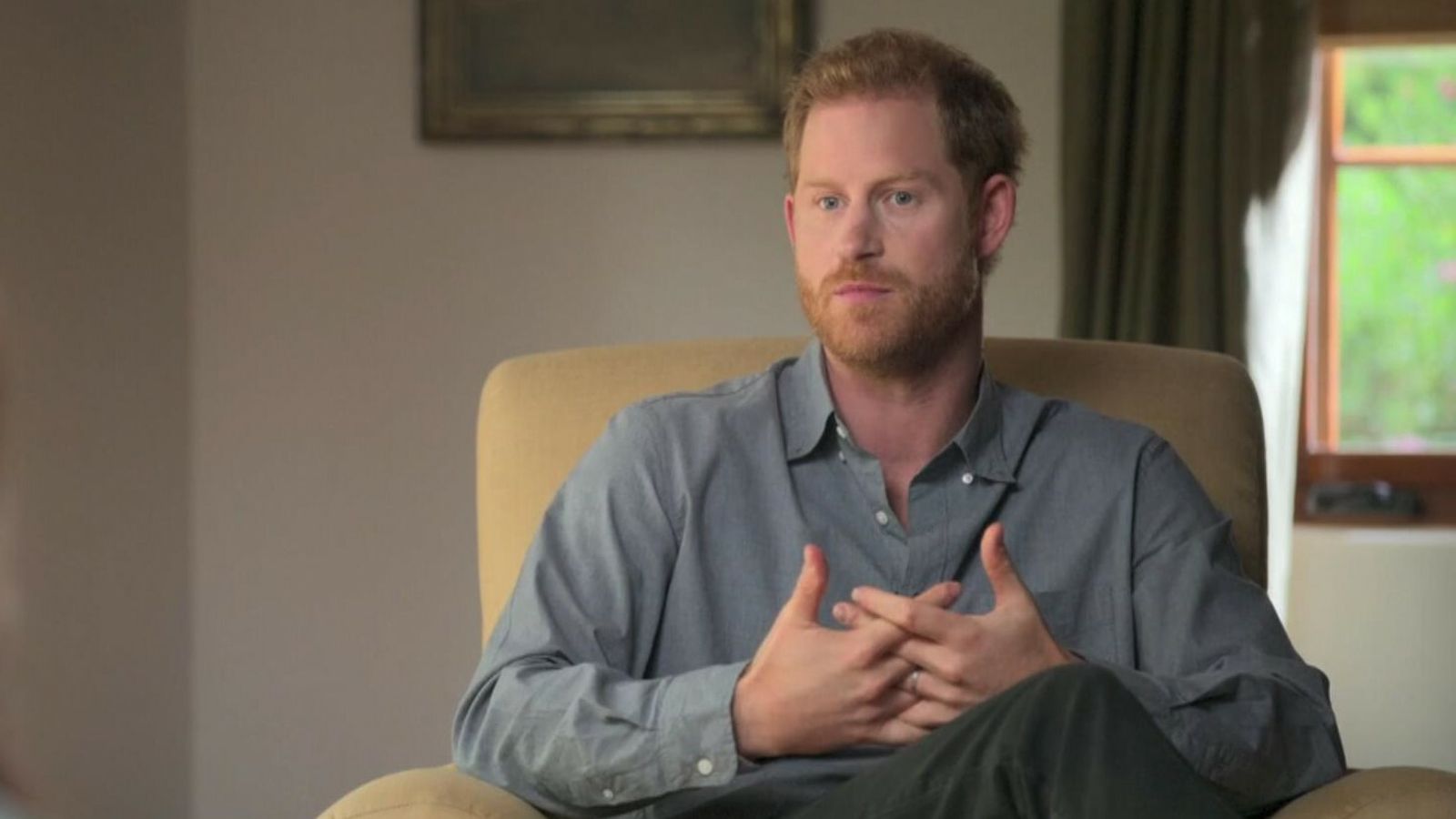 The timing of the release of Harry’s programmes made with Oprah could not feel any more relevant.

Just hours after both of Princess Diana’s sons condemned the BBC for the deceitful tactics used to secure the Panorama interview with her, Prince Harry has described in the most vivid terms how the way his mother was treated by the press sent him on a spiral of self-doubt and depression.

We have heard him say similar things in the past, but this time they are no less shocking.

How on the day of his mother’s funeral he was “just walking along doing what was expected of me”, how he remembers as a small boy being in the car as his mother was chased by the paparazzi “every day until she died”.

His sense of anger that there was no justice when she died.

It feeds into the debate and discussion of what this means for the BBC.

Was the Panorama interview a further reason for Diana’s continued paranoia? Harry specifically said how he believes the ripple effect of “unethical” practices “ultimately took her life”.

But it will also be an uncomfortable watch for the rest of the Royal Family, and does feed the narrative that the rifts between the Sussexes and the rest of the family are far from near healing.

He again blames the family for not helping the couple, every request met with “total silence or total neglect”.

He again talks of “feeling trapped” saying that “feeling controlled through fear, both by the media and by the system itself which never encouraged the talking about this kind of trauma”.

“Certainly now I will never be bullied into silence,” he said.

And that is what we’re seeing play out in a way you simply would not expect from a member of the Royal Family.

The programmes with Oprah have been in the making for a couple of years but this feels like Harry has again felt unleashed to say what he wants, in a way he wouldn’t have just over a year ago when he was still a working royal.

The series does feature a whole host of other famous faces, Oprah, Glenn Close and Lady Gaga to name just a few.

Image: Princess Diana with Prince William and Prince Harry in 1995

But with the continued global interest in Harry and Meghan, fuelled further by their previous interview with Oprah, it was probably inevitable that by speaking out himself Harry would again become the main attraction of this latest series.

With his confessions about turning to drink and drugs to cope, he has again fed the kind of stories about their private life that they described as clickbait and have been so desperate to escape.

You can’t avoid the fact that some people have become cynical about Harry and question why he has opened up so much and continues to talk.

But with mental health such a subject of the moment, a topic that still needs high profile individuals to help break down the stigma, there will be an audience that will appreciate the programmes for what Harry hoped they would be.

An exploration of mental health, a message to everyone that it’s okay to talk, whoever you are.