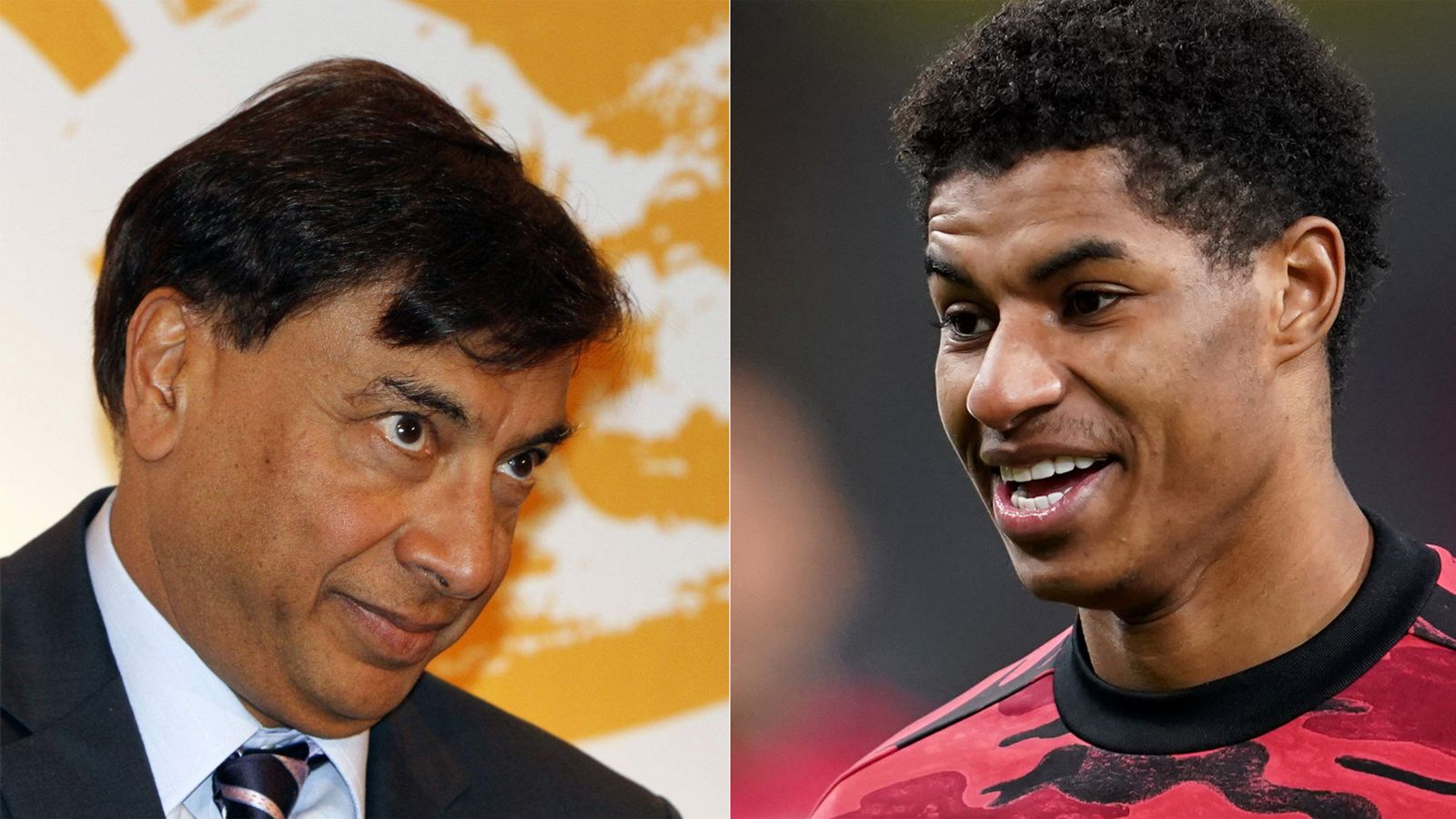 The UK’s richest person is Sir Len Blavatnik – with his wealth increasing by £7.2bn this year to £23bn, according to The Sunday Times Rich List.

Footballer Marcus Rashford, meanwhile, tops the paper’s Giving List having raised or donated more than 125% of his own wealth.

Sir Len, a dual UK-US citizen, was born in Ukraine and his company owns most of Warner Music as well as interests in real estate, chemicals and telecoms. He also has his own philanthropic foundation.

He moves up from fourth, replacing British inventor Sir James Dyson – who relinquished the top spot despite gaining £100m this year (£16.3bn).

Others to have made billions more against the backdrop of the pandemic include familiar Rich List names David and Simon Reuben, and Lakshmi Mittal and family.

The Reuben brothers came from humble beginnings in London to build a property empire that’s now worth more than £21bn (up £5.465bn), and stand second on the list.

Indian steel magnate Lakshmi Mittal and family have also raked in another £7.9bn, leaping to fifth with an estimated £14.68bn fortune.

It’s been a lucrative year too for Chelsea owner Roman Abramovich.

Despite being a year in which tens of thousands lost jobs due to the COVID downturn, a record 24 new billionaires appear in the Sunday Times Rich List – 171 in total.

It’s not all about making money – Manchester United star Rashford is top of the Giving List after his high-profile campaign on free school meals and food poverty.

Liverpool captain Jordan Henderson is sixth on the list after his #PlayersTogether initiative raised £4m for the NHS. That amounts to 16% of his £25m personal fortune.

Charities also received hundreds of millions thanks to a few wealthy individuals such as Lord Sainsbury, Sir Chris Hohn and Alan Parker.

Alex Chesterman, the founder of Cazoo, the online car dealing service, is also on the list for the first time – in 215th position – but still with £750m.

“The fact many of the super-rich grew so much wealthier at a time when thousands of us have buried loved ones and millions of us worried for our livelihoods makes this a very unsettling boom.”

The Sunday Times says its list is based on identifiable wealth, including land, property, other assets such as art and racehorses, or significant shares in publicly quoted companies. It excludes bank accounts.