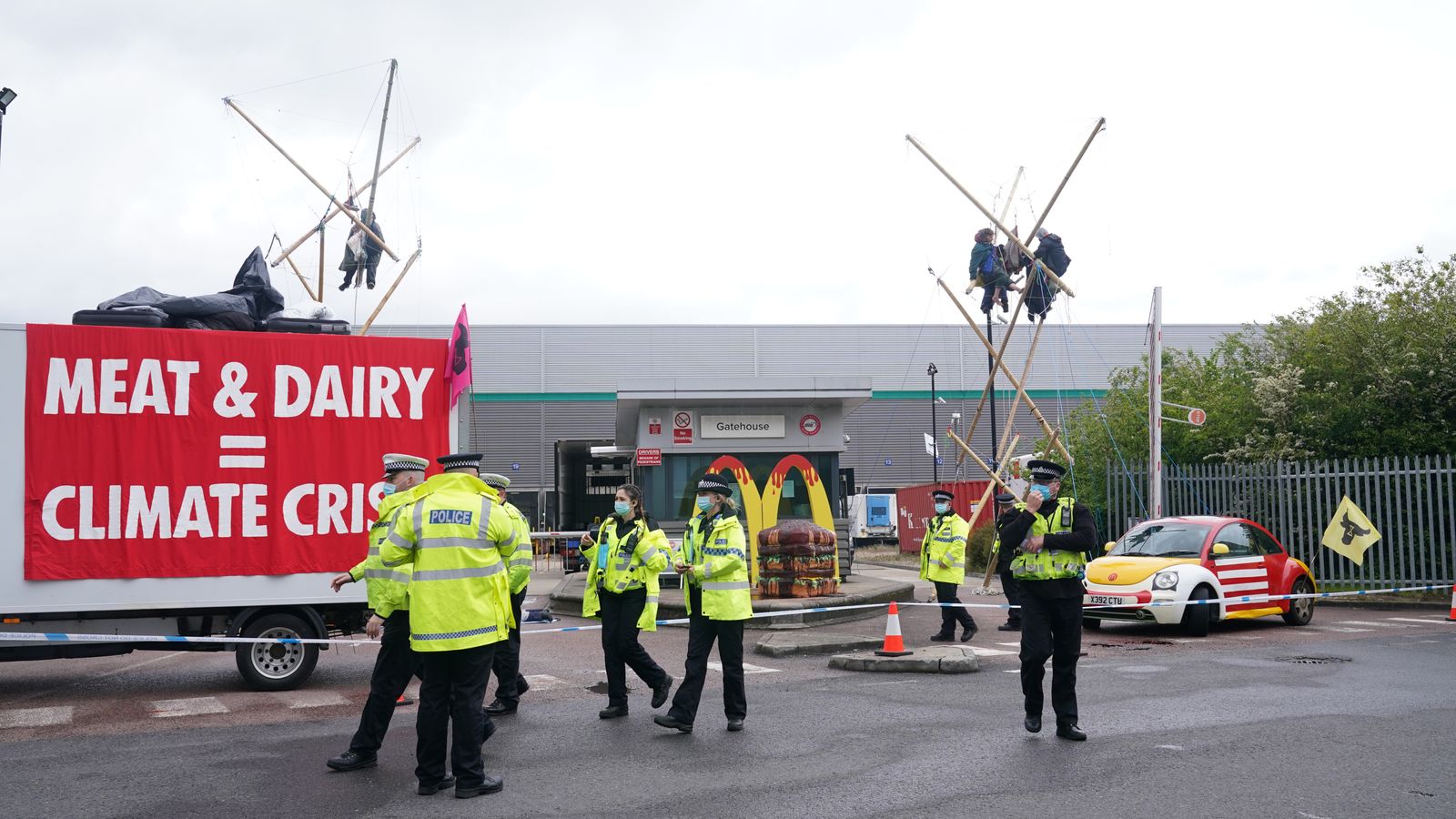 McDonald’s has apologised to customers for “any disappointment caused” after animal rights protesters blockaded four of its distribution centres.

Animal Rebellion is using trucks and bamboo structures at sites in Hemel Hempstead, Basingstoke, Coventry and Heywood, Greater Manchester, to stop lorries from leaving depots in a bid to disrupt supply to around 1,300 restaurants.

The demonstrators are demanding McDonald’s commit to becoming fully plant-based by 2025.

Image: McDonald’s says it is assessing the impact on its restaurants and menu items

“We are assessing the impact on deliveries to our restaurants and to menu items.

“We apologise to our customers for any disappointment caused.”

Animal Rebellion said it intends to remain at the sites for at least 24 hours, causing “significant disruption” to the firm’s supply chain.

In a video posted on Twitter, a protester in Coventry said the demonstration “feels like the absolutely right thing to do”.

She added: “We are in the middle of a climate and ecological emergency and we are still consuming huge quantities of meat on a scale that is just not sustainable for our planet.”

Greater Manchester Police said officers at the demonstration in Heywood were helping to “maintain safety whilst facilitating the right to peaceful protest” and “there is minimum disruption to the local community”.

“This feels like absolutely the right thing to do. We’re in the middle of a climate and ecological emergency but we’re eating huge amounts of meat. It’s unsustainable.” Well said! @McDonaldsUK we’re waiting for your reply. #plantbased pic.twitter.com/uxmkplOCjm

James Ozden, a spokesman for the group, said the action was aimed at challenging the animal agriculture industry for its part in the global climate crisis.

He said: “The meat and dairy industry is destroying our planet: causing huge amounts of rainforest deforestation, emitting immense quantities of greenhouse gases and killing billions of animals each year.

The group describes itself as “a mass volunteer movement using non-violent civil disobedience to help the transition to a plant-based food system”.