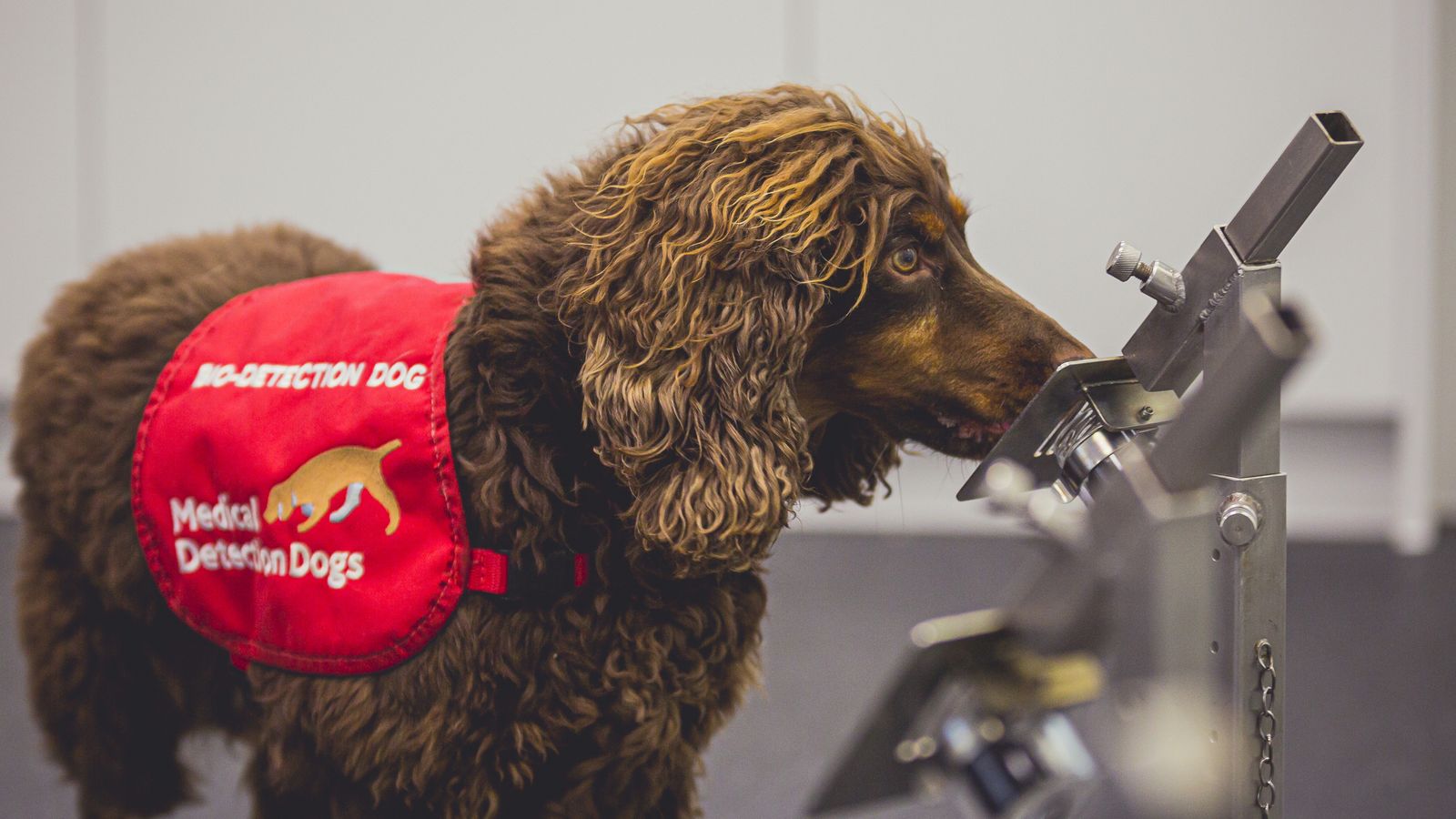 Bio-detection dogs can identify COVID-19’s distinct odour with an accuracy rate of up to 94%, according to new research.

The project, led by the London School of Hygiene & Tropical Medicine in collaboration with Durham University and the charity Medical Detection Dogs, used 3,500 odour samples donated by members of the public and NHS staff.

Six dogs reached the double-blind trial phase of the research, where both the dogs and researchers were unaware of whether the samples were positive or negative, removing the risk of bias.

These dogs were able to detect the odour from people who were asymptomatic, with accuracy being maintained for both high and low viral loads.

Modelling of these findings has highlighted that these dogs could be used at airports and ports, with two dogs being able to screen 300 people in 30 minutes.

Dr Claire Guest, chief scientific officer at Medical Detection Dogs, told Sky News: “We’ve been able to get very good quality samples in front of the dogs in an order they can learn this odour very reliably and they’ve even been able to do it with asymptomatic and mildly symptomatic individuals.”

She added: “This is showing to be a disease with a distinctive odour that dogs can find, and the fact they can find it on a 50p piece of sock that was worn some time ago when it was presented to the dog gives us huge optimism that the dogs will be able to do this even better when they smell an individual walking past.”

Project lead, Professor James Logan, said: “We think that dogs could be an additional tool that could be used as part of a kit to address the things that PCR and lateral flow tests can’t do.

“For example, dogs can screen people very quickly so they could be used in circumstances such as airports, or other public gatherings, stadiums, where lots of people have to be screened very quickly.”

These findings have not been peer reviewed, however researchers said the next phase of the research will focus on how effective the dogs are in real-world settings.

Arundel Castle raid: Rosary beads that Mary Queen of Scots carried to her execution among items stolen in £1m burglary