UK weather: Rain-drenched May to turn warm and dry for bank holiday weekend 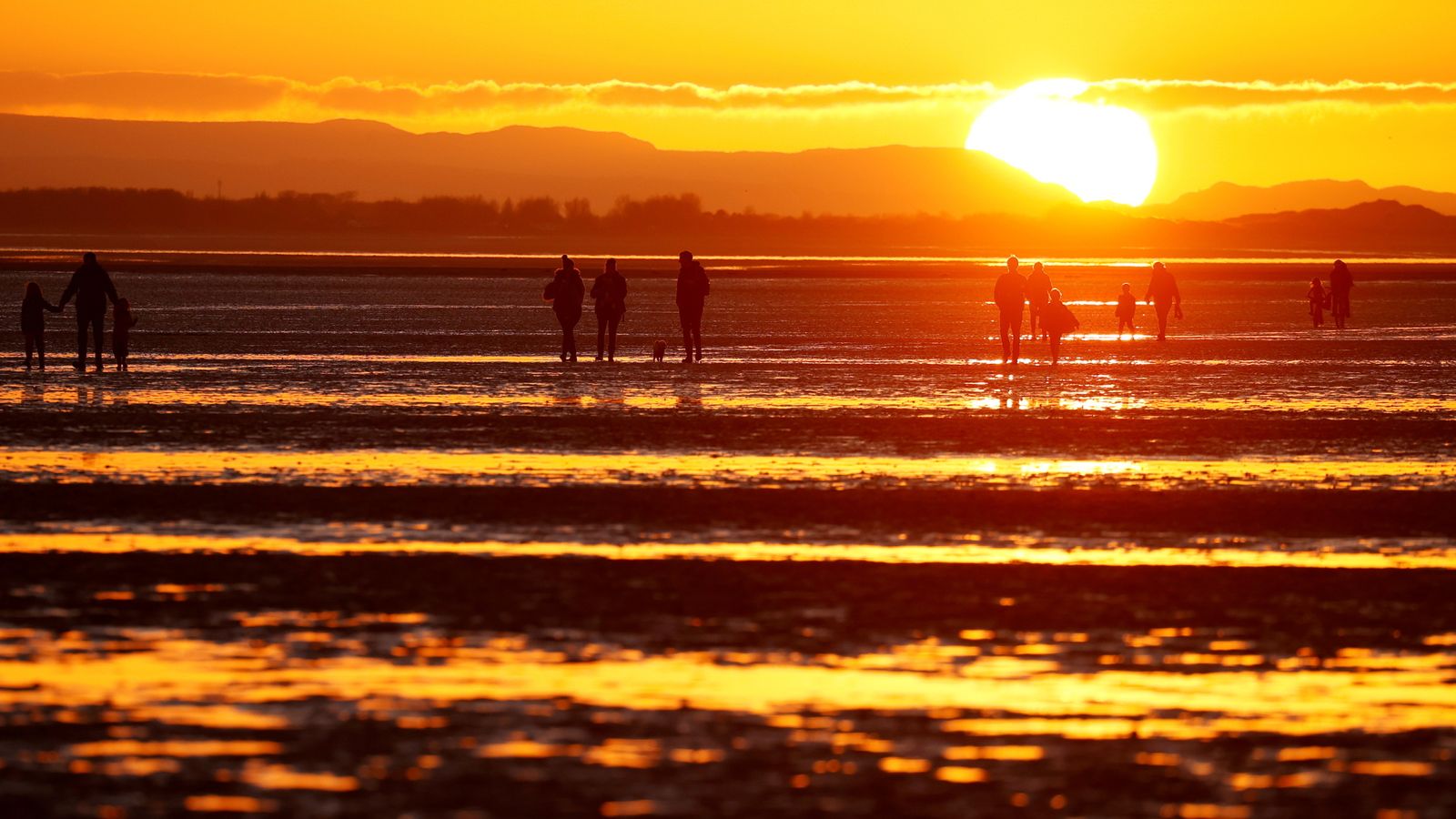 Warmer and more settled conditions are finally set to arrive in parts of the UK in time for the bank holiday weekend, at the end of a month which has been dominated by rain.

More rain has already fallen in England, Scotland, Wales and Northern Ireland during May than would normally be expected in the whole month.

It’s a stark contrast to this time last year, when incredibly warm weather saw the government forced to urge people to stay indoors at the height of the first COVID lockdown.

Image: People shelter from the rain while trying to enjoy a day out in Cambridge earlier this month

Wales has endured its wettest May on record, with double the average rainfall for the month already recorded by the close of Saturday.

It has seen 184mm of rain, which represents 214% of the monthly average.

The first weekend of significantly relaxed coronavirus restrictions in England was also wet and windy for many, with gusts north of 60mph.

Fans returning to football stadia for the first time this year over the past week were greeted with poor conditions, while other sporting events from horse racing in Windsor to cricket in Belfast have had to be called off.

There’s even been snow in the Lake District this month.

However, forecasters say drier and warmer temperatures are on the way, with parts of the UK likely to enjoy a settled bank holiday weekend.

Sky News weather presenter Nazaneen Ghaffar said: “There is more settled weather to come very soon. From the middle of this week pressure will become higher, leading to drier and brighter conditions for many.

“It’ll feel warmer than recently, too, with temperatures returning to around average for the time of year.

“There will still be some scattered showers, but they will be fewer and far between than recently and lighter.

“Some rain is also likely for northern and western areas at times – but overall, most places will be largely dry for the rest of the week.”

The Met Office said it is expecting “mainly fine and settled conditions” across the UK from Friday, with temperatures “feeling locally warm in southern and central areas”.

There have been some reports of an expected heatwave in June, but unfortunately the Met Office currently says “confidence is low for this period”.

However, “it is most likely that largely dry weather will continue across much of the UK”.