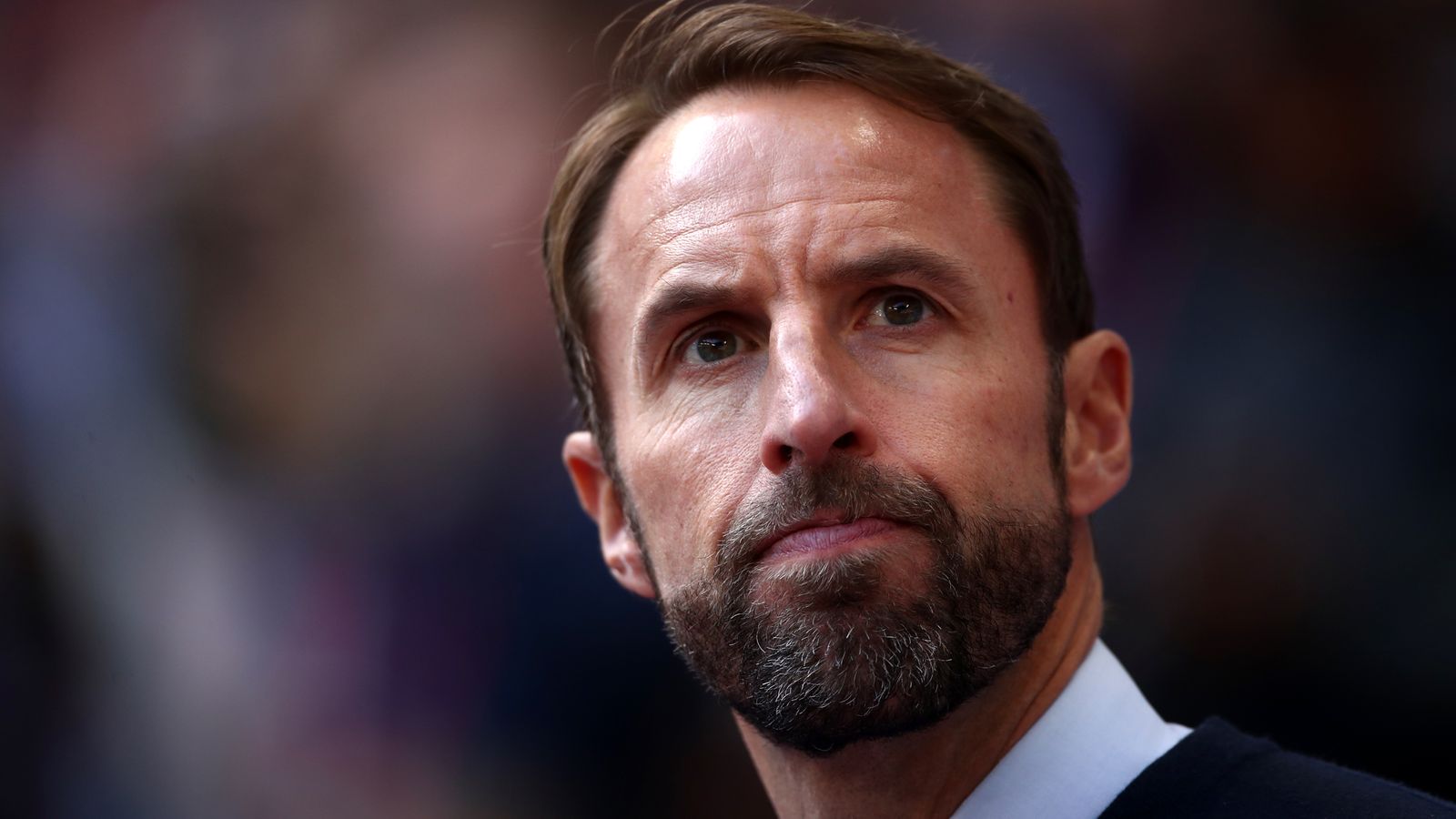 Southgate, who was due to name his 26 players for the tournament today, will instead provide the final selection by 1 June, the UEFA deadline for squads to be formally submitted.

The provisional squad is:

Image: Harry Maguire has been included in Gareth Southgate’s England squad despite having an injury

It’s a first call-up for White, Godfrey and Ramsdale, while Manchester United teenager Greenwood has been recalled for the first time since being sent home for breaking COVID rules after his debut in Iceland in September.

Harry Maguire, Jordan Henderson and Kalvin Phillips, all of whom are carrying injuries, are included, too.

Because of the coronavirus pandemic, UEFA has changed its rules to allow nations to amend their squad at any stage up to their first game in the tournament.

Southgate said the larger squad was an obvious precaution, given Chelsea, Manchester City and Manchester United are all playing European finals this week.

He said: “We have known for a while that we have, of this 33, 12 players still to play in European finals this week so we were always going to need some additional players for the first part of the camp.

“Add to that a number of injuries… so we felt that more time is going to help us make better decisions.”

The Tottenham striker’s future has been the subject of much speculation, but Southgate said: “I don’t need to talk about Harry’s focus. He has got one goal with us and that’s to win a European Championship.

“What is going on at his club is a matter for him and Tottenham. He has made some statements in the last few days but that is out of the way now and I think it is very unlikely transfer deals will be done while we are away.

“We are not going to stop phones ringing and cannot control conversations going on in private. Most deals are done after tournaments or in the September, I would expect any deals to be done after the tournament.”

Image: Harry Kane’s future has been much discussed lately

The competition itself, due to be played last summer, was delayed by 12 months because of the outbreak.

England play all three of their group games at Wembley, their first home ties in a tournament finals since Euro 1996.

If successful, they could also play two of three knockout matches there, too, before the final, which is also at Wembley on 11 July.

History is against the Three Lions, however, as they’ve never won the European Championships and the squad’s best finish was as losing semi-finalists in 1996 and 1968.