COVID-19: Where is the Indian variant spreading in England? B.1.617.2 detected in 151 local authorities 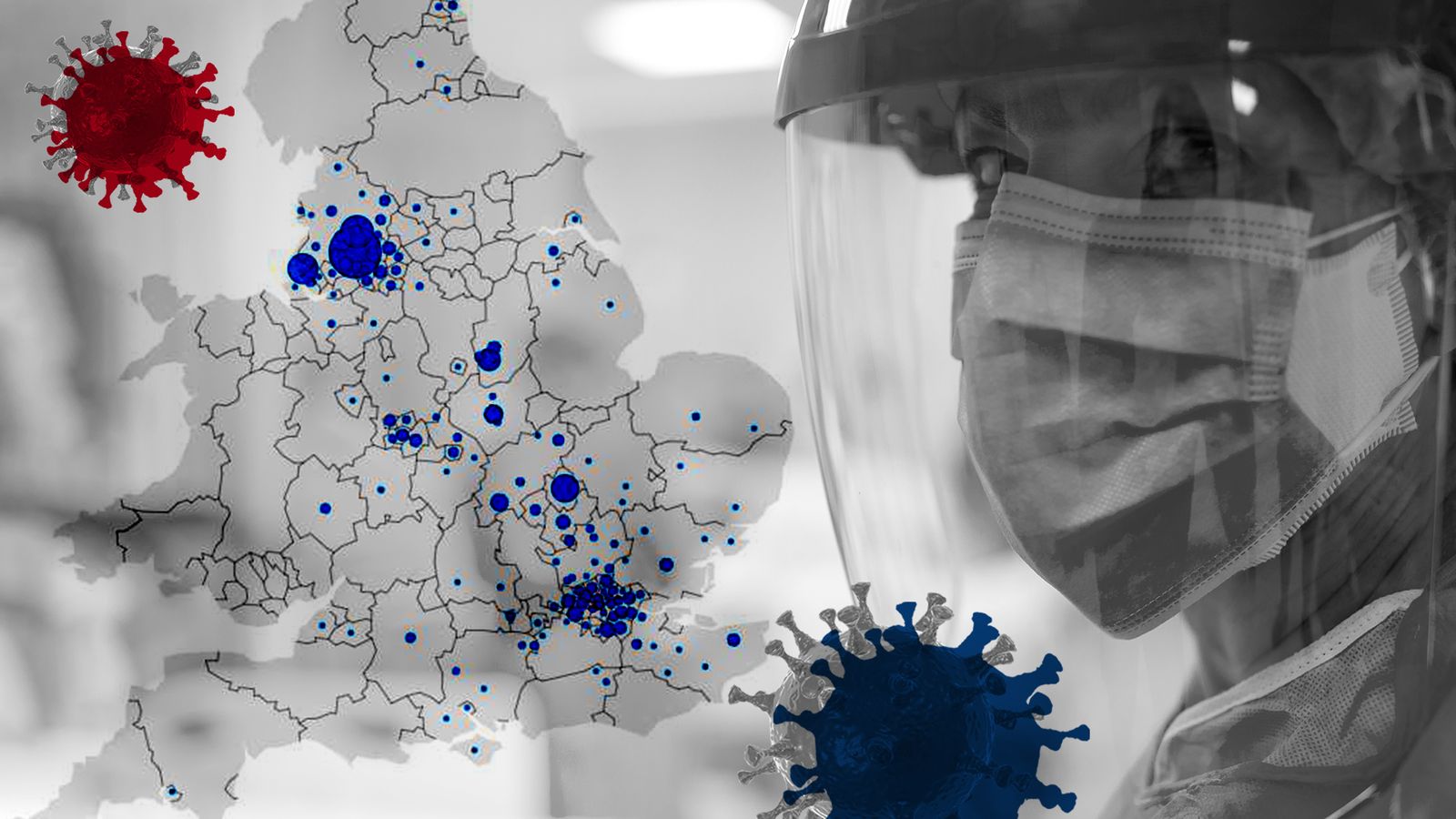 The Indian coronavirus variant of concern appears to be spreading rapidly with 121 local authority areas in England seeing a rise in growth rates.

The variant – B.1.617.2 – was detected in 151 local authorities in the week ending 15 May, an 18% weekly increase, according to figures from the Wellcome Sanger Institute which sequences a random sample of positive tests in the community.

In 37 local authority areas, the Indian variant was detected for the first time in the most recent week for which data is available.

Meanwhile, 28 local authority areas that previously identified a case of Indian variant had none in the most recent week.

The genome data, where only about half of all cases are sequenced for variants, showed that more than 100 local authorities had fewer than five cases of the Indian variant.

Latest data from Public Health England also revealed that 3,424 cases in total had been confirmed in the UK until 19 May, with a majority detected only in the week prior.

The variant is expected to eventually become the dominant form of COVID-19, according to chief medical officer Professor Chris Whitty.

Although cases continue to rise in Bolton, Blackburn with Darwen, and Bedford – the three areas with the largest number of Indian variant infections – the growth rate for the variant has slowed in the last week compared to the week before.

The three areas were also among eight where the government had earlier said people should not travel in or out of unless necessary.

The government has now backtracked on its advice following widespread confusion amid concerns local lockdowns were being imposed “by stealth”.

Bolton, Blackburn with Darwen, and Bedford have also seen a sharp rise in COVID-19 infections of all variants in younger age groups since the start of April.

Scientists believe B.1.617.2 does not cause more severe disease than the currently dominant Kent variant, and indications are that vaccines are also effective.

But government advisory body SAGE believes there is a “realistic possibility” transmissibility could be 50% higher.

Experts say that could cause a big spike in cases and hospitalisations if no restrictions are imposed.

Last week, Matt Hancock did not rule out imposing local lockdown restrictions in places worst affected by the Indian variant.

The health secretary has also said surge testing would be carried out in most areas were the India variant has been detected.

How do we know if life for people from ethnically diverse backgrounds is getting better?

COVID-19: Anyone aged 30 and over can now book coronavirus jab in England