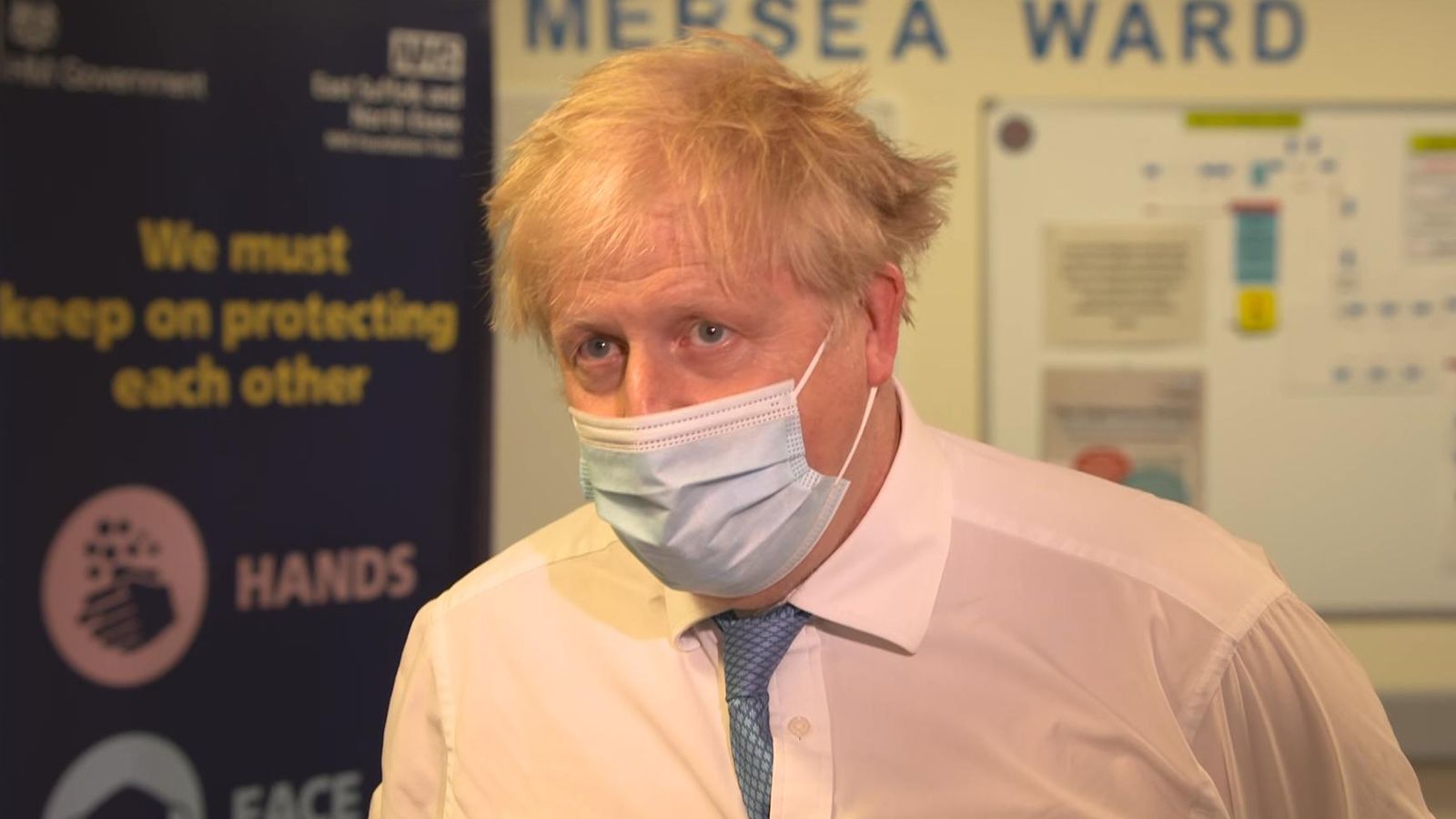 Boris Johnson has avoided answering questions on Dominic Cummings’s explosive allegations – but suggested some claims were not based on reality.

Mr Johnson sidestepped questions about the claims – including that he is not fit to be PM – during a visit to a hospital on Thursday by saying he was “getting on with the job of delivering the roadmap”.

He did not say whether he has confidence in Health Secretary Matt Hancock, who took much of Mr Cummings’s flak, but said: “I think some of the commentary I’ve heard doesn’t bear any relation to reality.”

Mr Johnson did not say which of the claims he was referring to.

Asked whether tens of thousands of people needlessly died because of him, which Mr Cummings claimed, Mr Johnson said: “No I don’t think so.

“But of course, this has been an incredibly difficult series of decisions, none of which we’ve taken lightly, and you’ve got to recognise, and I hope people do understand this, that when you go into a lockdown it’s a very, very painful, traumatic thing for people, for people’s mental health, for their lives, their livelihoods, and of course you’ve got to set that against the horrors of the pandemic and of COVID.”

“But we did everything we could to protect the NHS, to minimise transmission, with the knowledge that we had,” he added.

Mr Johnson’s comments came after the health secretary told the Commons the “unsubstantiated allegations around honesty are not true”.

“I’ve been straight with people in public and in private throughout,” he said.

Mr Johnson’s former right-hand man gave a blistering account of how the government dealt with the pandemic, with the PM and Mr Hancock taking most of the criticism.

During a marathon session lasting more than seven hours on Wednesday, Mr Cummings made several claims about Mr Johnson, including:

• On telling the PM he was going to resign in December 2020, Mr Cummings claimed the PM told him: “You’re right, I am more frightened of you having the power to stop the chaos than I am of the chaos, chaos isn’t that bad because chaos means that everyone has to look to me to see who’s in charge.”

• He did not quit when he considered doing so in the summer because people urged him not to and: “Fundamentally I regarded [Johnson] unfit for the job and I was trying to create a structure around him to stop extremely bad decisions.”

• After March, the PM thought the UK should not have gone into lockdown and should have focused on the economy – “I thought that perspective was completely mad,” said Cummings

• His departure was inevitable in September, but Mr Johnson’s girlfriend Carrie Symonds was something to do with it as she tried to change “a whole bunch of different appointments”, was appointing her friends to jobs, and was overturning the hiring process of one job, which was “unethical and clearly illegal”. The PM’s behaviour was “appalling”, he said

• Asked if he thinks the PM is a fit and proper person to get us through the pandemic, Mr Cummings said: “No.”

Fred West: No human remains or ‘items of significance’ found under cafe linked to serial killer and Mary Bastholm