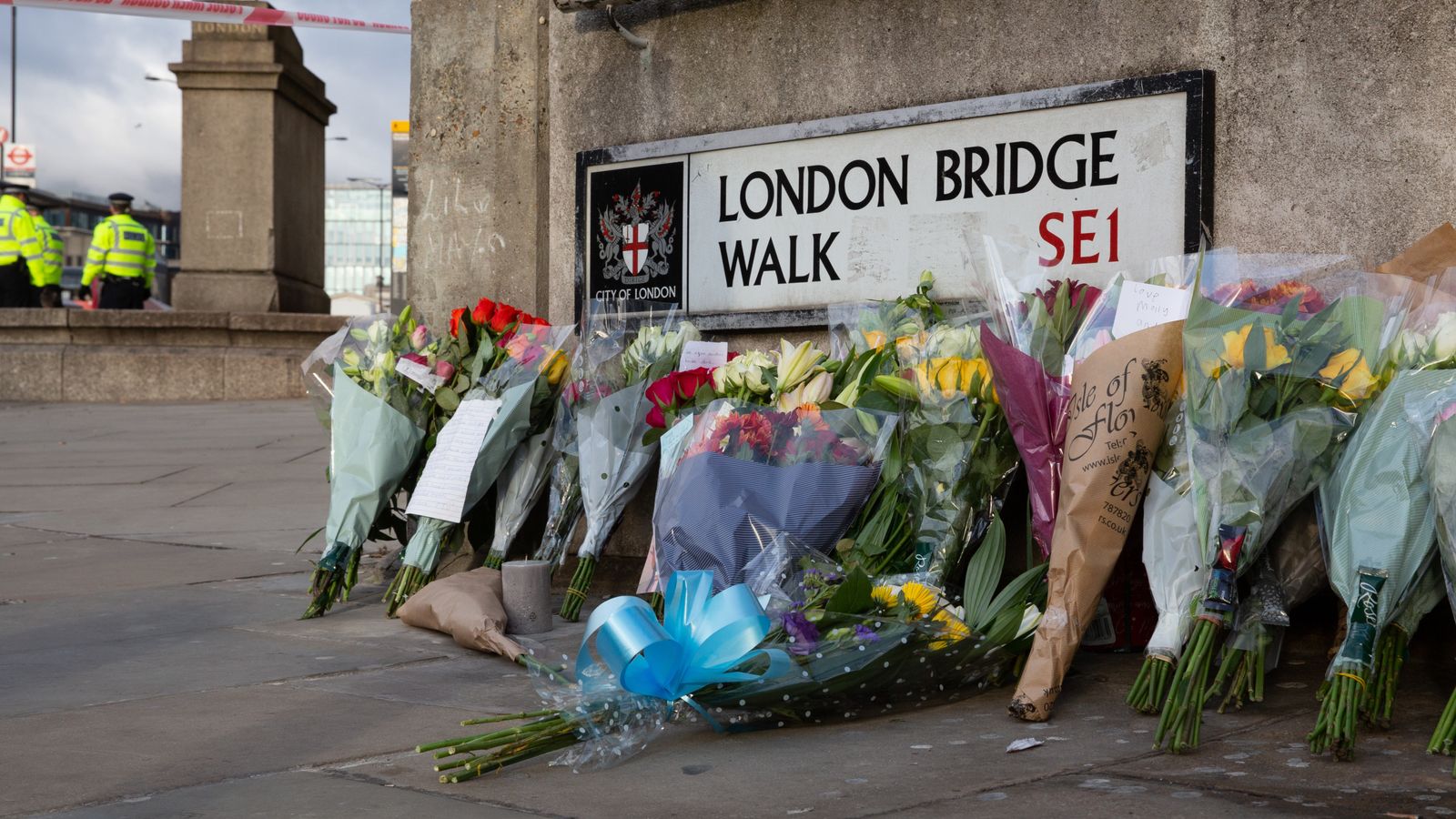 An inquest jury will consider whether authorities could have done more to prevent a former terrorist prisoner from planning a knife attack, which killed two offender rehabilitation workers.

The jury has now begun its deliberations at the end of the inquest into the deaths of Saskia Jones, 23 and Jack Merritt, 25, who were fatally stabbed at an event for former offenders near London Bridge in 2019.

Terrorist Usman Khan launched his attack on 29 November 2019, inside the Learning Together event at Fishmongers’ Hall on the north side of London Bridge.

Ms Jones, a volunteer at the event, died from a stab wound to the neck.

Mr Merritt, one of the organisers, was stabbed by Khan 12 times, including a fatal wound to the chest.

In almost two months of evidence at the Guildhall in the City of London, the jury was told that Khan had planned and carried out his deadly attack, 11 months after being released from prison.

He was jailed in 2012 for his part in a foiled terrorist plot to blow up the London Stock Exchange, as well as plans to set up a terrorist training camp.

The inquest heard of a number of occasions where intelligence on Usman Khan was not properly shared between all interested parties.

Image: Usman Khan had previously been in prison

During two days of closing remarks, the Coroner Mark Lucraft told the jury they would have to address three main issues.

One issue is how the former terrorist prisoner was managed on his release from prison in the months before the attack.

The jury will be asked to consider whether this may have caused or contributed to the deaths.

They will also have to consider issues around the sharing of information about Khan and the organisation of security measures for the event at the Fishmongers’ Hall.

Image: Police and emergency services at the scene in 2019

The inquest has heard that MI5 and police had uncorroborated intelligence that Khan was planning to launch an attack after his release.

The public protection panel that managed Khan did not discuss the risks of him attending the event in London and there were no security checks at the hall.