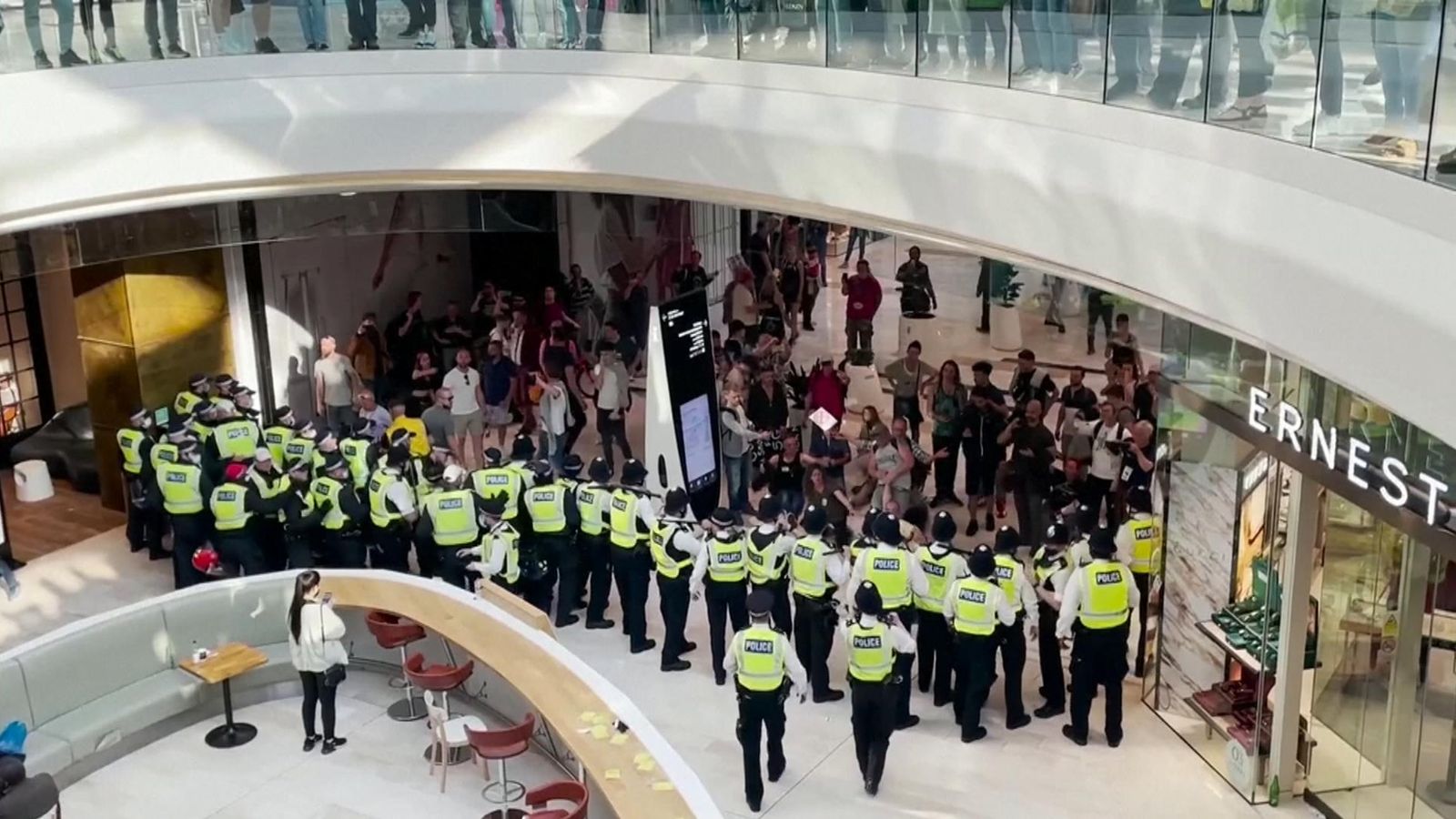 Anti-lockdown protesters caused one of the UK’s biggest shopping centres to close early on Saturday after forcing their way inside.

Demonstrators clashed with police as they pushed to get into Westfield shopping centre in Shepherd’s Bush, west London.

Officers started forming a protective line around the centre at about 4.30pm as the protest became heated and police were seen using batons to keep demonstrators back.

Some still managed to force their way into the building and footage shows crowds standing on tables and chanting “What do you want? Freedom! When do you want it? Now!”

Chanted without a hint of irony from inside a FULLY OPEN Westfield shopping centre TODAY. pic.twitter.com/omttVj2rZN

Shops in the centre had to close due to the protests and diners were told to leave.

Twitter users described how shop staff had become “barricaded” in stores as the protests went on outside.

Image: Crowds tried to push their way in to the building

The Met Police said the incident had caused “significant disruption to the local community and businesses”.

By 7.45pm, it confirmed the area had calmed down.

Numerous demonstrations took place throughout the day in central London and were largely peaceful, with only a smaller group travelling to Westfield.

Thousands gathered to protest against the coronavirus vaccine rollout and the Police, Crime, Sentencing and Courts Bill.

Police said they had dealt with three separate demonstrations throughout the day, two of which had “concluded without incident”.