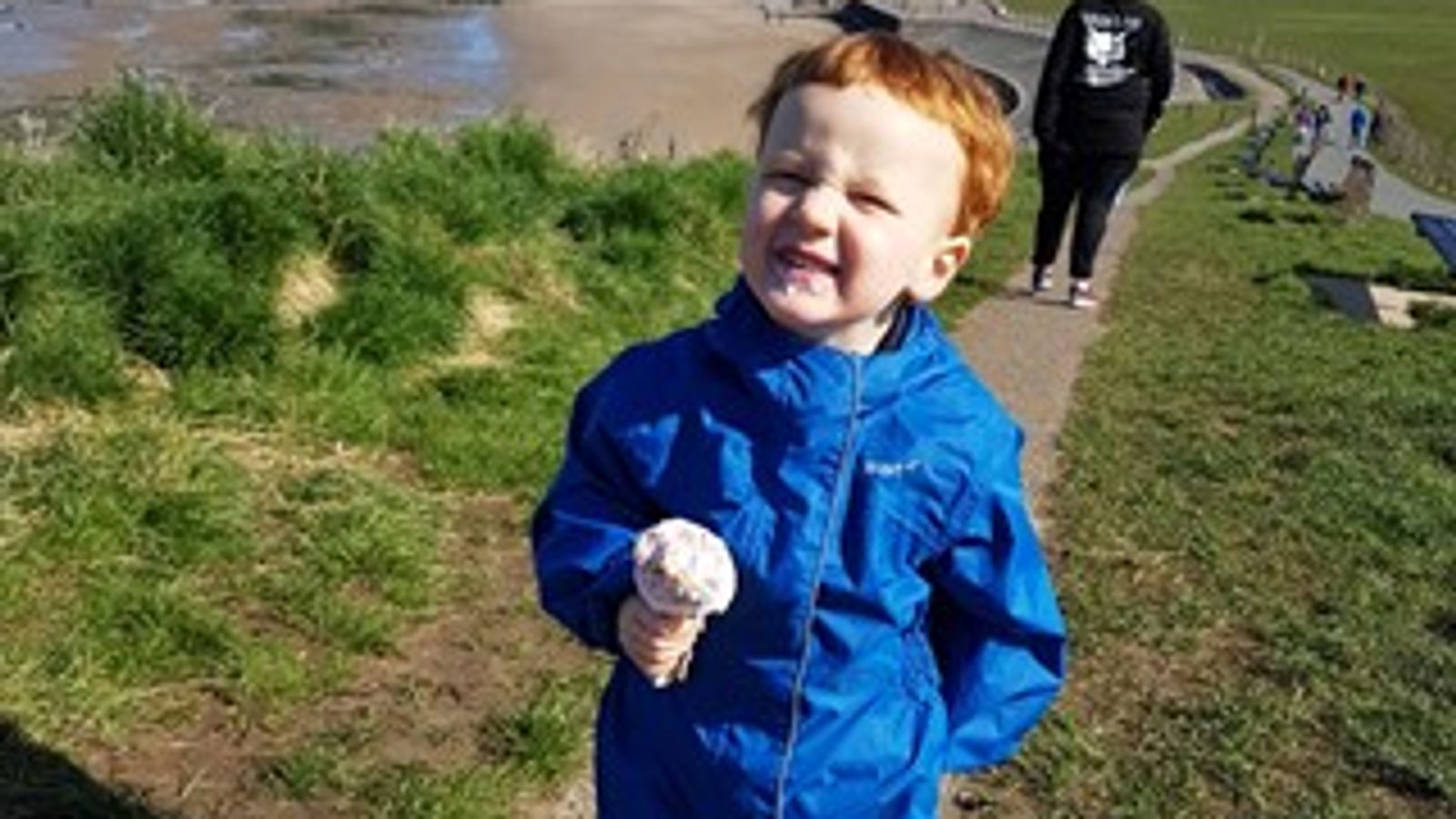 Hundreds of vehicles have driven in convoy along the Morecambe Promenade in memory of a toddler killed by a gas explosion.

George Arthur Hinds, aged two years and 10 months, died in the blast in Heysham, Lancashire, on Sunday 16 May.

Sunday’s tribute saw lorries, vans and cars driving together and honking their horns after setting off from Morecambe Football Club.

Many of the vehicles were decorated with characters from Paw Patrol, one of George’s favourite cartoons.

“Everyone that’s been involved today has done an absolutely fantastic job of remembering George and helping the family remember George.”

Image: The aftermath of the explosion in Heysham, Lancashire

Mr Mottram said that George’s family had attended the convoy, and said they “thoroughly enjoyed it”.

Around £3,000 was added on Sunday to a fundraising effort which will go towards a memorial garden and the Tigerlily Trust, a charity which supports bereaved parents.

“Everyone here has been so heartbroken by what happened to the little man, it was a beautiful gesture they did in his honour,” said onlooker Maemi Sokanon Wyanet-Smith.

Image: Police said the explosion was caused by a pipe which had been cut in a neighbouring house

George’s parents, Vicky Studholme and Stephen Hinds, were also injured in the blast, but not seriously, and a 44-year-old man and 50-year-old woman suffered critical injuries.

Last week, Lancashire Police said the explosion was caused by a pipe which had been cut in a neighbouring house.

The inquiry into the incident is now being classed as a criminal investigation and the force is working to establish how and why the pipe came to be cut.