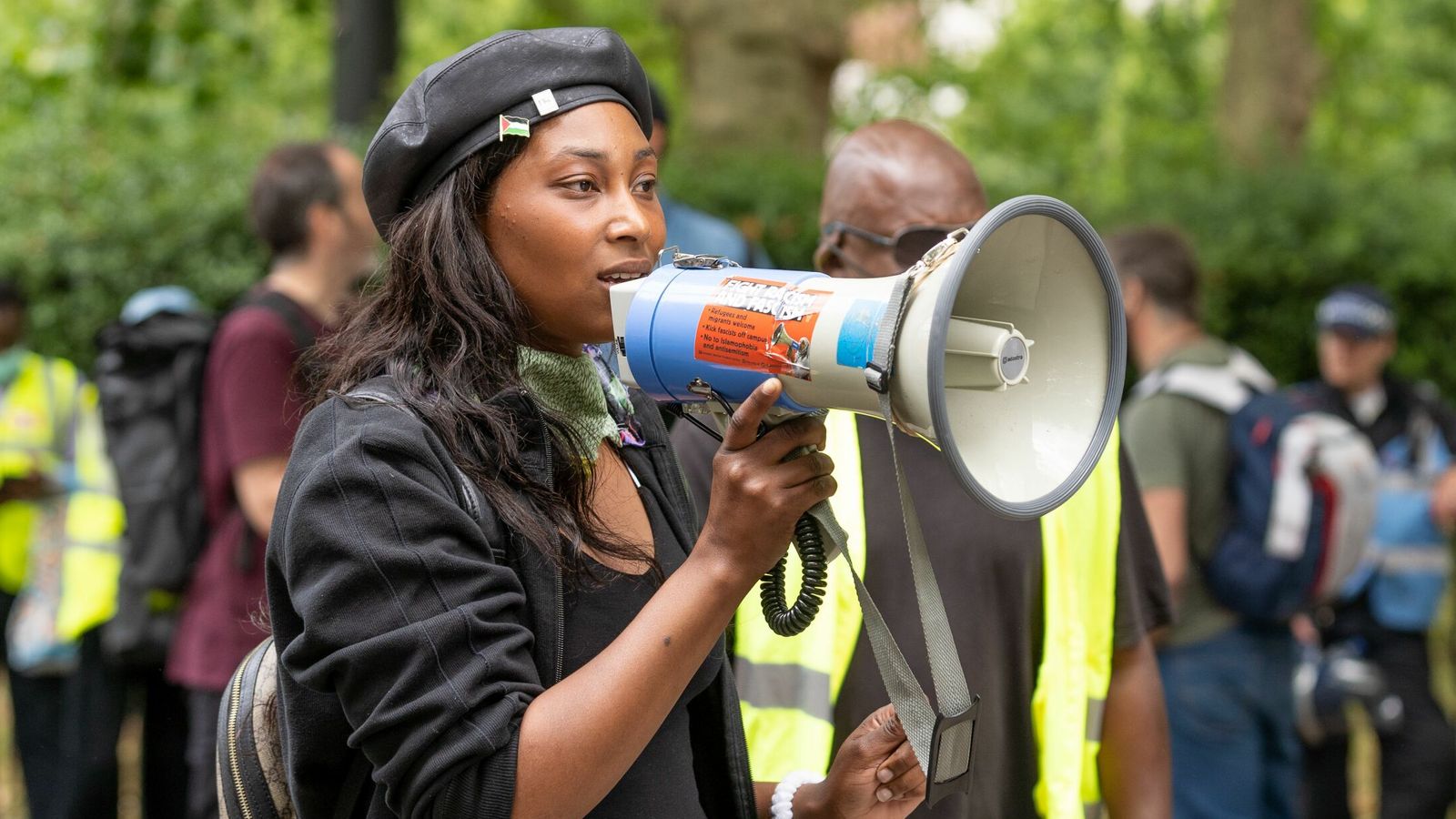 An 18-year-old has appeared in court in connection with the shooting of black equal rights campaigner Sasha Johnson.

The 27-year-old was shot in the head during a birthday party last Sunday in Peckham, south London, and remains in hospital in a critical condition.

Five men were arrested in connection with the attack on Wednesday.

Four of the suspects were released on bail on Friday, while Cameron Deriggs was charged with conspiracy to murder.

He did not enter a plea.

Prosecutor Carol Udenze said: “This offence happened on May 23 at an address where a lady was shot in the head and another person was shot in the foot – this was at a house party.

Image: A tent in the garden of a house in Consort Road, Peckham, southeast London

“The crown’s case is that the defendant in agreement with others conspired to murder somebody at that address.”

Ms Udenze added that police believe Ms Johnson was not the intended target.

“You will be there on 25 June, probably by live link, where the judge will want confirmation of your plea and give directions for the smooth running of your case.”

Deriggs’s parents, as well as other members of his family, were among those in the public gallery.

Ms Johnson was one of the organisers of the first-ever Million People March last August to protest against systemic racism in the UK. During the demonstration, hundreds of people took to the streets of west London.

She is also one of the leaders of the Taking The Initiative Party (TTIP), a political party that was registered with the Electoral Commission nearly four years ago and fielded its first candidates in May’s local elections.

A vigil will be held on Monday in Ruskin Park in Denmark Hill, close to where Ms Johnson is being treated.