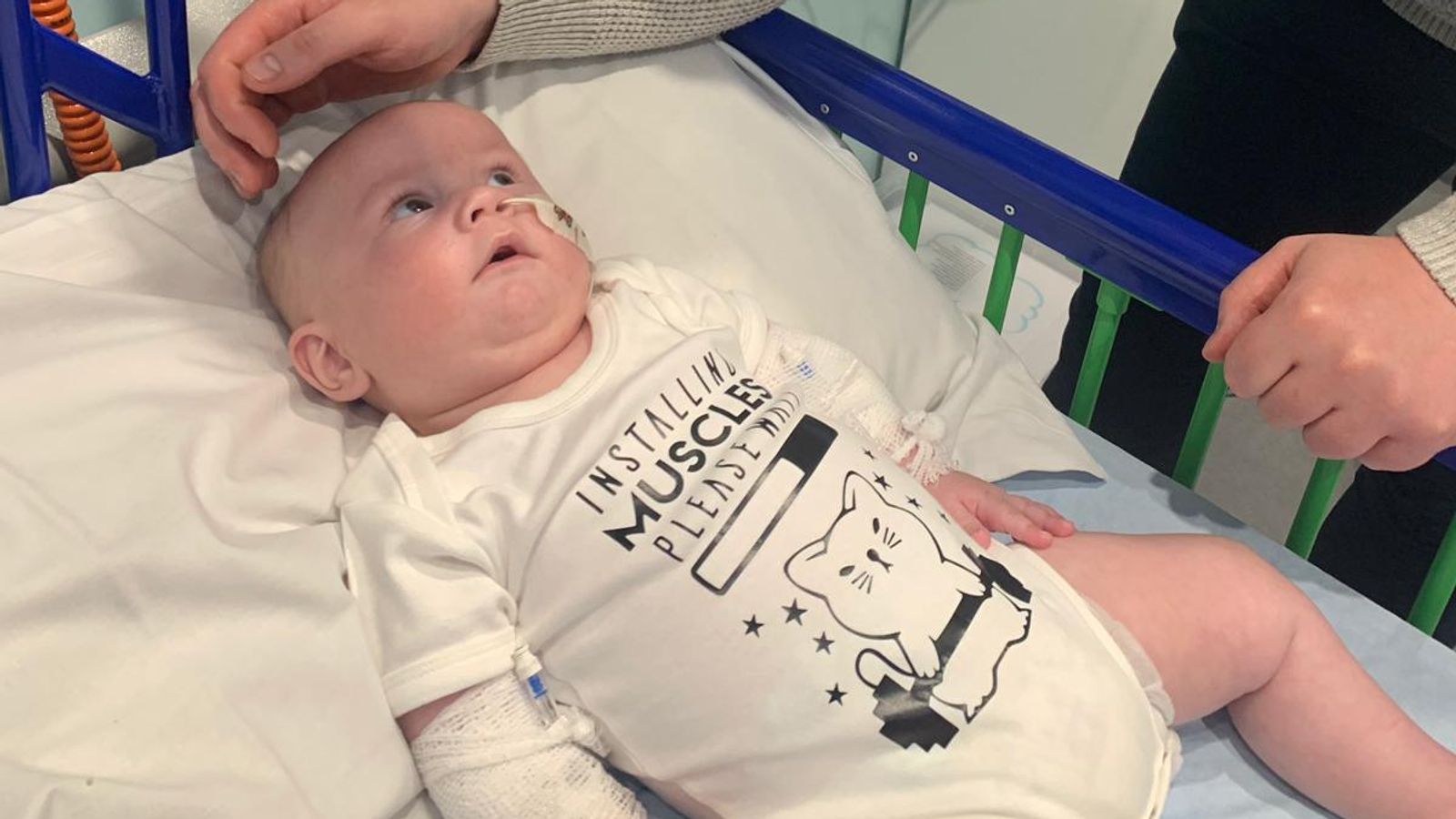 A five-month-old baby with a spinal disorder has become the first NHS patient in England to be treated with a potentially life-saving drug that can prolong life.

He received the one-off US gene therapy, Zolgensma, at Evelina London Children’s Hospital on 25 May.

The treatment has been called the most expensive drug in the world – with a list price of £1.79m per dose.

It was made available on the NHS after the health service struck a deal with manufacturers Novartis Gene Therapies in March.

Until two years ago, no treatment options were available for children with the condition.

His father Reece Morgan, who works as a self-employed plasterer, said: “When we found out that Arthur would get the treatment, and be the first patient, I just broke down.

“It had been such a whirlwind few weeks, filled with lots of anxiety and adjustment, as we learnt about his condition and what it might mean for him and our family.”

Babies born with Type 1 SMA – the most common form of the condition – experience progressive muscle weakness, loss of movement, difficulty breathing, and have a life expectancy of just two years.

But studies have found that a single Zolgensma treatment can help babies with the condition to sit, crawl and walk, and also prevented them from having to be put on a ventilator.

Four specialist NHS centres across England can now administer the treatment, including Evelina London Children’s Hospital, where Arthur was treated.

Dr Elizabeth Wraige, consultant paediatric neurologist at Evelina London Children’s Hospital, said: “This treatment will bring hope to families affected by SMA who have fought so courageously against it.”

NHS chief executive Sir Simon Stevens also said: “It is fantastic news that this revolutionary treatment is now available for babies and children like Arthur on the NHS.

“The NHS Long Term Plan committed to securing cutting edge treatments for patients at a price that is fair to taxpayers.

“Zolgensma is the latest example of the life-changing therapies that the NHS is now routinely using to transform the lives of patients and their families.”

Health Secretary Matt Hancock said: “I am so glad young Arthur can access this potentially life-changing treatment on the NHS. I hope it grants his family and many others renewed hope that more children’s lives can be transformed.”