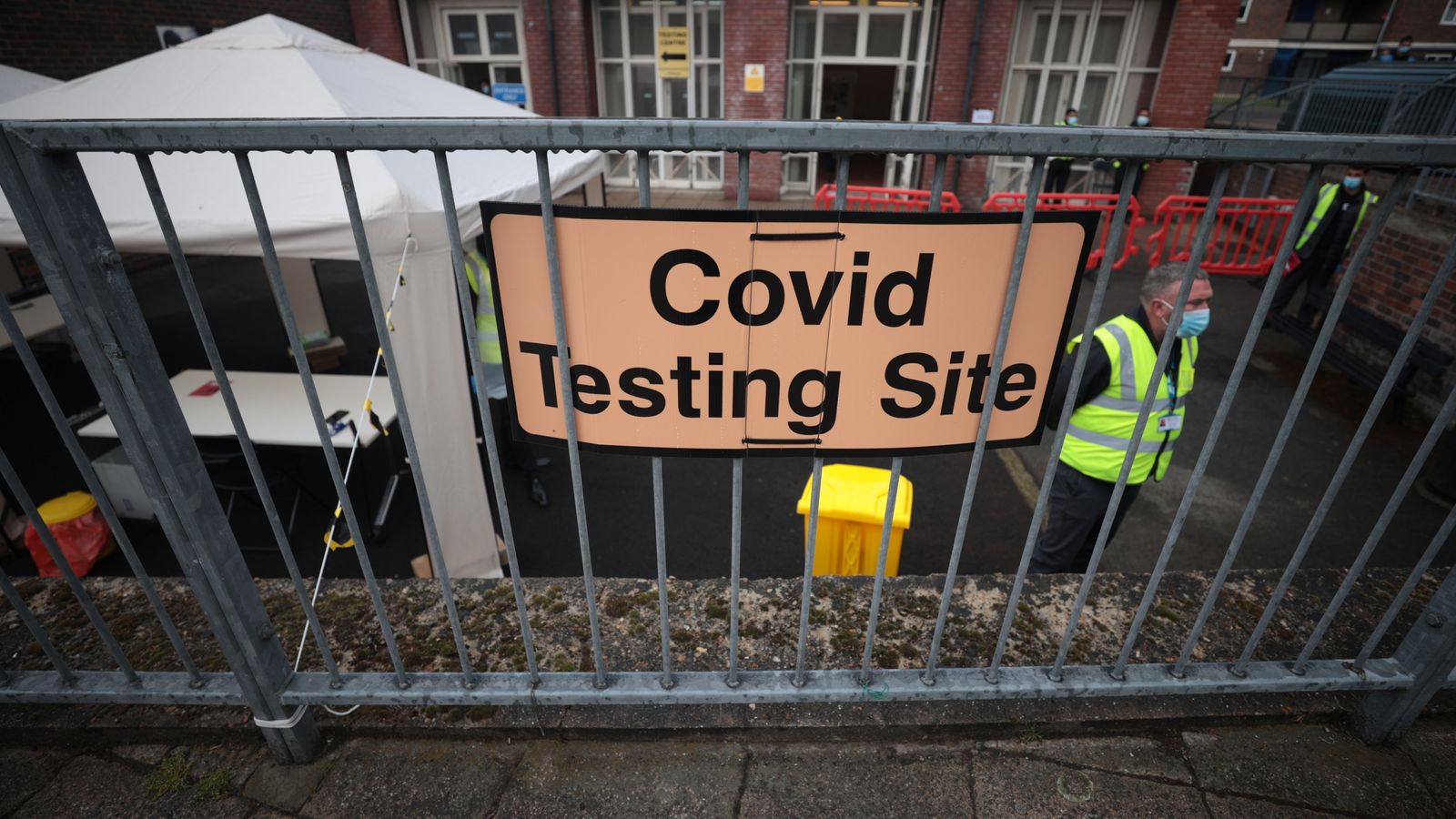 The UK has reported zero daily coronavirus-related deaths for the first time since the pandemic began, but the health secretary has warned “we haven’t beaten this virus yet”.

According to the latest government data, 3,165 new COVID-19 cases were also recorded in the latest 24-hour period.

Matt Hancock tweeted that although the “whole country will be so glad there were no COVID-related deaths recorded yesterday… we know we haven’t beaten this virus yet”.

The latest figures come after a bank holiday weekend when the number of deaths and cases can be lower due to reporting delays.

But despite this undoubtedly good news we know we haven’t beaten this virus yet, and with cases continuing to rise please remember hands, face, space and let in fresh air when indoors, and of course, make sure when you can you get both jabs.

The last time there were no deaths was on 7 March 2020, before the first lockdown.

On 10 May this year, England, Scotland and Northern Ireland all reported no deaths, but four were logged in Wales.

Meanwhile, another 93,103people had their first dose of a coronavirus vaccine on Monday, taking the total to 39,477,158.

The race to vaccinate the UK gathered pace on Monday after a major walk-in vaccination centre at Twickenham Stadium opened up the jab offer to anyone aged over 18 for one day only in order not to waste doses.

Currently, only those aged over 30 in England are being invited to book their first vaccine.

The call led to lengthy queues in south-west London as thousands of young people lined up for a jab.

It comes amid growing calls from some experts for the government to delay the lifting of the remaining lockdown restrictions in England later this month.

Professor Ravi Gupta, a member of the New and Emerging Respiratory Virus Threats Advisory Group (Nervtag), told Sky News that a further easing of measures on 21 June was “a bit early”.

“I think we need at least a few weeks – probably a month until schools have closed when the risk of transmission within schools falls during summer holidays,” he said.

“It then gives us another four weeks’ worth of data to collect about how the [Indian variant of the] virus is growing in the population, what sort of rate it is growing at, how it is doing relative to the previous strain B117.

“And also how effective our vaccines are against this new virus.

“All of that information is coming in weekly and it will enable us to build up a better picture whilst staying safe and maintaining the gains we made through that really painful three of four months we had.”

Prof Gupta warned the Indian variant – now renamed as the Delta variant by the World Health Organisation – offered a “real risk now of generalised transmission in young people who are not vaccinated and, of course, school-age children as well as those who are vulnerable and haven’t responded to the vaccine”.

Prof Gupta’s view is reinforced by Professor Adam Finn, a member of the Joint Committee on Vaccination and Immunisation (JCVI), who suggested going ahead with the 21 June reopening would be a “bad decision”.

And British Medical Association (BMA) council chair Dr Chaand Nagpaul has said the country is at a “pivotal moment” in the fight against coronavirus.

Image: Twickenham Stadium offered the COVID-19 jab to anyone aged over 18 on bank holiday Monday

“A premature ending of all legal restrictions which then resulted in a surge of infections would undermine our health service’s efforts to tackle the biggest level of backlog of care it has ever faced,” he said.

While the government has not made an official decision on the 21 June reopening it has promised to make an announcement on 14 June – a week before.

Small business minister Paul Scully said that ramping up the vaccination programme could yet see the restrictions lifted later this month.

He said: “We’re taking a careful view on where any increase in infections with the Indian variant are happening and that’s why we’re looking at surge testing in those areas and really making sure we’re getting on the front foot.”

Also, Heathrow Airport has opened a dedicated terminal for passengers on direct flights from red list countries, following concerns that they are mixing with those from green and amber nations.

Travellers will now go through Terminal 3, although a dedicated facility for processing such travellers is eventually planned for Terminal 4.