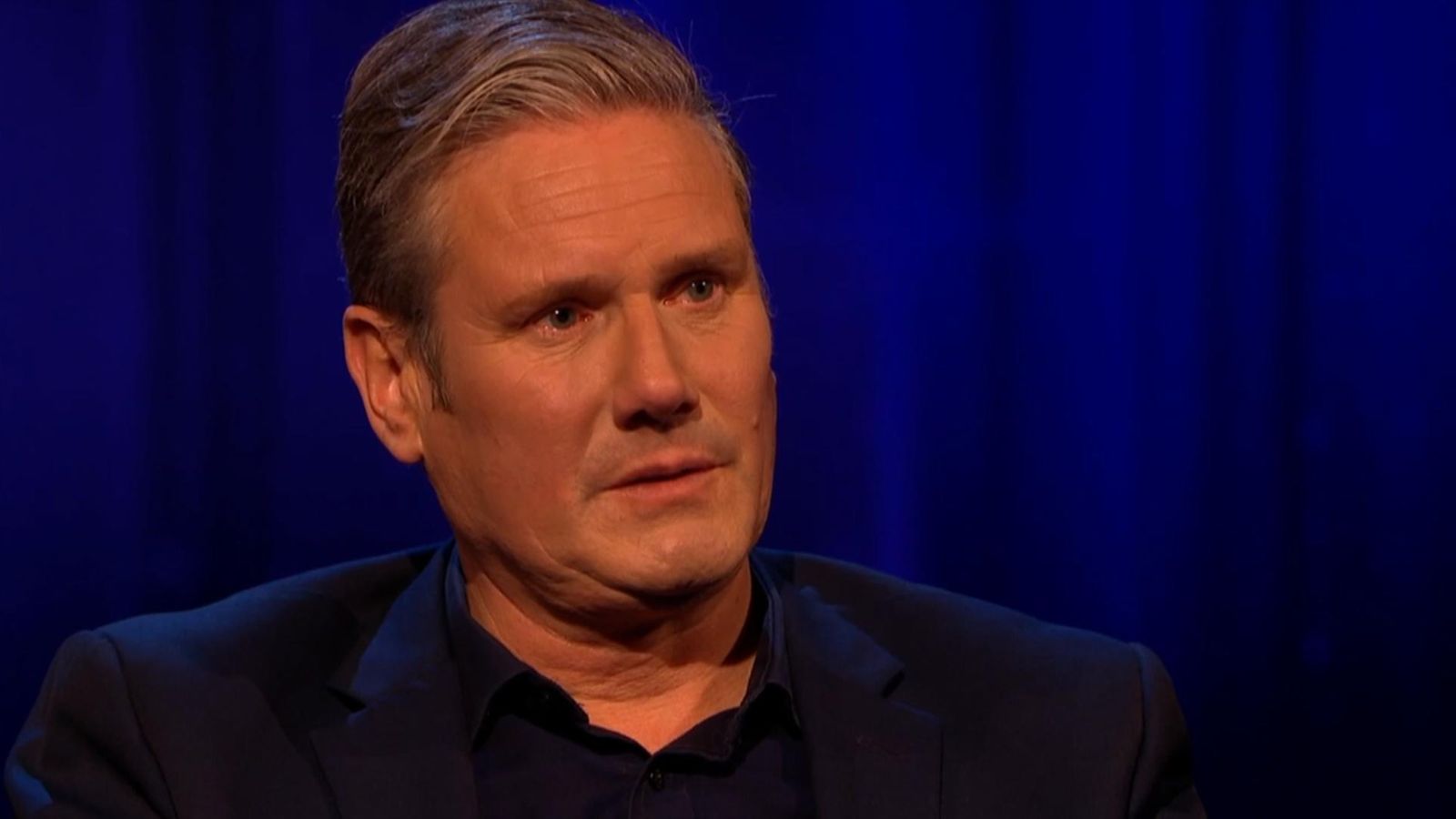 Sir Keir Starmer has shared some of his final memories of his mother in an emotional television interview.

The Labour leader, 58, was teary-eyed as he spoke on Piers Morgan’s Life Stories, opening up about his mother’s death a few weeks before he became an MP in 2015.

Image: Sir Keir said his father never recovered from the death of his mother. Pic: ITV

Both of Sir Keir’s parents were Labour supporters, and named their son after Keir Hardie, the party’s first leader.

Sir Keir said: “My mum got Still’s disease – it’s a disease that attacks your joints.

“My dad was totally devoted to her, and I remember being at home, and he phoned.

“And he said, ‘Your mum’s not going to make it, can you tell the others?’ and that hit me.”

Sir Keir was the second of his parent’s four children.

Morgan asked if this was a cruel thing for the politician’s father, Rodney, to do.

The Labour leader said: “No. He wasn’t going to leave her side, there’s no way he was coming out of that hospital even to tell his own kids.

Image: Sir Keir’s mother died as he campaigned to become an MP in 2015

“He was going to stay there with her, he always did – at her side in the high dependency unit – and if he couldn’t be there he’d sleep on the chairs outside.

“And when she died it broke him.”

Sir Keir said that after the death of Josephine, his father “lived but he never recovered”.

Morgan went on to ask the Labour leader if he managed to say everything he wanted to say to his mother as she was dying.

Asked what he would have liked to say to his mother, the politician was visibly upset.

Image: Sir Keir said he was not able to say everything he wanted to say to his mother before her death. Pic: ITV