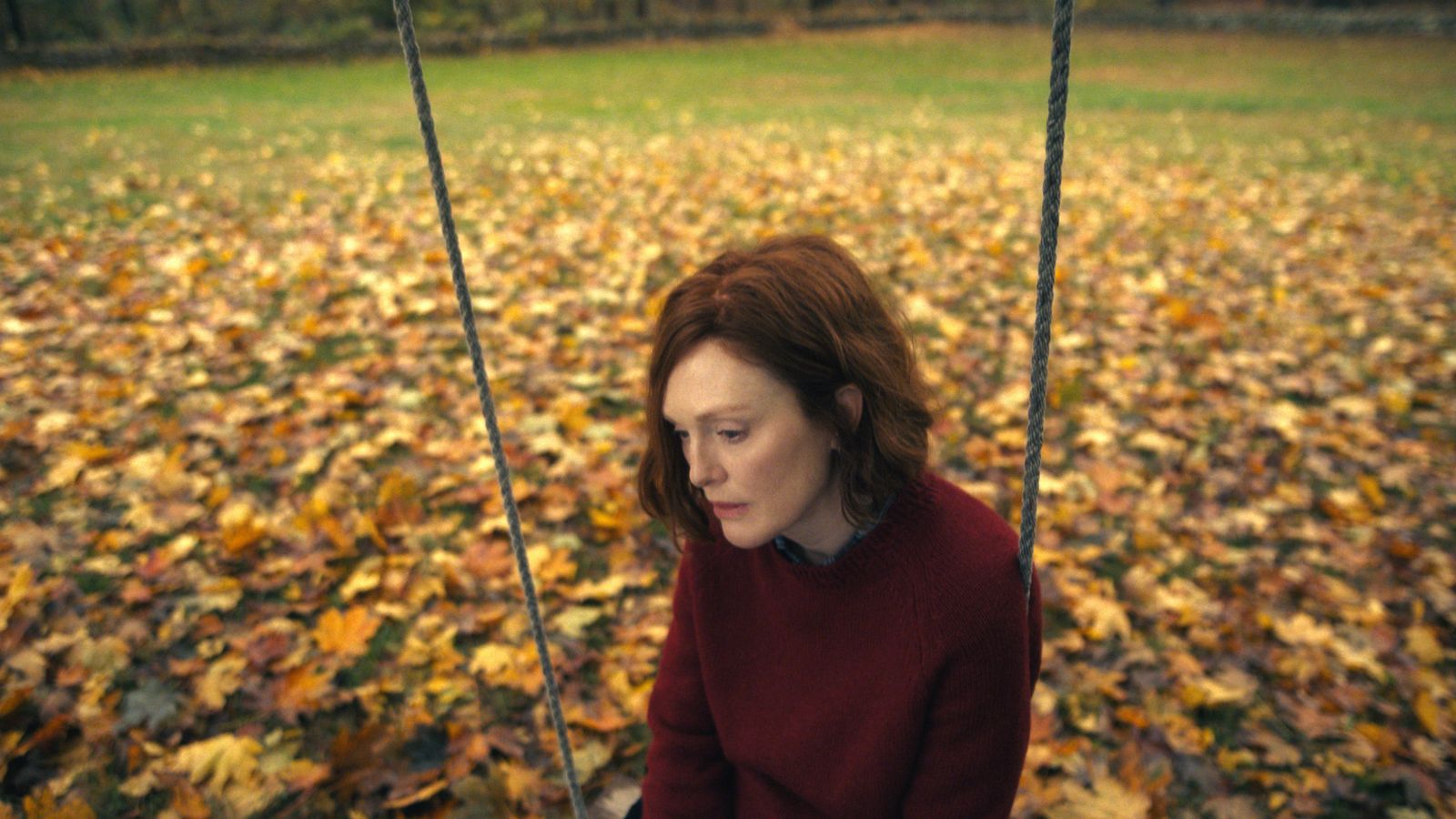 Julianne Moore is starring in a new adaptation of Stephen King’s Lisey’s Story – about a widow whose stalker is obsessed with her husband’s work.

The Jurassic Park actress plays the titular role in the Apple TV+ show, and told Sky News that she was drawn to the work because of Stephen King’s involvement.

“He always roots all of his stories in reality – we recognise ourselves in his stories,” she said.

“When he first kind of came on the scene, his references to pop culture seemed kind of revolutionary because you’re like, ‘wait a second, so you’re just saying these are regular people and then these extraordinary things start happening to them’.

“So what he does is he folds in this idea of the supernatural to ordinary life. And of course, it’s like our feelings made manifest. It’s that monster is our anxiety, is our worry, is our fear is our love. I love that. I love the journey of that character.”

The book, which was released in 2006, is one of King’s favourites that he wrote, and he has expressed an interest in turning it into a TV series for a while – something Moore said was a lot of pressure.

“But the book is important to him because there are so many touchstones for him as a as a writer. There are lots of literary references in there that are special to him, and I think it’s depiction of a long-term relationship and how meaningful that is.

“I think that if you talk to Stephen King about the things that are the most important to him, he would probably say his family, his wife and his work, and so all of that is present in in this book.

Image: She stars along Clive Owen in the Stephen King story. Pic: Apple

“It was wonderful to have him around. He was tremendously so generous and so kind and so supportive. And if he wasn’t on the set that he would like text you after he saw dailies to tell you about something he liked – it was great to have him as a as a partner and an ally.“

Moore not only stars in the show, but is also an executive producer of the project, meaning she was able to weigh on creative decisions and convince director Pablo Larraín to come on board – someone she describes as “superb” and a “tremendous talent”.

He told Sky News that he also wanted to get it right.

“I would not want to let him down, especially on something that matters so much to him, and then he said he wanted to write every episode, which I just thought, ‘well, there you go, we’re going to have the blueprint we need’.

“And he was just classic Stephen King for me… because he’s just so, so prolific, so that was really, for me, an important element that we make sure that we have the right writer – and you can’t get more right than having Stephen King adapt himself.”

Image: Moore said she wanted to get it right when it came to bringing Stephen King’s work to life. Pic: Apple

Abrams added: “I would ask Stephen what he was thinking because I just really wanted to make sure he was happy. And he was… he could not have been happier.

“It was the dream reaction and I think it was it’s all testament to that collaboration. I think Stephen and (director) Pablo together just really were a really powerhouse pair.”

COVID-19: Anger amid reports end of lockdown will be delayed