Hillsborough disaster: 600 survivors and families to get compensation from police over cover-up 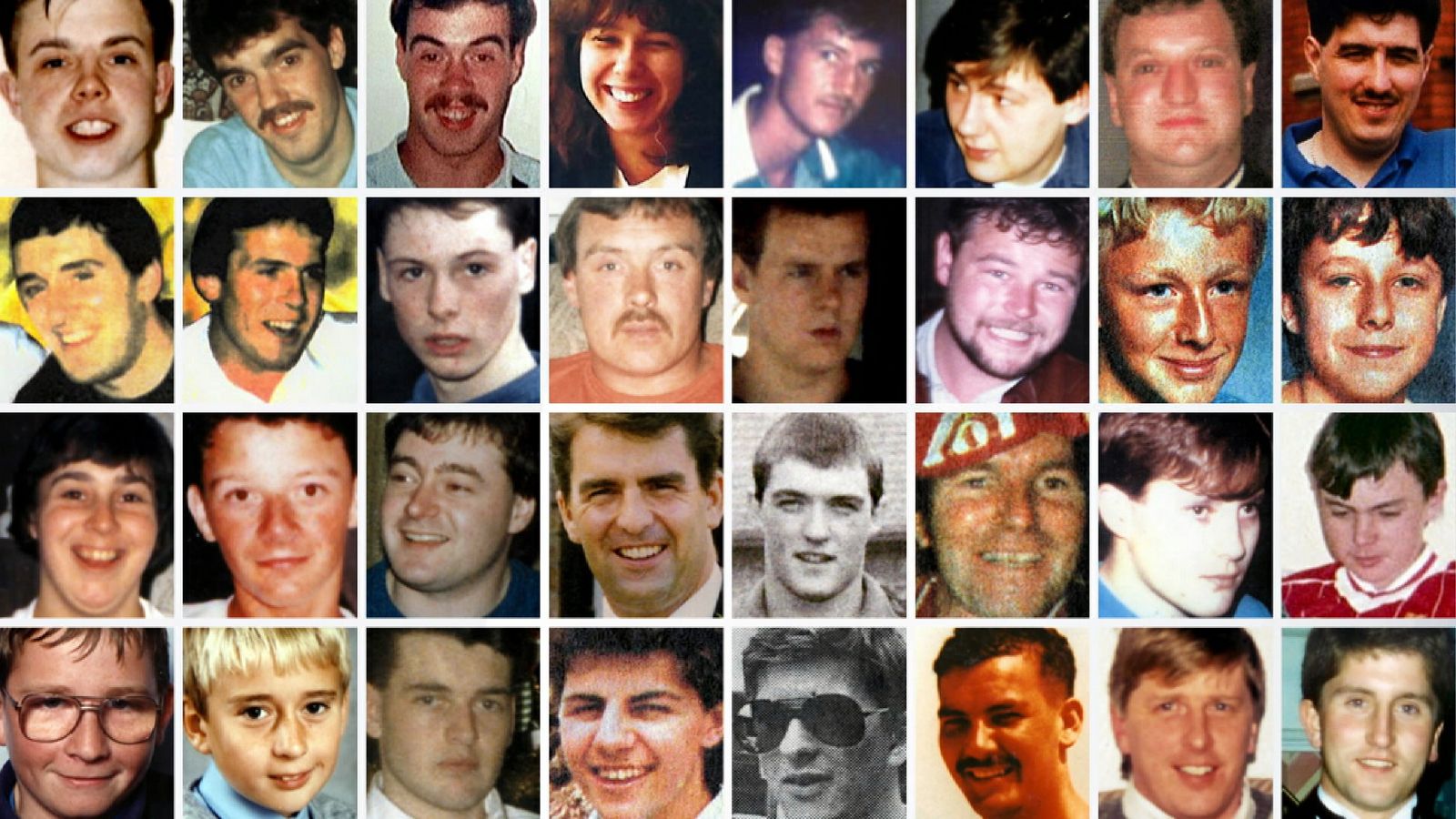 Two police forces have agreed to pay damages to more than 600 survivors and family members following a cover-up of the Hillsborough disaster, lawyers have said.

The West Midlands and South Yorkshire forces agreed the settlement earlier this year after a civil claim for misfeasance in a public office was brought on behalf of 601 claimants, lawyers representing the victims said.

Nobody has ever been convicted over the cover-up following the incident at Sheffield’s Hillsborough Stadium during the 1989 FA Cup semi-final in which 96 Liverpool fans died.

Image: Flowers and tributes placed at Anfield in Liverpool on the anniversary of the disaster

Shortly before kick-off, supporters were let through a gate, which caused crowding in the stand and a crush, leading to dozens of deaths and 766 injuries.

In the days and weeks after, police fed the press false stories suggesting hooliganism and drunkness of Liverpool supporters caused the disaster.

Even after a report in 1990 found the main cause was a failure of control on the day by the police, blaming of the fans persisted.

The claim was started in 2015 and agreed in April, but could not be reported until the conclusion of the trial of former South Yorkshire Police chief superintendent Donald Denton, 83, retired detective chief inspector Alan Foster, 74, and Peter Metcalf, 71, the force’s lawyer at the time.

The three men were accused of amending police officers’ statements to minimise blame on the force but were all acquitted of two counts of perverting the course of justice last week after a judge ruled there was no case to answer.

Lawyers said the two police forces will pay damages to compensate each claimant for injuries suffered and provide access to a treatment fund for further psychiatric treatment or counselling.

Where the claimants have died, the compensation will be paid to their estate.

They did not say how much the payout is.

A spokesman for Saunders Law, the lead solicitors for the group litigation, said: “Through this civil claim for misfeasance in a public office, 601 victims sought justice and accountability for the deliberate, orchestrated and thoroughly dishonest police cover-up that suppressed the truth about the responsibility of the police and blamed the football supporters for the horrific events that unfolded at the Hillsborough Stadium on April 15 1989.”

The disaster at Sheffield Wednesday’s stadium was investigated by West Midlands Police.

Lawyers said the cover-up had caused added psychiatric injury to the survivors and the families of those who died.

The spokesman added: “The settlement of these claims marks the end of an unparalleled and extraordinary fight for justice by the victims and their families.”

Image: Liverpool fans have been campaigning for justice for the last 32 years

An apology for the cover-up was given in 2012 by the then-chief constable of South Yorkshire Police David Crompton after the publication of the Hillsborough Independent Panel report.

New inquests were also carried out and concluded in 2016, finding the 96 men, women and children who died were unlawfully killed and fans played no part in the causes of the disaster.

Saunders Law said there had been “an almost complete failure of the justice system to deliver justice” and called for a Hillsborough Law, which would include a duty of candour for public officials.

The spokesman said: “We trust that this settlement will put an end to any fresh attempts to rewrite the record and wrongly claim that there was no cover-up.

“In so commenting, we contrast the dignity of the bereaved families and the supporters with the conduct of those who still seek to peddle the discredited lies of the past.”

COVID cases in England soar by 76.5% in a week, ONS estimates show