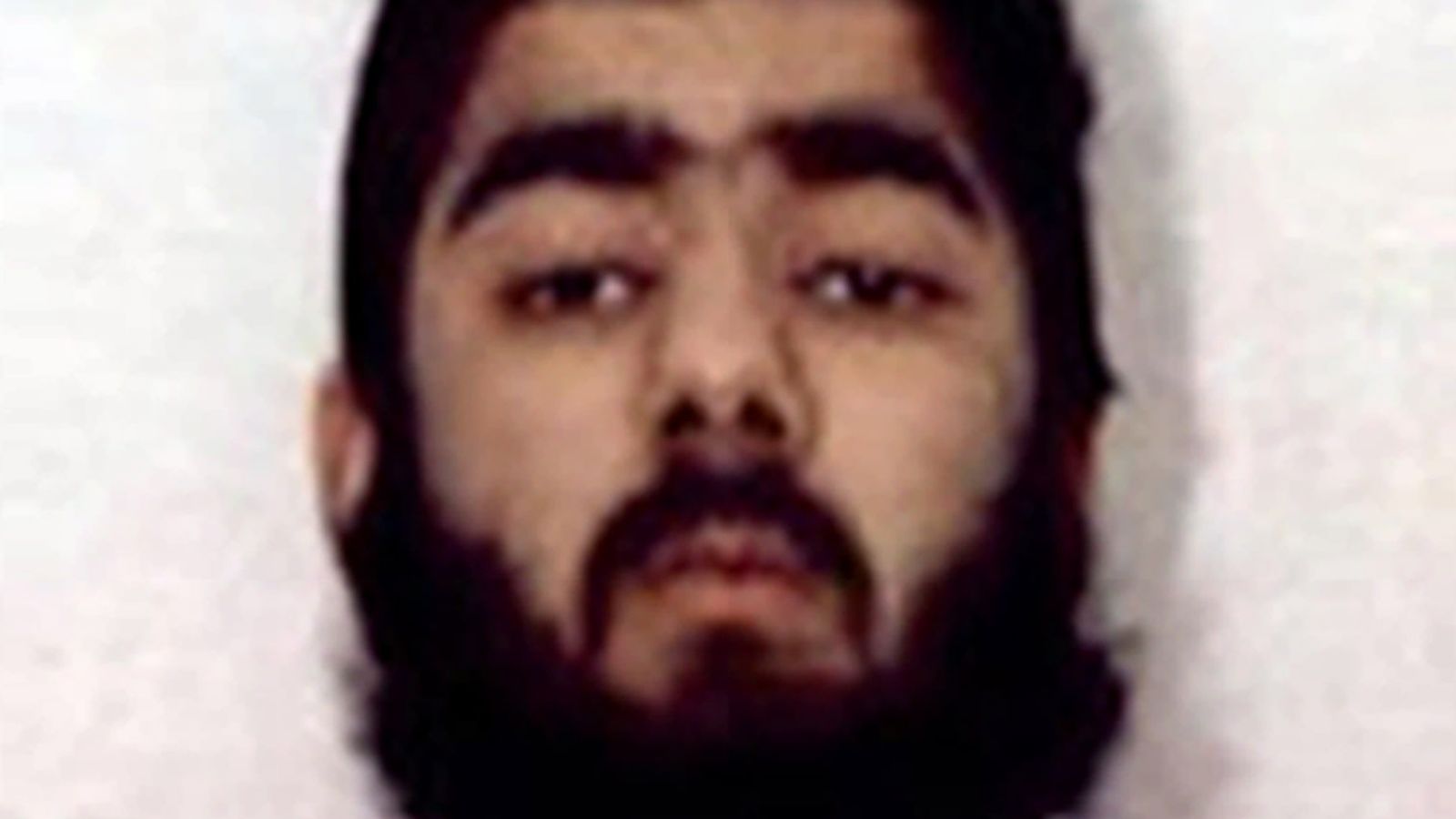 A senior police officer was “flabbergasted” that the Fishmongers’ Hall killer was still moving 10 minutes after he had been shot, he told an inquest.

The inquest into the shooting was told that six different firearms officers discharged a total of 20 rounds at Usman Khan over the course of 10 minutes.

Khan had stabbed Jack Merritt, 25, and Saskia Jones, 23, workers on a Cambridge University prisoner rehabilitation project at an event at Fishmongers’ Hall, before forcing his way out on to London Bridge.

Officer KH16, a sergeant in the Metropolitan Police, was the tactical firearms commander on the ground during the response to the attack.

He arrived in a marked armed response vehicle codenamed Trojan 3N, driven by a colleague.

KH16 told the inquest: “I saw a man dressed all in black with his feet towards the river and head to the kerb.”

He added: “I was approached by a City of London officer who said words similar to, ‘he’s been shot, he’s got a suicide vest’ and gave reference to multiple casualties in Fishmongers’ Hall.”

Officer YX97, a constable in the City of London police, was in the second armed response vehicle to arrive, codenamed Trojan City Two.

He took up position on the steps of the Fishmongers’ Hall and described how he saw Usman Khan sit up.

The officer, who was looking through his rifle sights, told colleagues that Khan was “strapped up” meaning he had an improvised explosive device.

Image: Khan was stabbed with a narwhal tusk by a member of the public. Pic: Met Police

The officer told the inquest: “He then sat up. At that point there I thought, ‘we’re dead’.

“Due to the IED, this was the first movement he had done which was an action rather than a reaction to being shot.”

They added: “I heard a shot go off towards him, my sight was on him, I heard one, maybe two, he hadn’t reacted and then I took a shot towards him

“I then took an aimed shot towards his head. I shot four shots in total in a few seconds.

“It was quite surreal. He put his hand up to his head and looked down to see if there was any blood there and all I could think was, ‘why aren’t you dead?'”

Shortly afterwards, Khan fell back, there was more movement afterwards, and other shots were fired, the inquest was told.

An officer codenamed WA30 was acting as “MXA Metro Alpha”, the duty inspector and tactical firearms commander in the Metropolitan Police special operations room in Lambeth.

They were watching a live video feed of events from a police helicopter.

Even after the shooting, Khan continued to move and the officer told the inquest: “I was flabbergasted that the man had been shot numerous times and it took a while for him to cease moving.

Image: Usman Khan pictured at Bank station in London before the attack

“He was shot a number of times. Eventually, very slowly, nothing like you see on the movies, he ceased moving.

Khan’s last movement was at 2.12pm – 10 minutes after the first shot and 25 seconds after the last.