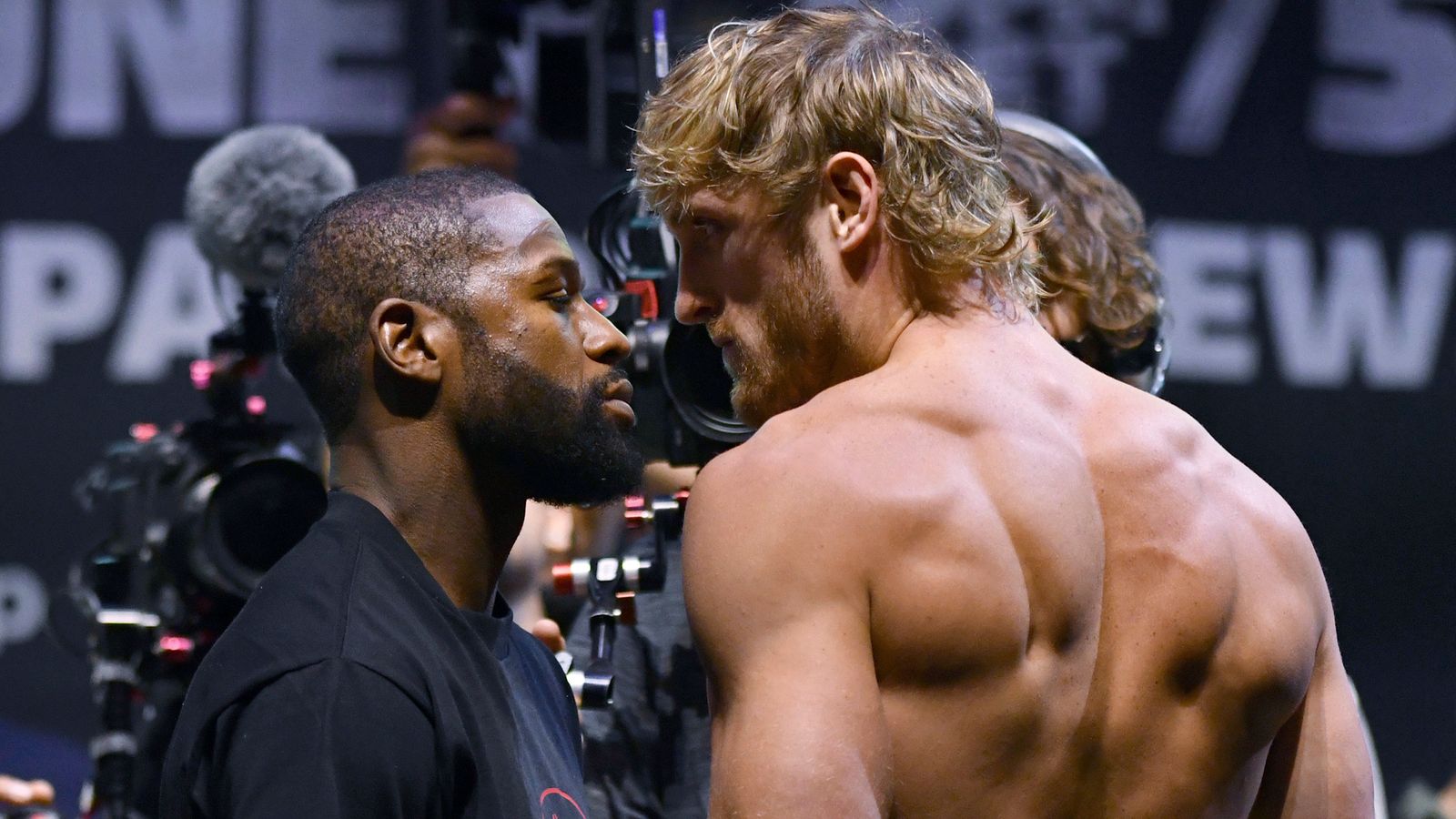 One of the greatest boxers of all time, Floyd Mayweather, takes on one of YouTube’s biggest stars, Logan Paul, in a fight which will only have winners.

Mayweather and Paul squared up to each other in traditional fashion at the public weigh-in on Saturday ahead of Sunday night’s bout, which is expected to net both men tens of millions of dollars.

Mayweather is conceding the advantage in age, weight and size against Paul. The YouTuber’s 6ft 2in frame came in at 189.5 lbs, with the 5ft 8in Mayweather checking in at 155 lbs.

Image: Logan Paul flexes his muscles ahead of his bout with Floyd Mayweather. Pic: AP

It’s not the first time Mayweather has come out of retirement for a big purse. He stopped UFC icon Conor McGregor in the 10th round when they fought each other in August 2017.

Meanwhile, Paul, 26, goes into the bout with 0-1 record, having lost a grudge match to fellow YouTuber, Britain’s KSI, in November 2019.

However, Paul, remained defiant about his chances saying: “He’s not ready, he don’t know what to expect, and this is not the biggest fight of my life.

“This is the biggest fight of his life, because he’s got a lot on the line and he’s got everything to lose.”

But Mayweather, a five-weight world champion, dismissed the size difference between them – usually a decisive factor professional boxing.

The eight-round bout may be an exhibition but it’s generating huge amounts of interest and cash in ticket sales on pay-per-view TV.

There will be no judges and no official winner at the fight in Miami, but they will both collect winnings of millions of dollars.

Watch Mayweather v Logan Paul on Sunday, live on Sky Sports Box Office, from midnight. Book it via your Sky remote or book it online here. Non-Sky TV subscribers can book and watch it here.

BAFTA TV Awards: The shows in the running for an award