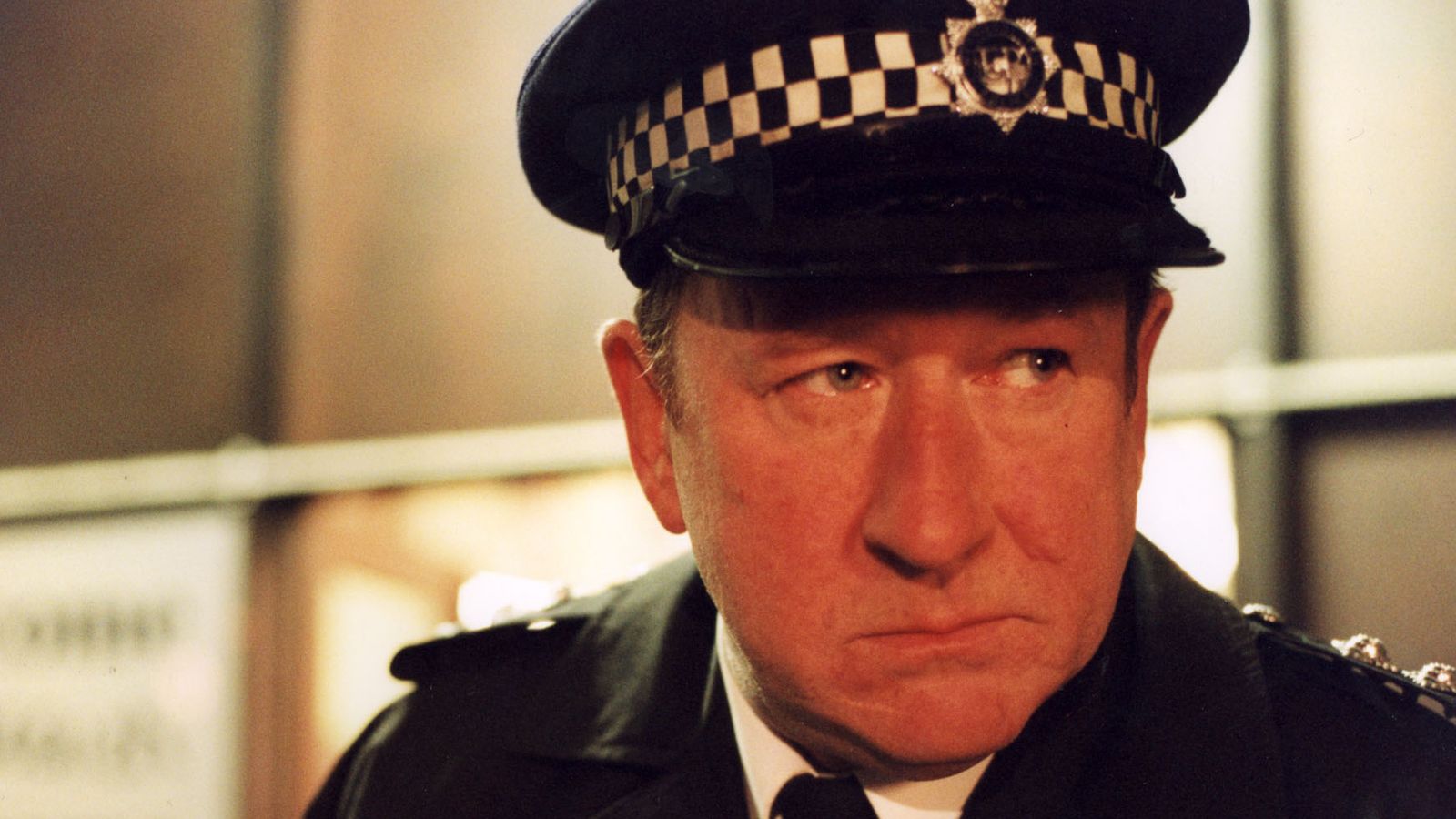 Roberts’ character on the ITV police drama – which ran for 26 seasons from 1983 until 2010 – was a dogged, old fashioned, career-focused officer and hostage negotiator.

“Best known as Chief Inspector Derek Conway in The Bill & he had an extensive career in theatre, TV & film. Our thoughts are with his wife Helen & family at this time.”

Roberts was born in Bangor, Wales, in July 1950 and his first TV role was in A Woman’s Place, with Ralph Bates.

He also appeared in crime drama The Professionals, and played a minor role in Doctor Who in 1984.

But it was long-running police show favourite The Bill where Roberts made his name, cast in 1987 as an officer who acted as Chief Superintendent Brownlow’s right-hand man.

Remembering the wonderful Ben Roberts who sadly passed away on Monday. Best known as Chief Inspector Derek Conway in The Bill & he had an extensive career in theatre, TV & film.
Our thoughts are with his wife Helen & family at this time. pic.twitter.com/WFndKhU3TG

Roberts left the ITV show in 2002, with his character killed in a car bomb attack as part of a cast shake-up by new producer Paul Marquess.

In 2011, he played Briggs in Fukunaga’s movie adaptation of Jane Eyre, and in 2014 played Jean in A Little Chaos, directed by the late Alan Rickman.

And in 2016, he appeared in Miss Peregrine’s Home For Peculiar Children, directed by Burton.

Film producer Jonathan Sothcott was among those paying tribute.

He wrote on Twitter: “Terrific character actor, totally believable. They really did cast that show so well.”

Actor Martin Delaney, whose film credits include Zero Dark Thirty, said: “Ben was in the episodes of my first ever experience on The Bill.

“He kept the morale up on a few long night shoots. Years later when doing Family Affairs, we shared studios with The Bill. Used to see him around a lot – a true character. RIP Ben.”