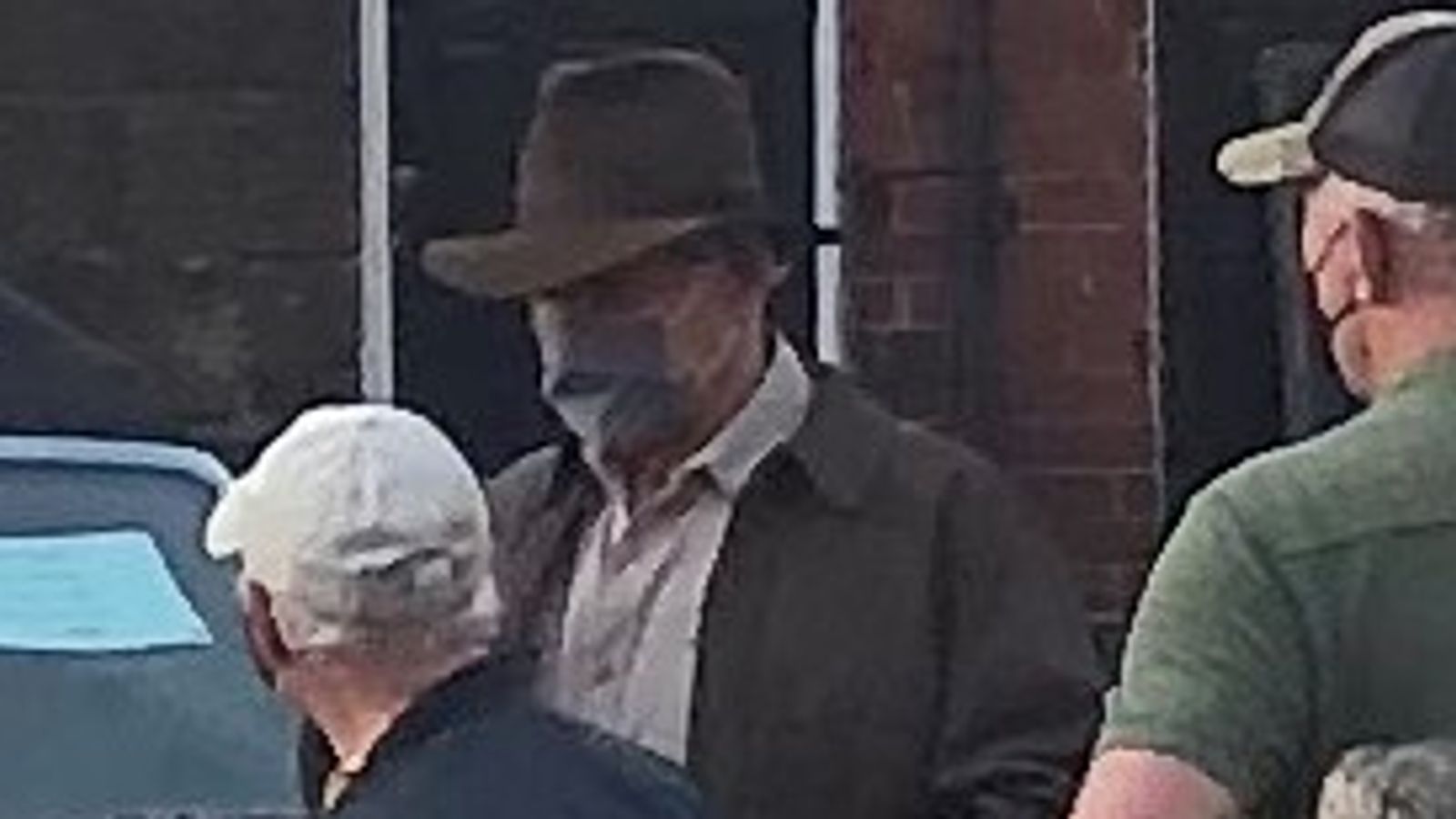 Harrison Ford cheekily told a young fan that he was Indiana Jones’s stunt double after he was spotted on set in North Yorkshire.

The 78-year-old, who is playing the whip-cracking adventurer for a fifth time, doffed his famous brown hat when he was seen in the North Yorkshire village of Grosmont.

The A-lister was noticed by eight-year-old Evan Laven as he emerged from a tunnel in the village, which has a stop on the North York Moors railway.

Image: Vicki Levan with Evan in Grosmont – where they spotted Harrison Ford

Evan’s mum, Vicki, a deputy headteacher, said that her son then asked if he was Indiana Jones.

She added: “He tipped his hat and said no, he was the stunt double.

“It was absolutely amazing, it really made my son’s day.

“We knew they were filming, but didn’t realise Harrison Ford was there.

“He came out of the tunnel in his full gear – I just couldn’t speak.

Image: Grosmont is home to a station on the North York Moors Railway. File pic

Ford was later spotted in his cycling gear at a pub in North Shields, with singer Sam Fender unable to contain his surprise at the star dropping into his hometown.

He tweeted: “I still can’t get over the fact that Harrison Ford was in North Shields today. Han Solo was on the Fish Quay man. Shields is the one.”

It is thought that the new Indy film, also starring Phoebe Waller-Bridge, will also feature Bamburgh Castle in Northumberland, which has been temporarily closed to the public.

North Yorkshire appears to be the latest filming location of choice for Hollywood, with Tom Cruise’s latest Mission: Impossible movie also shooting recently in the area.

It comes as the film industry moves to bring productions back up to speed following the pandemic-enforced studio shut downs.

Carl Les, leader of North Yorkshire County Council, said: “We have many wonderful places to visit across the county and it is a pleasure to see people once again able to enjoy them as the pandemic roadmap moves forwards.

“It is also marvellous to see the county is being increasingly recognised as a location for the movie industry and films like Indiana Jones will help present North Yorkshire to an international audience.”

Noel Gallagher on Prince Harry: Oasis star says he sympathises with Prince William over younger brother ‘shooting his mouth off’