COVID-19: Why the UK is still some way short of herd immunity despite impressive vaccine rollout 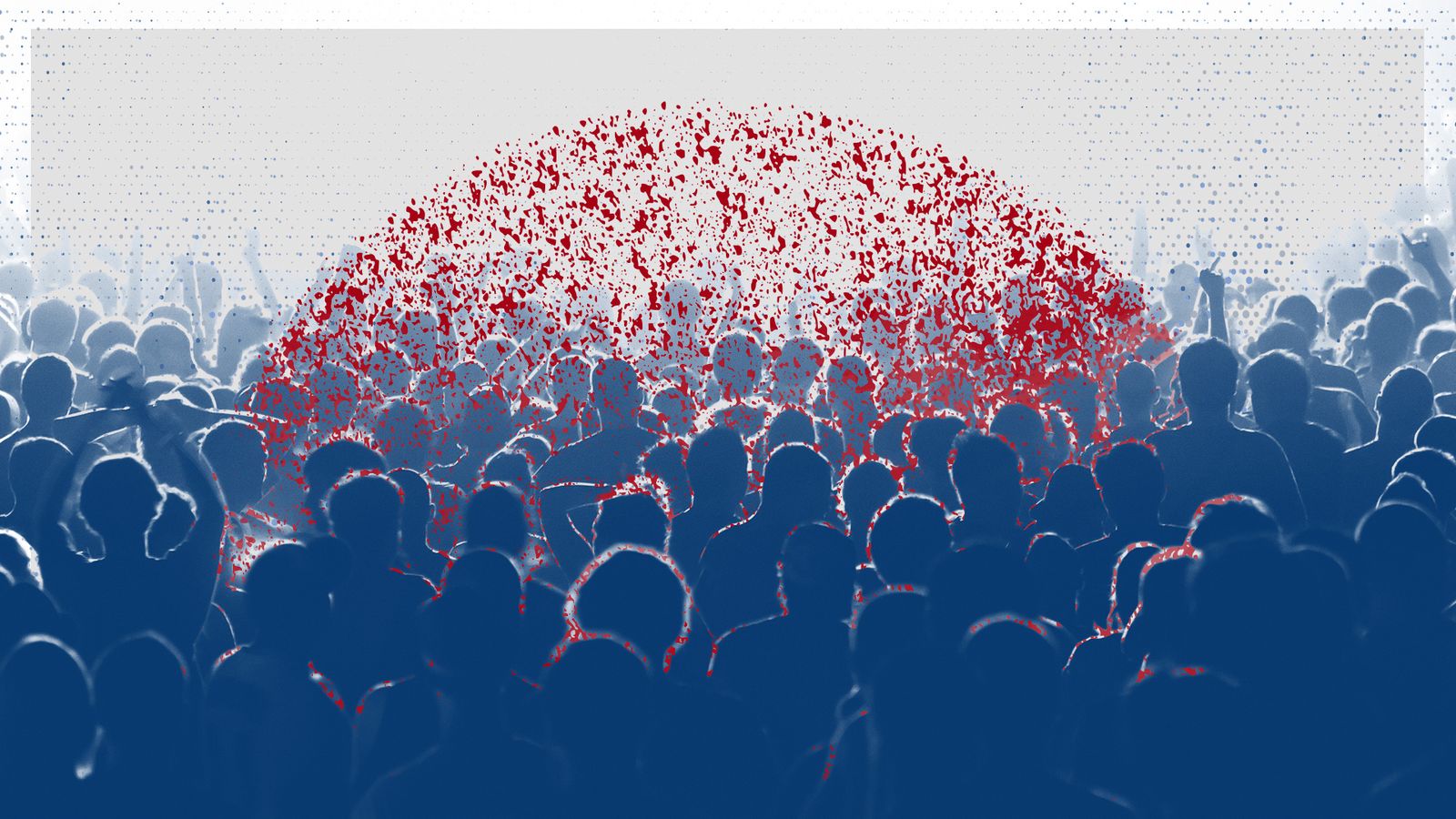 It’s antibodies that protect us from COVID-19 and the latest data from the Office for National Statistics seem to offer some hope.

Eight out of 10 adults now have antibodies.

So, are we reaching herd immunity? That’s when there aren’t enough people vulnerable to the virus for it to spread through the population – and for the Delta variant, first identified in India, it’s likely to be when roughly 80% of people are immune.

For a start, the ONS data just covers adults – that’s just over 52 million of the UK’s 66.7 million population.

The rest – a little over 14 million – are children and teenagers under 18, and they’re not currently being vaccinated unless they have a serious underlying medical condition.

But here’s the point. They can still spread the virus.

Image: The COVID variants have been renamed – with the ‘Indian variant’ now known as Delta

So even if 80% of the adult population had protective levels of antibodies, it would be 42 million people – or 63% of the total population. A long way short of herd immunity.

But there is another crucial point. The ONS tests for antibodies – it doesn’t measure how many they have.

And that matters – because the more antibodies you have, the better your chance of stopping the infection.

Just look at the real-world data.

That shows in the infection rates. Take Blackburn with Darwen, where they’re rising fast – but only in people under 60, who are far less likely to have had two doses of the jab.

It looks like we are now at the start of a third wave. But the number of new infections will depend on the extent of the vaccine rollout.

Delaying the final lifting of lockdown restrictions (due for 21 June) by just two weeks would mean an extra 2.2 million people getting their first dose on current trends.

Another five million would get their second – and these are older people who are more likely to get seriously ill.

So we’re not at herd immunity yet, but the more people who are vaccinated, particularly with two doses, the slower the spread of the virus.

It’s one of the factors government scientists will be considering when they advise ministers on whether it’s safe to unlock on 21 June.

Danyal Hussein: Teenager ‘murdered sisters Bibaa Henry and Nicole Smallman as sacrifice to a demon so he could win the lottery’, court hears