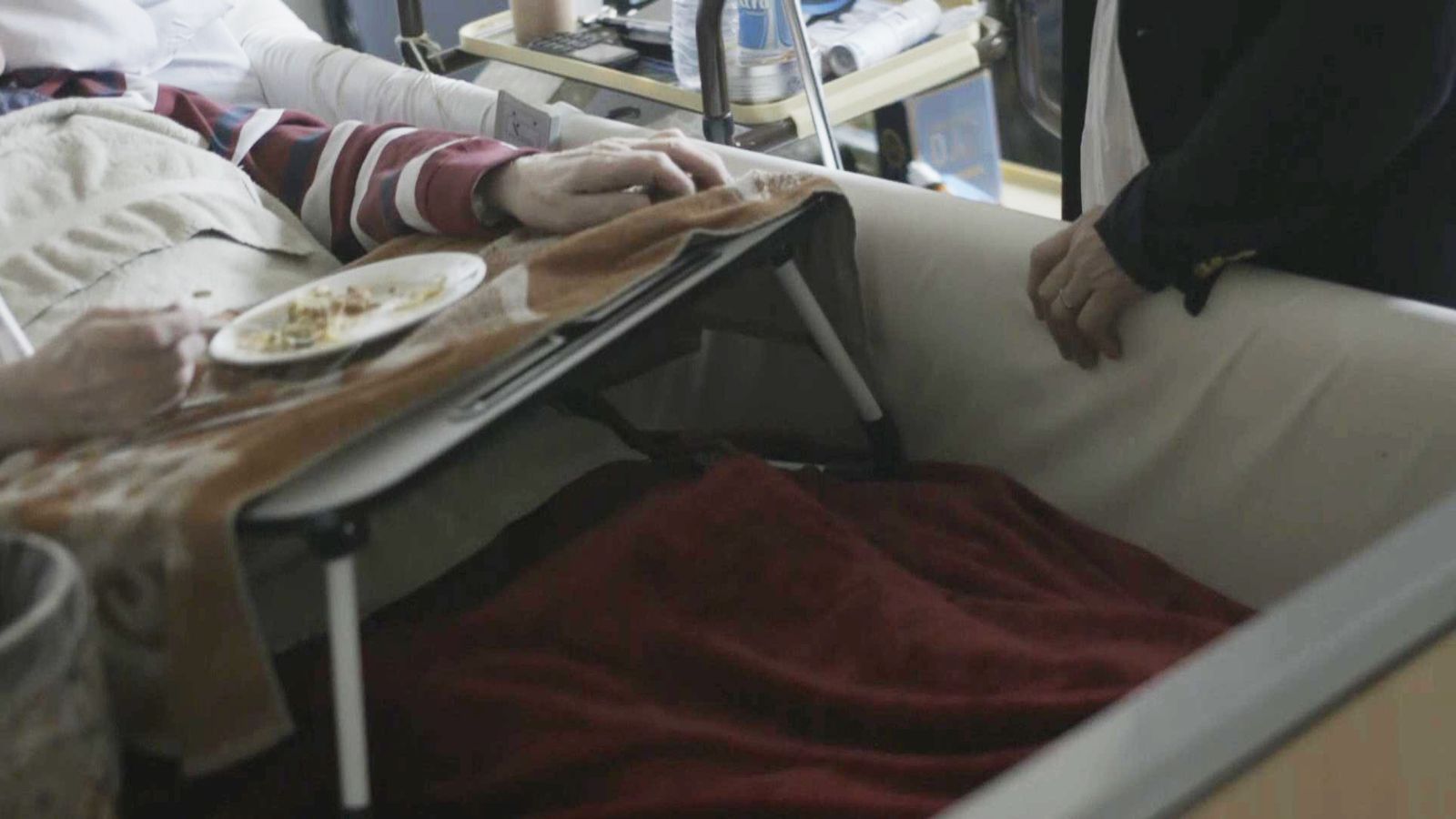 The health secretary’s account of the government’s early handling of the crisis in care homes is now widely disputed by many of those who witnessed it first-hand.

Matt Hancock appeared before MPs to answer questions about the UK government’s handling of the pandemic.

The session was part of a joint inquiry by the Health and Social Care and Science and Technology Committees, which are considering what lessons can be learned from the government’s response.

And listening to every word was Lyndsay Allison, whose 76-year-old father-in-law, John, died of COVID shortly after being discharged from hospital into a care home last May.

She said: “The health secretary said that his main aim was to protect and shield the elderly and the vulnerable. I think what he meant by that was protect the NHS.

“Because care didn’t get protected. We’ve not had any apology and Matt Hancock refuses to admit any fault whatsoever.

“I understand it was the beginning of the pandemic and mistakes were made, but those mistakes need admitting to so everybody can move forward and learn from those mistakes.

At the beginning of the pandemic, many care homes struggled to prevent the spread of COVID-19. This was either because personal protective equipment (PPE) supplies were scarce or because thousands of hospital patients were sent to care homes without a COVID test.

But Mr Hancock told the committee that untested discharges contributed to just 1.6% of care home deaths, instead claiming staff might have brought the virus in from the community.

“Sadly, the biggest route of COVID-19 is through the community, it’s through people who live in the community and work in the care home,” he said.

That has angered people like Pearl Jackson, who runs 21 homes across England and has been in care business for nearly 40 years.

“Our experience on the ground is very different,” she said. “It was clear it (the COVID infection route) was from hospital and the pressure we were under at that timeto take untested discharges was immense.

“I had senior members of staff within hospitals forcing me to take patients without tests. And it seemed to me that the priority was to discharge elderly without tests because they couldn’t wait three or four days for a test to come back. They wanted to clear hospital beds as quickly as possible.

“There seems to be a projection of blame on to care homes and that’s not justified. We had one person discharged from hospital. Until that moment, we were negative throughout. Within a week 15 residents had COVID.

“I was enraged watching the health secretary. If he came clean and apologised, we would support him. We’ve tried our best to recover. But he still hides behind blame.”

This strength of feeling is shared by another care provider.

Nicola Richards, managing director at Palms Row Healthcare, witnessed for herself how quickly COVID took over her Sheffield-based care home.

In early March she was warning of a lack of PPE and testing as the pandemic developed.

She told Sky News: “There was a lack of PPE supplies diverted from care homes, so how could homes manage safely with limited supplies.

“Listen to all care providers. We are all saying the same thing. It’s not a political debate – people lost their lives unnecessarily.

“I am angry that Mr Hancock said the government tried to protect care homes. They failed our elderly, their loved ones and our staff.

“He simply cannot be allowed to blame staff for spreading the virus. There should have been measures in place to protect them. They put their own lives at risk to care for others. They need to recognise that.”