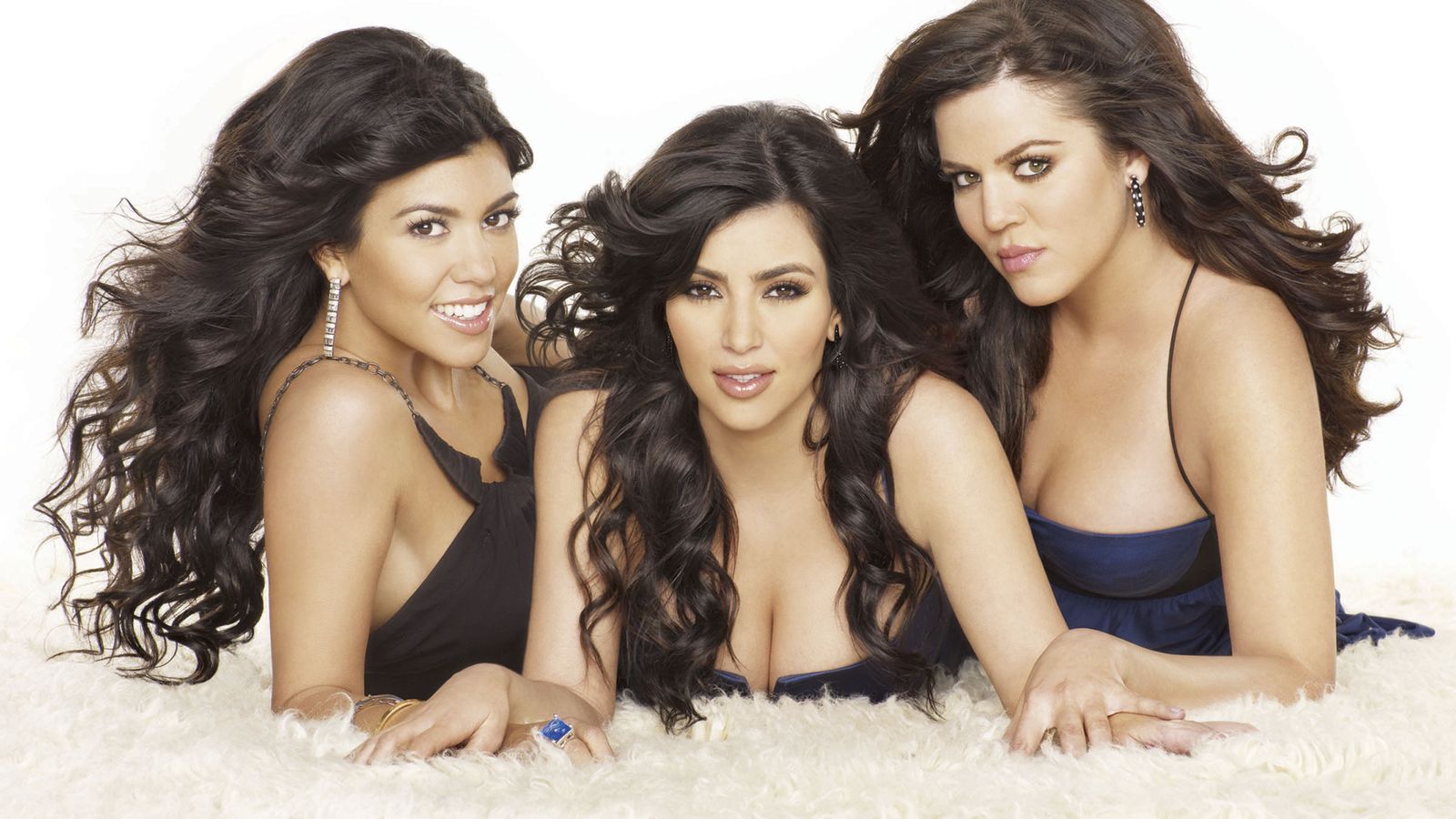 After 14 years, 10 children, numerous relationships, lots of squabbles, a few cosmetic enhancements (reportedly) and too many red carpets to count, Keeping Up With The Kardashians is finally coming to an end.

The reality series that turned Khloe, Kourtney and Kim Kardashian and their younger half-sisters Kendall and Kylie Jenner – plus brother Rob Kardashian, for a bit – into the most famous TV family in the world is finishing after 20 series.

As we say goodbye (although not for too long, there’s a reunion planned in just a few weeks), here’s a look back at the Kardashians over the years.

Image: ‘Momager’ Kris Jenner and the girls pictured with brother Rob, who appeared in the earlier seasons of Keeping Up With The Kardashians, a year after the launch of the show. Pic: Peter Brooker/Shutterstock Image: Here’s (L-R) Kylie and Kendall Jenner, Kourtney and Kim Kardashian looking ready to hit the dancefloor at Tiger Tiger but actually at the Teen Choice Awards in 2009. Pic: AP Image: ‘LBDs?’ ‘Yeah, LBDs.’ ‘Kourtney gets a pattern ‘cus she’s oldest.’ Kylie, Kourtney, Kim and Kendall all got the fashion memo for this red carpet in 2010. Pic: AP Image: Kim was originally famous, of course, for hanging out with Paris Hilton. They’re still BFFs Image: Khloe, Kris and Kim take their turn wearing leopard print for this event in 2011. Pic: AP Image: Here’s one of Kris and Caitlyn Jenner (who was Bruce at the time) back in 1990, way before they invited the world into their family life. Pic: Ralph Dominguez/MediaPunch /IPX/AP Image: All five sisters attend the People’s Choice Awards in 2011. The red carpets have got a bit swankier since this one. Pic: AP Image: Kourtney K had three children with her ex, Scott Disick, during her time on the show. She’s now dating Blink 182 star Travis Barker and enjoying sharing lots of sexy pics of their romance on social media. Pic: Star Max/IPx/AP Image: Khloe Kardashian’s daughter True, with Tristan Thompson, was born in 2018. They’re reportedly still together but it’s complicated. Pic: zz/GOTPAP/STAR MAX/IPx/AP Image: Kylie Jenner’s daughter Stormi Webster, with rapper Travis Scott, was also born in 2018. Pic: AP Image: Kim and Kanye West had daughter North in 2013, were married the next year and went on to have three more children together. They announced their split earlier in 2021. Pic: XPX/STAR MAX/IPx via AP Image: Here she is showing her baby bump in lace in 2015, when she was pregnant with her second child, Saint Image: But before Kanye, Kim married and filed for divorce from her second husband, Kris Humphries, in the space of 72 days in 2011. Pic: AP Image: Kylie experiments with the big pants, see-through dress look with mum Kris in Cannes in 2015. Pic: AP Image: Kendall Jenner has walked the Victoria’s Secret catwalk – here she is rocking a kilt and kecks in 2018. Pic: AP Image: Just a casual family outing to the Met Gala in 2019: (L-R) Kris Jenner and boyfriend Corey Gamble, Kim Kardashian, Kanye West, Kendall Jenner, Kylie Jenner and her on-off boyfriend Travis Scott. Pic: AP Image: Caitlyn Jenner came out as a trans woman in 2015. Pic: AP Image: Kim was officially declared a billionaire by Forbes earlier in 2021. Poor Kourtney has to make do with her estimated $45 million (£32 million) Image: Keeping Up With The Kardashians has followed the family’s ups and downs for 14 years – but now it really is finally over Image: From reality TV to the Oscars: Kim and Kylie Jenner pictured at the Vanity Fair party in 2020. Pic: AP Image: And finally, here’s Kim and Kylie (and Kendall bobbing down – clearly too tall for the group shot) modelling some of Kim’s Skims underwear range. Pic: gotpap/STAR MAX/IPx/AP

G7 summit: UK to donate at least 100 million surplus COVID vaccine doses to other countries within the next year, Boris Johnson pledges