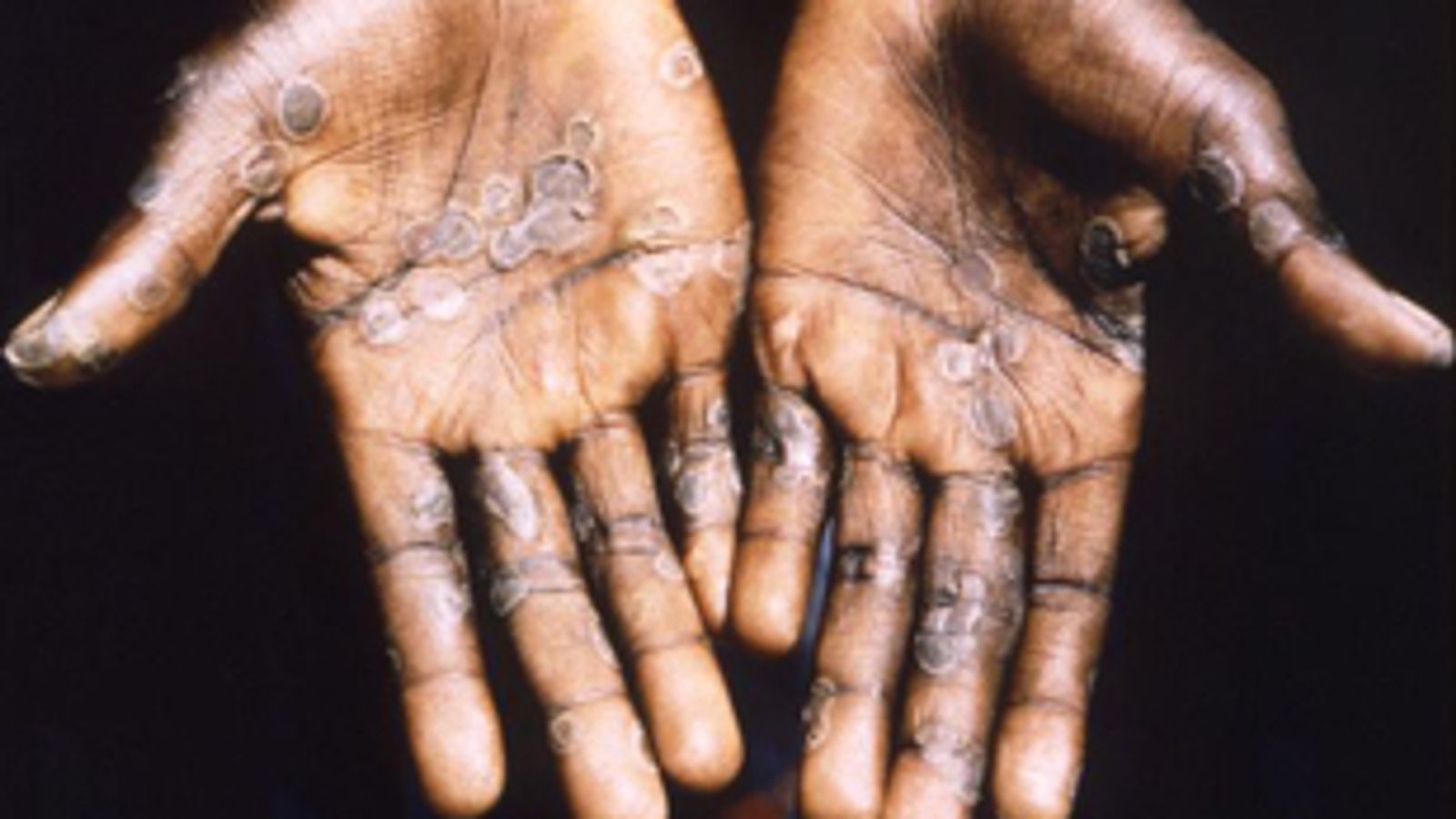 Two cases of monkeypox have been reported in north Wales, health officials have said.

Public Health Wales (PHW) said the people were infected abroad and the two patients are from the same household.

Both PHW and Public Health England are monitoring the cases, which has seen the two people admitted to hospital in England.

Image: Monkeypox symptoms include a rash, chills, fever and exhaustion

One patient has since been released.

“Confirmed cases of monkeypox are a rare event in the UK, and the risk to the general public is very low,” said Richard Firth, PHW’s consultant in health protection.

“We have worked with multi-agency colleagues, following tried and tested protocols and procedures, and identified all close contacts.

“Actions have been put in place to minimise the likelihood of further infection.

“Monkeypox is a rare disease caused by the monkeypox virus and has been reported mainly in central and West African countries.

Monkeypox – first reported in the UK in September 2018 – is regarded as a mild condition in most cases, which will have no long-term impact on health and take a few weeks to recover from without the need for treatment.

It is possible for a rash to develop beyond the initial symptoms, which include fever, headache, muscle aches, swollen lymph nodes, chills, exhaustion and backache.

The virus is similar to smallpox and can be fatal, but is considerably milder in the vast majority of cases.

According to the WHO, human cases are mostly reported in rural parts of central and western Africa, with the largest documented outbreak said to have come in Nigeria in 2017.

The first case outside Africa was in the US in 2003.

In December 2019, one case was discovered in England – the fourth case diagnosed in the UK since 2018.