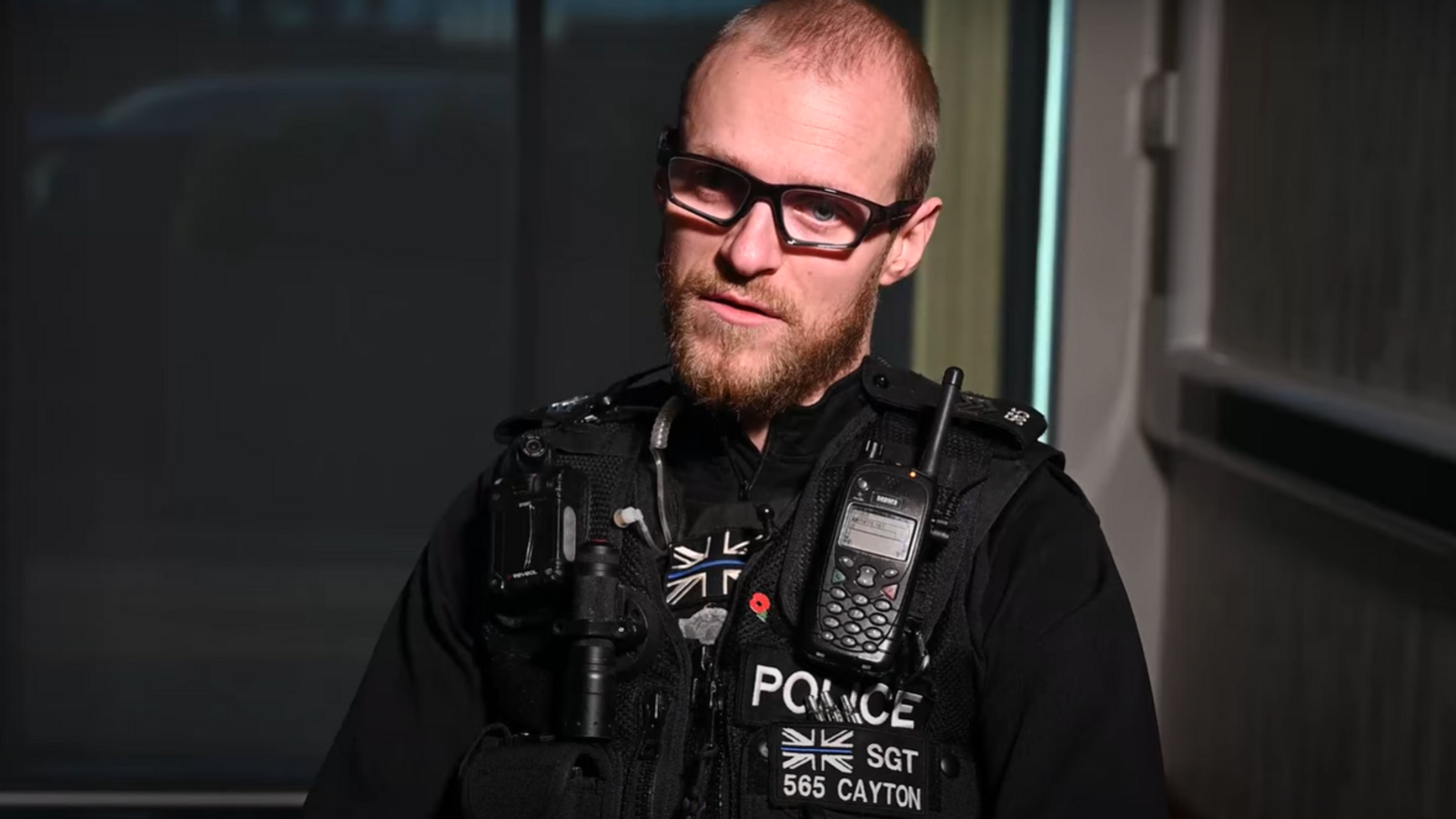 A police officer has described the moment he was shot three times in the face by a man he was trying to arrest.

Police Sergeant Dave Cayton had been responding to reports of a man with weapons at a home in Desborough, Northamptonshire, when the suspect appeared holding a pistol.

“I can vividly remember the loud crack of the weapon discharge and feeling an intense, almost burning pins-and-needles-type pain,” he said.

The officer was left with multiple steel ball bearings lodged in his face, including one only millimetres from a thin piece of bone separating his nose from his brain.

“Everything slowed down,” PS Cayton recalled. “The best way I can explain it is the fight or flight choice and I genuinely believe you don’t get to choose which one your body decides on.

“At that exact moment I think that’s where the benefit of being a police officer and the training you receive and the morals that you have, come into play. So my body’s reaction was, I need to fight, I need to defend myself and I need to protect the other people in this property.”

The officer then tried to disarm Coe, who had also pulled out a knife, and eventually managed to get him in handcuffs before backup arrived.

Image: The officer has been left with a scar on his face. Pic: Northamptonshire Police

PS Cayton said at the time he had no idea what he had been shot with – later found to be a gun discharging metal pellets – and only realised he had been shot in the face when the suspect was safely detained.

“I was very lucky not to be blind or potentially dead,” he said, adding it had felt like a “lifetime” by the time other officers arrived on scene.

Coe was later charged with wounding with intent and being in possession of a firearm.

He was handed an extended sentence of 11 years in prison, with a custodial time of eight years and eight months.

Nick Adderley, the chief constable, said: “I would walk through the gates of hell for my police officers and I will do everything in my power to protect them, including making sure that every instance of violence against them is pursued through the courts.

“When I heard about this incident, it chilled me to my core and it mirrors the rising levels of violence we are seeing against police officers across the country as a whole.”