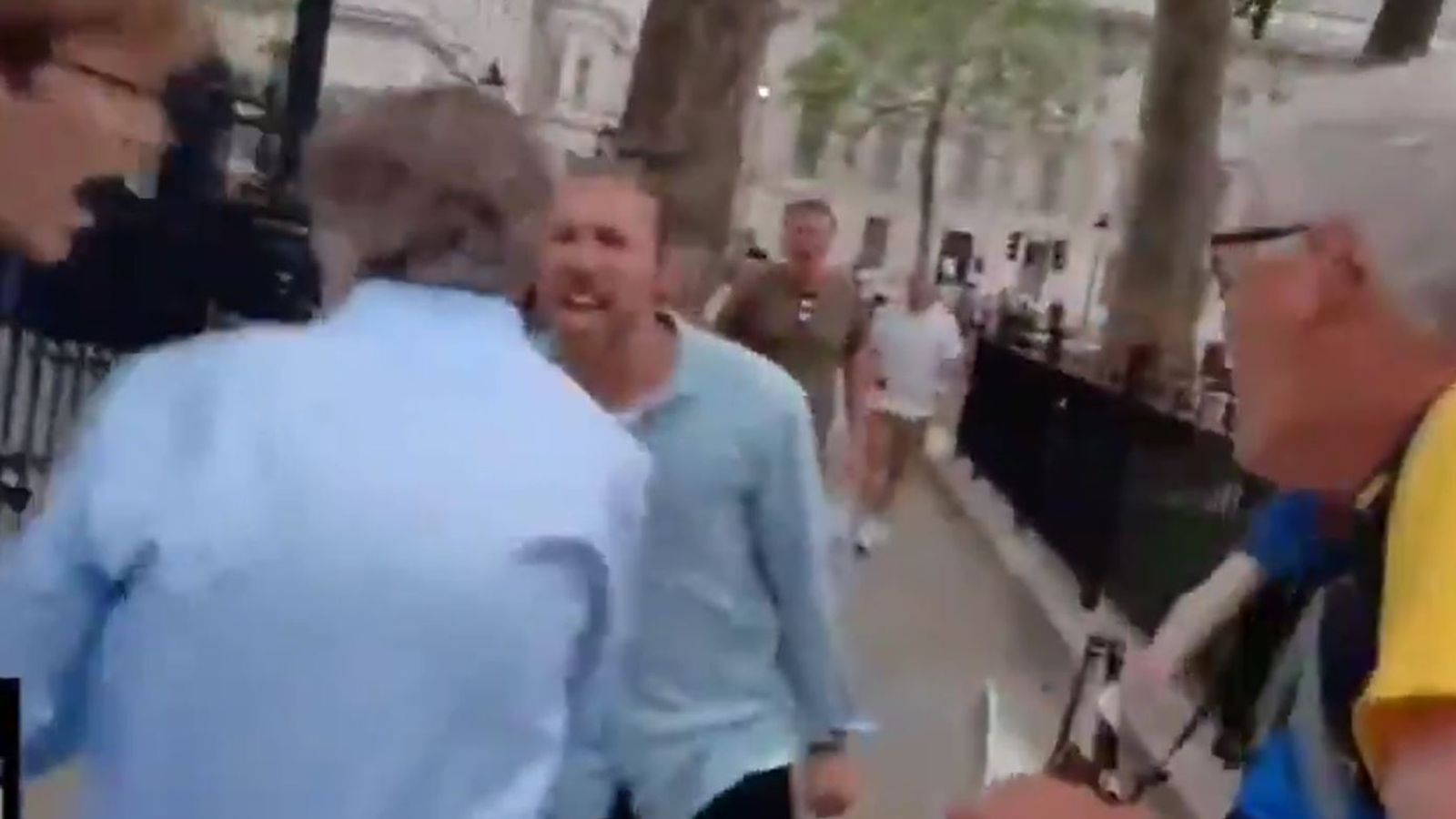 The prime minister has condemned footage that shows a BBC journalist being harassed and chased by anti-lockdown protesters.

“The media must be able to report the facts without fear or favour – they are the lifeblood of our democracy.”

Disgraceful to see the hounding of Nick Watt doing his job.

The media must be able to report the facts without fear or favour – they are the lifeblood of our democracy.

The Metropolitan Police said on Tuesday afternoon a man in his 50s was being interviewed at a Hertfordshire police station in connection with the incident.

“A second man has been identified and is being actively sought,” it added.

The force also said it acknowledged “concerns that have been raised about the police response during this incident”.

“We take those concerns seriously and will be reviewing our actions with a view to improving the policing of events for all Londoners.”

She added: “This month the government launched a consultation to better understand the nature & volume of threats and abuse against journalists who are operating in the UK.”

Harassing and intimidating any journalist is completely unacceptable. All journalists should be able to do their work without impediment or risking their safety #newsnight

The editor of the BBC programme Newsnight has also been among those to condemn the behaviour.

Esme Wren said on Twitter: “Harassing and intimidating any journalist is completely unacceptable. All journalists should be able to do their work without impediment or risking their safety.”

Mr Watt, who was wearing a BBC lanyard, was confronted by people, not wearing masks, shouting “traitor” and other slurs close to his face.

He was then forced to turn around and run away from the mob, some of whom chased him.

The video shows him running beyond a line of police officers, although it is not clear if he informed any of them about the abuse.

Image: The protest took place outside the Houses of Parliament and on Whitehall

Crowds had gathered in Westminster to protest against the government’s extension of coronavirus restrictions in England by four weeks.

The BBC said in a statement: “This behaviour is completely unacceptable.

“All journalists should be able to carry out their work without intimidation or impediment.”

Fellow BBC journalist Allie Hodgkins-Brown tweeted: “This is awful. In Central London 2021. Disagree with us fine. Switch us off fine but no journalist deserves this.”

Jo Stevens, Labour’s shadow culture secretary, said: “This extremely disturbing footage showing clear intimidation of a journalist while carrying out his job is absolutely unacceptable and should be condemned in the strongest terms.

“It is shocking that a BBC lanyard makes someone a target like this.”

Image: Mr Watt (left, with back to camera) was abused and chased

Mr Watt has not commented on the incident publicly.

In a statement, the Met said: “The behaviour shown in the video is unacceptable. Members of the public, of any profession, have the right to go about their day without being subjected to verbal harassment or actions that put them in fear for their safety.

“In this instance, while officers were nearby as part of the policing response to the ongoing protest, they were not in the immediate vicinity of the incident.

“It was not clear at the time exactly what had taken place but after reviewing the video footage, a number of possible offences have been identified and an investigation has been launched.”