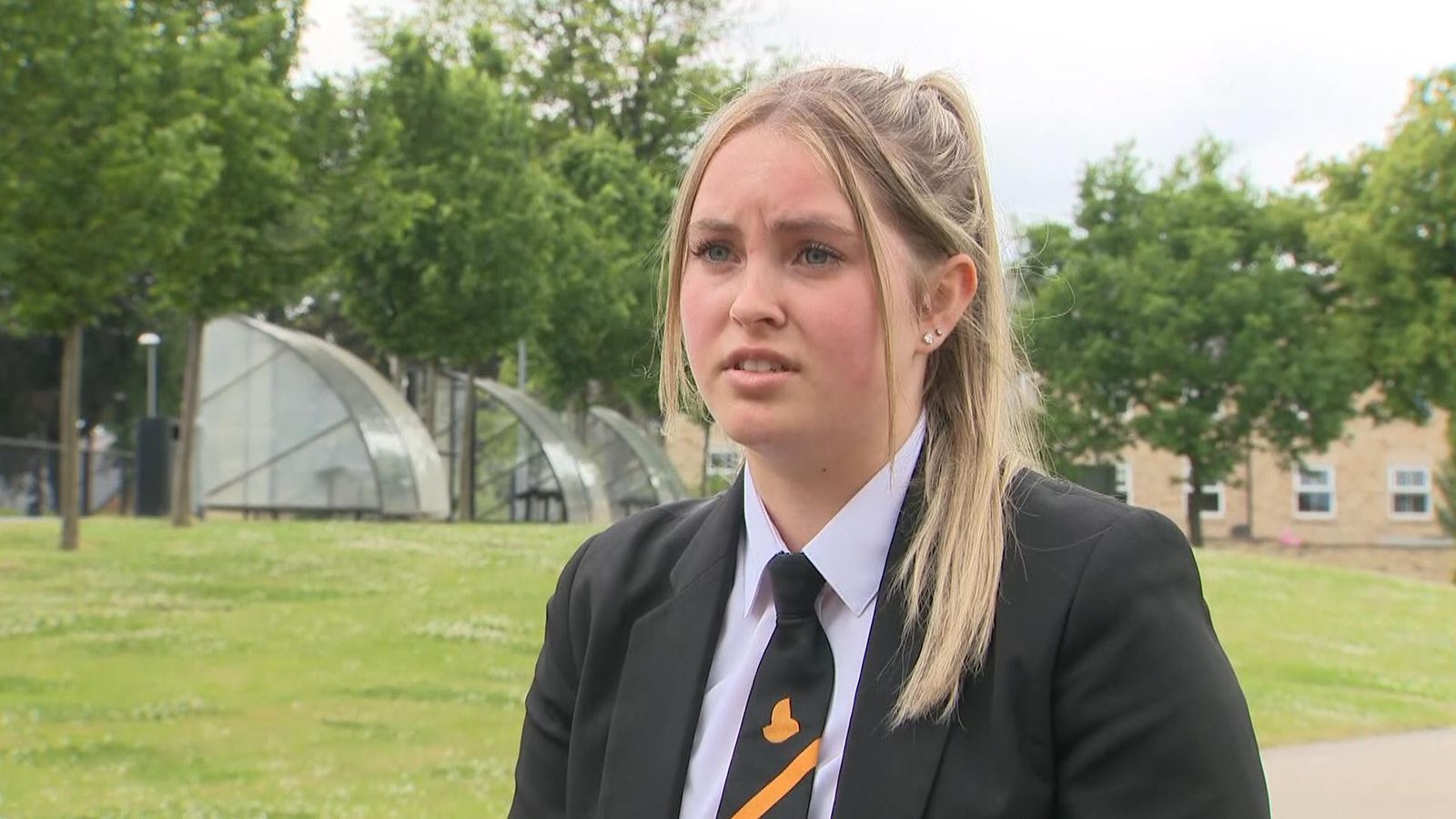 Alison, a 16-year-old from Barnsley in South Yorkshire, is among the thousands of pupils across the UK who struggled to cope with the pressures of homeschooling during lockdown – with her education suffering as a result.

“It was so much more difficult to concentrate at home. At school you can get your head down but at home it’s a lot more difficult,” she said.

Though places like Barnsley are a fundamental part of the government’s “levelling up” agenda, local leaders say their coronavirus education “catch-up” plans are failing to deliver.

Image: Alison, right, has received mentoring from Mariya, left, through the GROW scheme

Therefore, rather than relying on central government, some local authorities and schools are digging into their own pockets to fund the needs of pupils who have fallen behind.

Barnsley Council has given £176,000 of core resource funding to the GROW Mentoring Programme for secondary schools in the area (some schools are also funding it themselves) – a catch-up initiative spearheaded by Sheffield Hallam University and the Northern Powerhouse Partnership that has been hailed as a local success story.

The programme focuses on mentoring for pupils who have become disengaged with learning due to months of school closures, and who would have otherwise gone off the radar. It takes a “trauma-informed” approach, focusing on pupils’ mental wellbeing with bespoke support from local university graduate mentors.

When the pandemic first struck, the team at Sheffield Hallam consulted with local schools about how they could help pupils stay afloat. They put together a package that doesn’t simply prioritise extra tuition – a key element of the government’s flagship catch-up agenda.

“Barnsley Council put their hands in their pockets,” Sue O’Brien, a strategic lead for the South Yorkshire Futures programme at Sheffield Hallam, said.

Ms O’Brien says the government’s “undercooked” flagship scheme – the National Tutoring Programme – has limited benefits for pupils who have become disengaged with learning due to the pandemic.

“Yes pupils will need some subject tutoring but they actually need to be treated as individuals… (catching up on learning) is so complex, there isn’t a quick fix.”

Alison’s mentor, Mariya, became involved in the scheme after she graduated with an Education with Psychology and Counselling degree from Sheffield Hallam in 2020 to a decimated job market. She says it helped her gain skills relevant to her career when jobs were scarce – and the government should take note of the education gap that now exists in its “left behind” towns.

“I think it’s extremely serious. I think (pupils) are not getting enough support. The lack of education they have had face to face has really affected them.

“I think (the government) would like to think that they are doing enough – personally no I don’t think so. I think schemes like this are essential for the students in this generation.”

Barnsley, an old mining town, is hoping for a strong post-COVID recovery, but despite the council getting their wallet out for local action like this, money is tight.

Image: Barnsley is hoping for a strong post-COVID recovery but money is tight

In 2018, the Centre for Cities think tank named Barnsley as the “hardest-hit area in Britain” when it came to local government spending cuts, with 40% cuts to its day-to-day spending in 2017-18 compared with 2009-10. It added that councils in the North of England were “less able to raise money locally” than their southern neighbours.

The Labour MP for Barnsley Central and mayor of the Sheffield City Region, Dan Jarvis, has found himself rummaging through funds allocated to run his mayoral office in order to help local disadvantaged pupils get learning equipment and extra help.

He said the catch-up funding being provided by Westminster is failing to deliver in places like Barnsley.

Image: Dan Jarvis MP has criticised the government over the Levelling Up Fund

“It is extraordinary that I’m having to use money that has been dedicated for something else in order to make sure that our kids get a decent education and opportunity given everything that’s gone on.

“The Levelling Up fund actually delivers less money than was available under the original arrangements that were in place.

“I’m not able to rely on the level of investment that I need from national government in order to drive our economic recovery and that’s why I’m in the process of putting in place an arrangement that will see us borrowing half a billion pounds… I don’t particularly want to, but I’m left with no option.

“The government are not going to be able to level up the country from a desk in Whitehall. And if they’re serious about (levelling up) they need to work very closely with the metro mayors and the local government leaders.”

The Conservatives are the master of the rebrand, and there is no doubt that they have managed to remarket themselves once again to appeal to a new cohort of traditionally Labour voters.

But if the benefits of voting blue for young people who belong to these communities aren’t seen soon, the blame will be laid firmly at this government’s door.

A Department for Education spokesperson said: “As part of our ambitious and long-term education recovery plan, we’re investing over £1.5bn for tutoring in schools and colleges, with over £500m going directly to schools to allow them identify and use their own tutors, and £1bn invested through the National Tutoring Programme, which is providing high quality tutoring for thousands of young people.

“We are also giving over £900m to schools – through the catch-up and recovery premiums – which can be used flexibly to support pupils in the way that works best for them.”