Royal Ascot: Queen waves to the crowd as she arrives to cheer on four of her horses 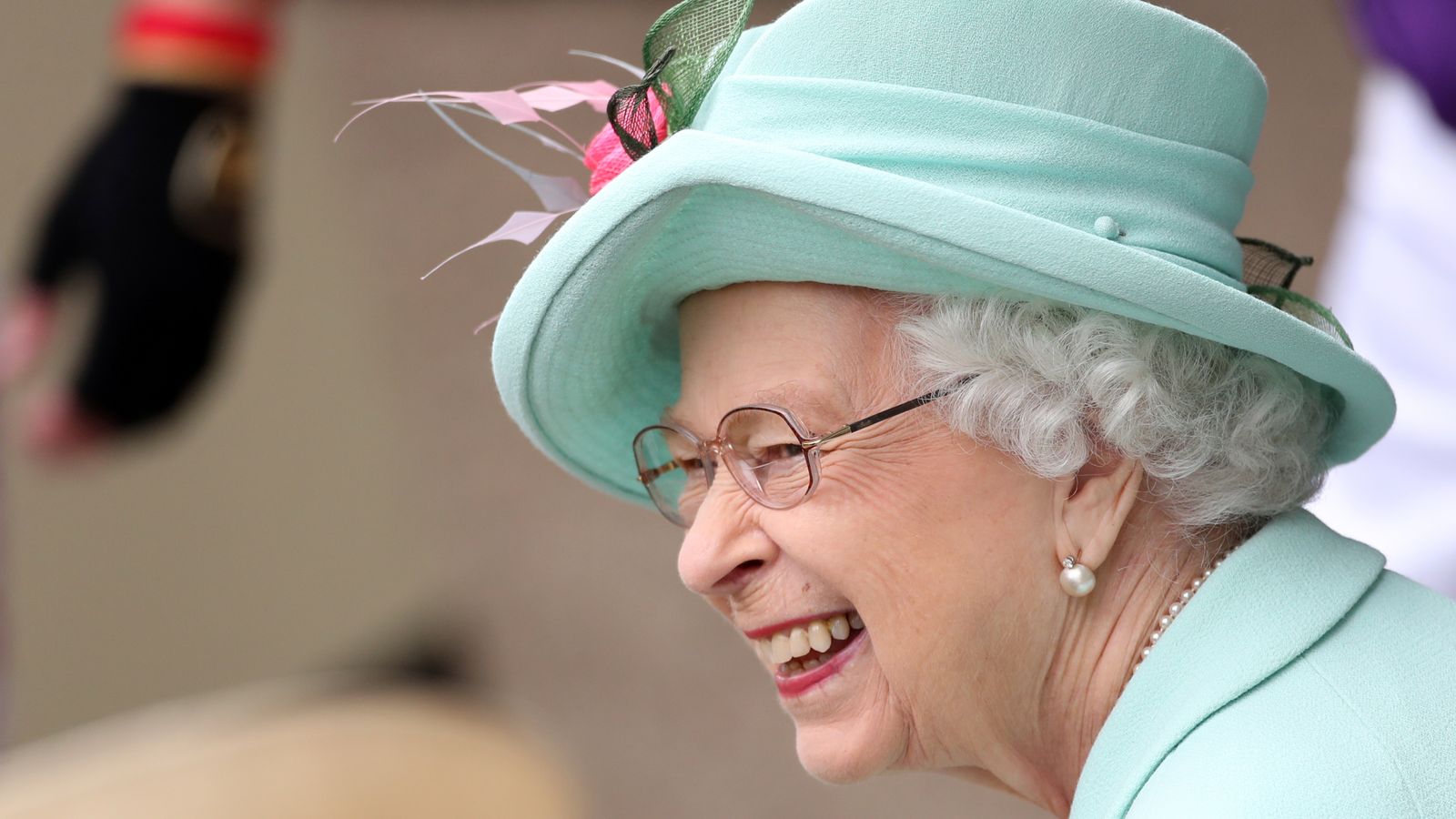 The Queen has arrived at Royal Ascot, attending the famous Berkshire meet for the first time since 2019.

The 95-year-old monarch had been a regular at the event but did not attend last year due to coronavirus restrictions.

She arrived at the Parade Ring at 2pm on Saturday, prepared to cheer on the four horses running in her colours of purple and gold: Reach For The Moon, Tactical, Light Refrain and King’s Lynn.

Image: The Queen waved to the crowd as she arrived at 2pm on Saturday Image: The crowd applauded and cheered as the 95-year-old monarch arrived

Punters like to bet on the colour of the Queen’s hat and this year bookmakers said the most popular predictions were blue and green due to the change in weather.

Image: The Queen was prepared to cheer for four of her horses due to race in the afternoon

Ahead of the Queen’s arrival, Nicola McGeady, of Ladbrokes, said: “Green has been chalked up as the favourite, but red is the mover after money came earlier today.”

Euro 2020: Clean-up and 30 arrests after England-Scotland clash in London

Bodies of man and woman found in fields near Derbyshire village