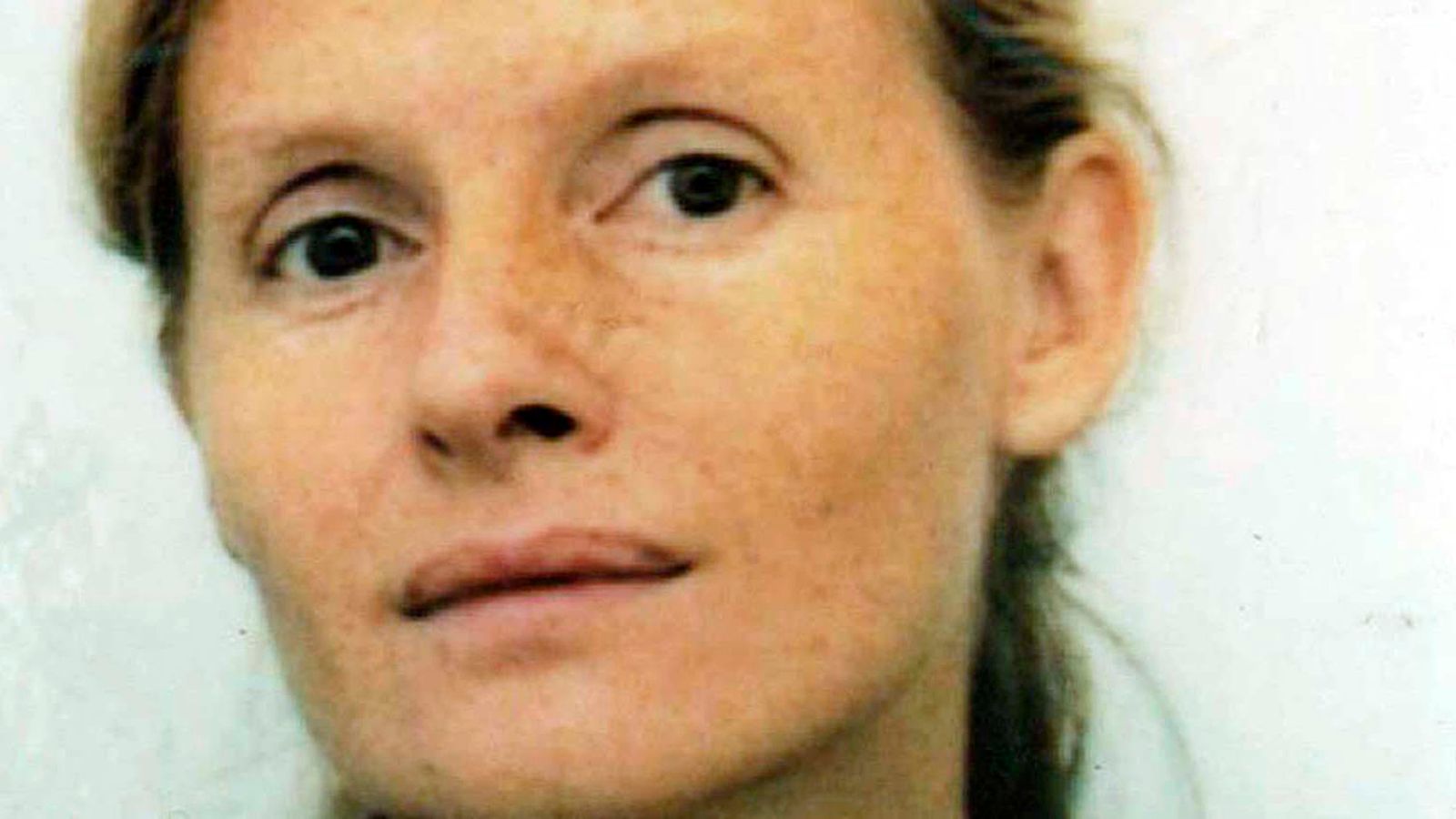 The brutal murder of a French film producer more than two decades ago has scarred the tiny town of Schull on the southwest coast of Ireland.

Locals there are still reluctant to talk publicly about the killing of Sophie Toscan du Plantier, according to Oscar-nominated filmmaker Jim Sheridan, who was spent several years investigating the case.

“That’s what got me interested – the fact that nobody would talk about it,” the veteran director told Sky News.

“It was the only thing people would talk about – but not on the record.

“It was a scar on Schull and West Cork.”

Sophie was found bludgeoned to death outside her holiday cottage near Schull, County Cork, in December 1996 – two days before Christmas.

The 39-year-old was married to celebrated French filmmaker Daniel Toscan du Plantier, whose movies included the 1989 hit The Cook, The Thief, His Wife And Her Lover.

Image: Sophie was found dead outside her house in County Cork

The key suspect in the murder, English journalist Ian Bailey – who lived a few miles away and was the first reporter on the scene – was first questioned over the death in February 1997.

No forensic evidence ever linked him to the scene and he has never been charged with the murder by Irish police.

However he was convicted of the killing in his absence by a French court in 2019, and sentenced to 25 years.

Having successfully fought repeated extradition requests from the French authorities – the most recent of which was rejected by Ireland’s High Court in October – Bailey still resides in West Cork and maintains his innocence.

Image: Ian Bailey outside Dublin’s High Court after it rejected an extradition request

Now, a new Sky documentary, Murder At The Cottage: The Search For Justice For Sophie, re-examines the killing, featuring never-before-seen footage and new interviews with some of the key figures in the case – including Bailey.

The five-part series is produced, directed and presented by Sheridan, whose previous work includes hit films My Left Foot and In The Name of The Father, both starring Daniel Day-Lewis.

Sheridan said only one local person from Schull, a publican, agreed to speak to him on camera during the making of the documentary.

The remaining people he interviewed in the area were “blow-ins”, a local term for people from outside of the town who stay there.

“All the people who had anything to say were mostly blow-ins.

“I ended up speaking to a vicar who was so spiritually connected to Sophie, he would be in tears talking to me.

“That’s the only way that, apart from speaking to the family, I could try to connect to her spirit.”

Sheridan said as he “got to know Sophie and her background” by speaking to members of her family, it became clear “a lot of it was shrouded in mystery”.

“Certainly her relationship with her husband was fraught with difficulty and nobody’s really touched on it much,” he said.

Sophie’s husband Daniel, who died in 2003, was in France when she was killed.

Sheridan said he interviewed Sophie’s son Pierre-Louis Baudey-Vignaud, who was 15 years old when his mother died and who is “100% convinced” that Bailey is responsible for the murder.

Image: Film producer Daniel Toscan du Plantier (L) attends the funeral of his wife Sophie, with her son Pierre-Louis in 1996

However, the Irish filmmaker believes no one has been brought to justice over Sophie’s murder because police have “only focused on Ian Bailey” and other individuals could be behind the killing.

“I think most of the people involved – with their full hearts and souls – were trying to find the truth. But they rushed to judgement,” he says.

Sheridan believes Bailey should now either face trial in Ireland or there should be a “reopening” of the murder investigation.

“They can say it’s an ongoing investigation, but it’s not so ongoing that I noticed anything ongoing about it,” he said.

“There’s not much police activity around it.

“Of course, any clues I came across, I would have given to the police and I would be duty bound not to reveal them (publicly) because I would be interfering in a murder investigation.”

Image: Ian Bailey speaks to reporters at his home in County Cork in February 1997

Sheridan said the issue of whether Bailey should be extradited to France is a “thorny question” as the case had “exposed the weakness within the European structure about cooperation across borders”.

“I would say that if the French police allowed the Irish police to investigate in France, he should be extradited,” he added.

“But if the French police bar the Irish police from the investigation, then how could you extradite him?

“The European community has to work both ways. This is a fundamental issue.”

Murder at the Cottage: The Search for Justice for Sophie, a Sky Original documentary, airs today, with all episodes available to watch on Sky Crime and NOW TV.