Brexit, borders and bedlam: The political crisis in Northern Ireland is far from over 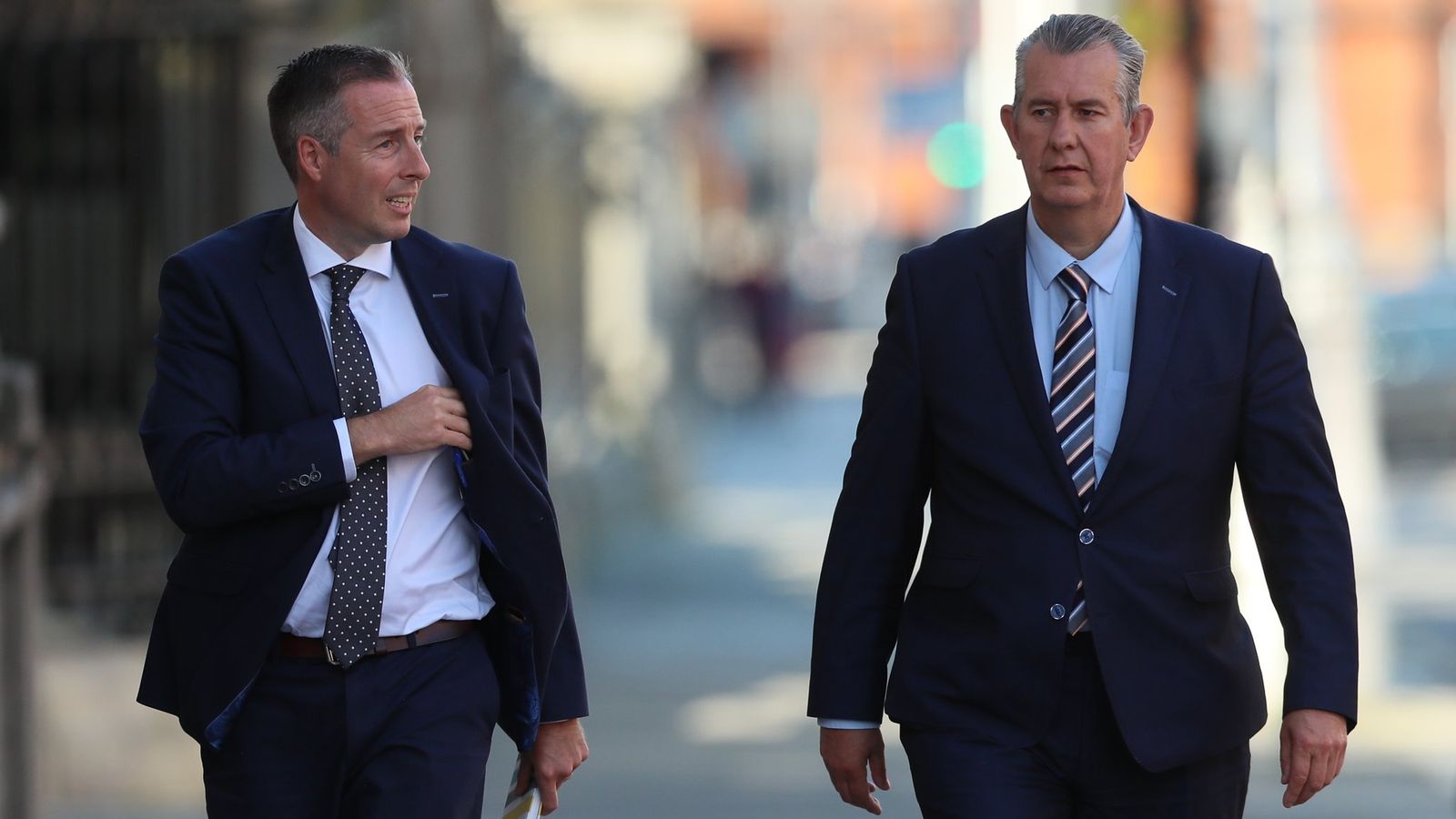 To lose one leader may be regarded as misfortune, to lose two looks like carelessness – I’m sure Oscar Wilde will forgive me for plagiarising him.

It was careless because many had warned the DUP to step off the Brexit road or risk being run over by a big red bus.

The damage inflicted on the party by the prime minister’s broken promise never to put a border in the Irish Sea has rocked Stormont politics.

Under pressure from grassroots Unionists – their own electorate – they ousted Arlene Foster for not taking a tough enough line in opposition to the Northern Ireland Protocol.

Image: Mr Poots lasted only three weeks in the job

But it seems they failed to consider the consequences of her resignation as first minister – a nomination process that opened the door to Sinn Fein.

Under Stormont’s mandatory coalition system of government, when the first minister or deputy first minister resigns, the other falls by default and must be re-nominated.

The new DUP leader, Edwin Poots, did not want to be first minister and nominated his prodigy Paul Givan to share power with Michelle O’Neill.

But Sinn Fein refused to re-nominate Ms O’Neill, accusing the DUP of dragging its heels on legislation to protect the rights of Irish language speakers.

In what appeared to be a breakthrough, the British government stepped in and agreed to move the necessary legislation at Westminster to save devolved government.

Sinn Fein agreed to re-nominate Ms O’Neill and Mr Poots – that is Mr Poots and not the DUP – agreed that Mr Givan would share power.

Bizarrely, while Mr Poots was in the assembly nominating Paul Givan, his own party was voting 26-4 in a room next door not to nominate.

One source described the meeting as “bedlam” – they could not believe that the new leader, who had promised to engage more with colleagues, had disengaged.

Conscious of the anger among their own electorate over the protocol, they felt the British government had undermined devolution by brokering the Irish language agreement.

By the end of the day, party officers had given Mr Poots an ultimatum – jump or be pushed – he resigned after 21 days in post.

Sir Jeffrey Donaldson, the MP he defeated for the leadership last month, is favourite to become their third leader in the space of two months.

Whoever becomes leader, Mr Poots’s choice for first minister, Paul Givan, is expected to resign after less than a week, triggering that nomination process again.

But if Mrs Foster and Mr Poots were shown the door for being too soft, it is clear the next leader will be given no room for compromise at Stormont.

Brexit, the resulting trade border in the Irish Sea and the fall-out among the Unionist/Loyalist community could bring down power-sharing.

Many will question the point of a snap election if the mandatory coalition that forces opposites to share power continues to divide instead of reconcile.

The Brexit bus will not just have driven over the largest Unionist party, it will have reversed back over the power-sharing at the heart of the peace process.