Euro 2020: England qualify for knockout phase without kicking a ball 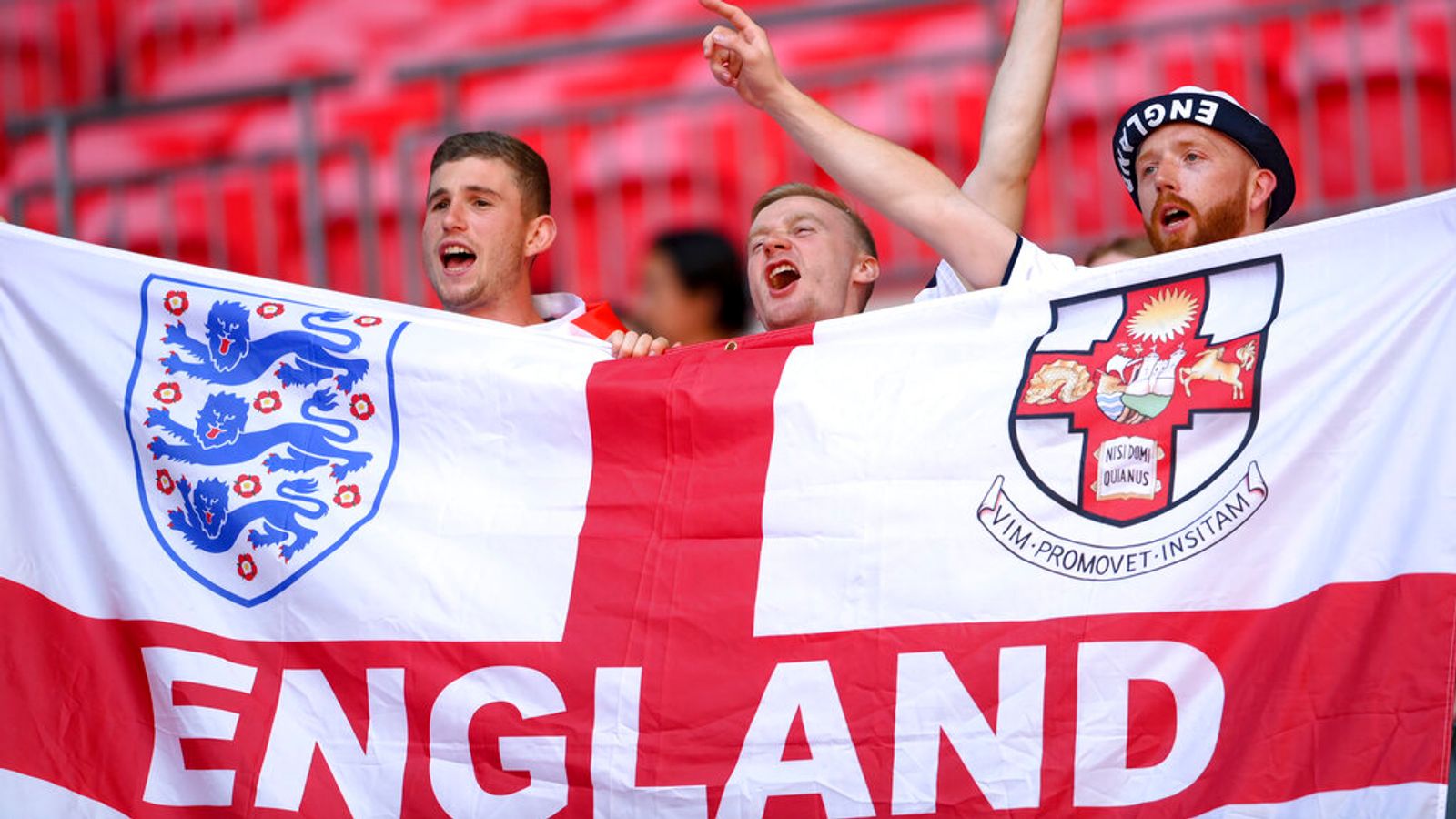 England have qualified for the knockout phase of Euro 2020 thanks to Monday night’s results in Groups B and C.

Gareth Southgate’s side is now guaranteed to finish as – at worst – one of the four best third-placed teams.

The Three Lions sit second heading into Tuesday’s Group D decider against the Czech Republic, who are also on four points but boast a superior goal difference.

England need to win at Wembley to go through as group winners and a positive result is required to finish in the top two, but any stress over qualification has been removed by results elsewhere.

The four best third-placed teams from the six groups at the rearranged Euros progress to the round of 16.

Monday’s results saw Ukraine and Finland finish third in their respective groups on three points apiece, meaning that if England did slip to that place they would still go through.

Switzerland, Sweden, Czech Republic and France are also through to the last 16.

Meanwhile, England’s Ben Chilwell and Mason Mount are isolating after coming into contact with Scotland’s Billy Gilmour during Friday’s Euro 2020 match between the two countries.

Chilwell and Mount ‘a doubt’ for next game

Gilmour is also isolating after testing positive for COVID-19. His Scotland teammates are not in isolation, however.

Southgate said there was “quite a doubt” that Chilwell and Mount – Chelsea teammates of Gilmour – would be available to play against the Czech Republic.

Scotland go into their last group D game, without Gilmour, but with their fate in their own hands. However only a win against Croatia at Hampden Park on Tuesday will be enough for them to progress to the knockout stage.

Wales will face Denmark in the last 16, after an emotional night in Copenhagen saw the Danes beat Russia 4-1.

Love Island contestants revealed ahead of series launch on 28 June