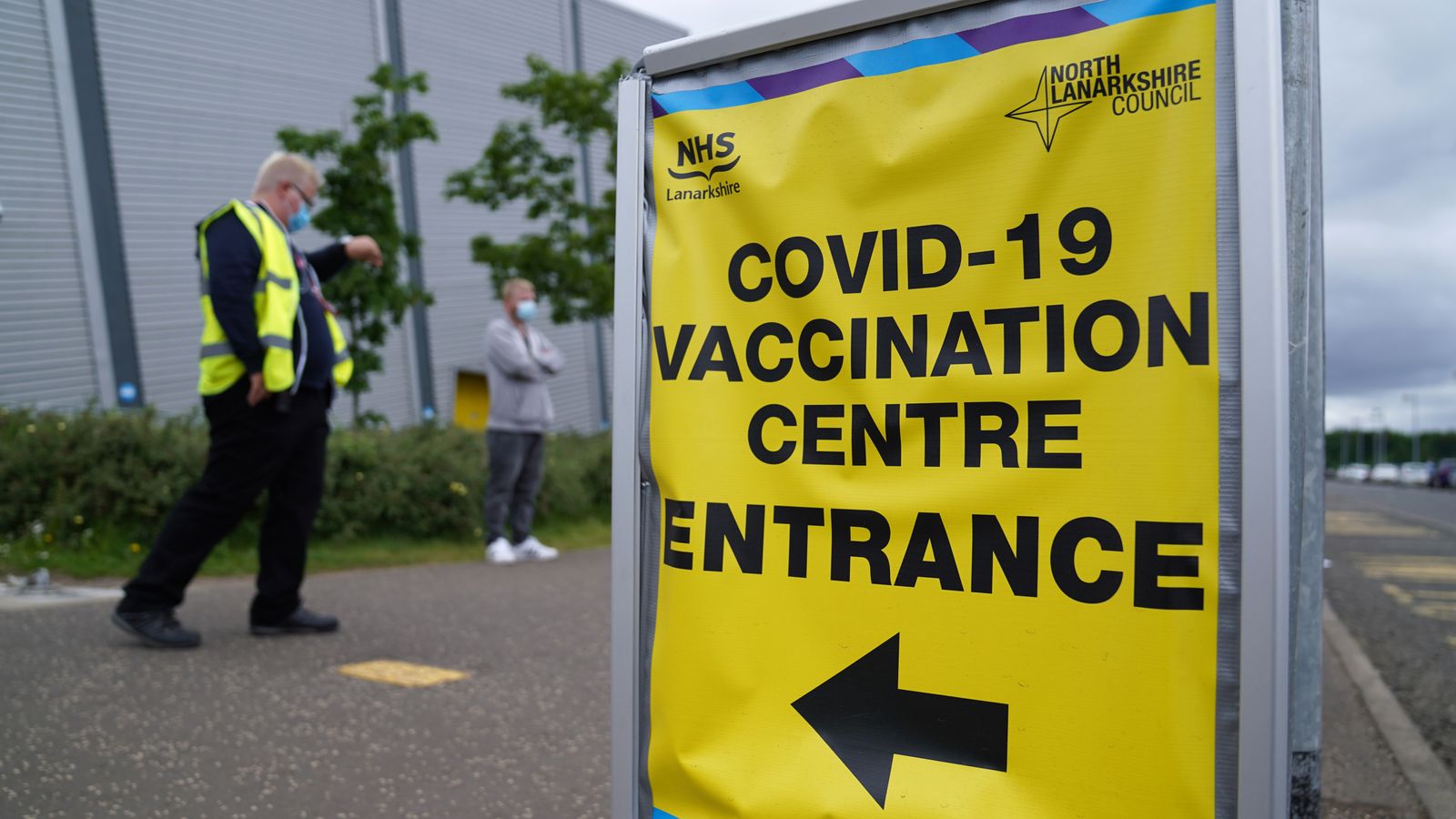 The UK has reported 16,703 new COVID-19 cases and another 21 coronavirus-related deaths in the latest 24-hour period, according to government data.

Meanwhile, another 207,647 people received their first dose of a COVID vaccine yesterday, while 167,988 got a second.

It comes as government minister George Eustice told Sky News there will be no “legal compulsion” to wear a face mask once England’s coronavirus restrictions are lifted.

The deadline for the next easing of restrictions was moved back from 21 June to 19 July, following the rise in cases of the Delta variant, first detected in India.

Prime Minister Boris Johnson said this month-long delay would allow for more people to be offered the COVID vaccine.

He has indicated that there is a “real opportunity” to “open up travel through the jab”.

Image: Mr Johnson delayed the easing of restrictions so more people could get vaccinated

An update to the government’s travel guidance was announced also announced, with Malta and the Balearic Islands – including Ibiza, Mallorca, Minorca and Formentera – added to the quarantine-free green list.

Earlier on Thursday, Public Health England said that cases of COVID continue to rise in all parts of the country.

This is the highest rate in the region since the week ending 31 January.

Case rates continue to be highest in the younger parts of the population, while the elder generations – who were offered a vaccine earlier – remain at a lower level.