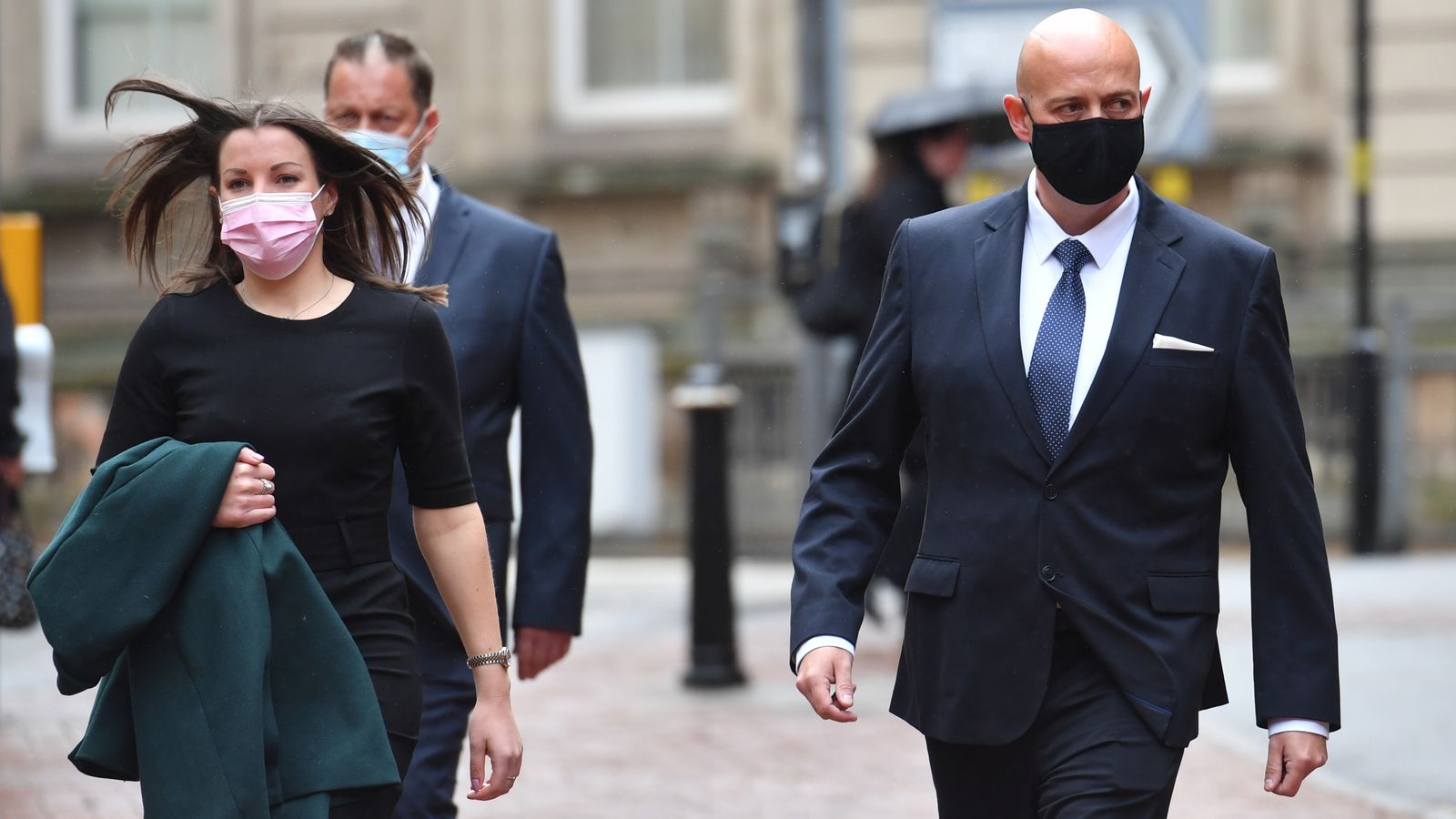 Jurors have been discharged after failing to reach a verdict on the female police officer who allegedly assaulted ex-footballer Dalian Atkinson.

PC Mary Ellen Bettley-Smith, 31, stood accused of assault occasioning actual bodily harm but a jury at Birmingham Crown Court were unable to agree on a verdict.

On Wednesday, her West Mercia Police colleague, PC Benjamin Monk, was convicted of the manslaughter of Mr Atkinson, 48, a former Aston Villa, Sheffield Wednesday and Ipswich Town striker, after a six-week trial.

He was told he will face an “inevitable” prison sentence.

Jurors told the trial judge today how, even if they were given more time, they would not be able to reach a verdict on a charge alleging Bettley-Smith used unlawful force, having deliberated for more than 21 hours.

She allegedly attacked Mr Atkinson with a baton after he was Tasered to the ground.

The officer said she used necessary force to defend herself – but prosecutors claimed she exaggerated the threat posed by Mr Atkinson in a bid to “help” Monk’s attempts to justify excessive force.

Monk, 43, is believed to be the first police officer in 35 years to be convicted of unlawful killing over a death in custody or following police contact in England or Wales.

The court heard he fired a Taser three times – including one 33-second discharge – and also left two bootlace prints on Mr Atkinson’s forehead during a confrontation close to his father’s home in Telford, Shropshire, in August 2016.

He was cleared of Mr Atkinson’s murder.

Judge Melbourne Inman QC has given prosecutors seven days to decide whether they will seek a retrial of Bettley-Smith on the assault charge.

She has been given unconditional bail and the case against her has now been adjourned until Monday – the same day Monk is due to learn his fate when he is sentenced.

Should the Crown Prosecution Service pursue a retrial, it will be unlikely to take place until late next year, the court heard.