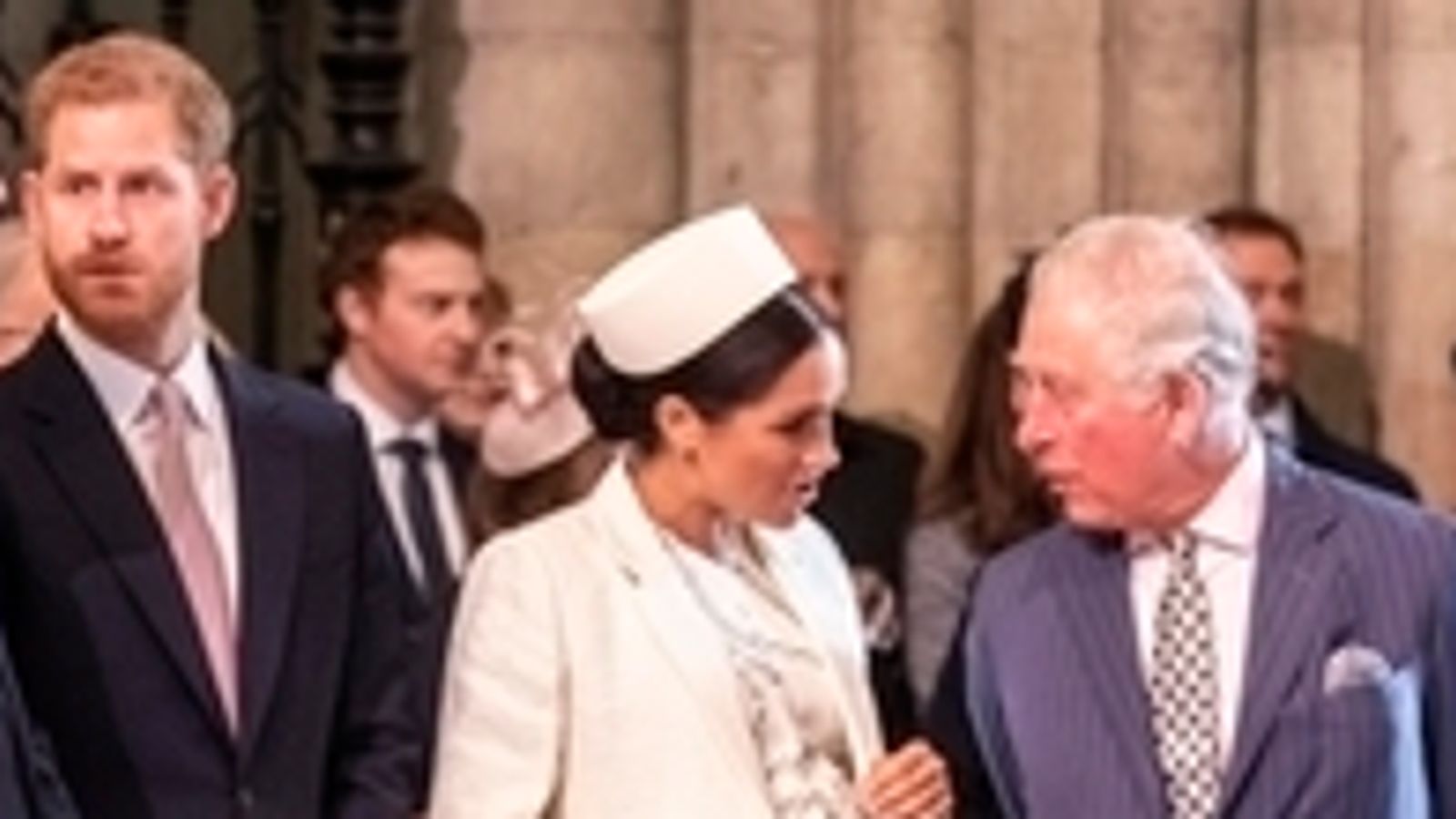 The Prince of Wales gave the Duke and Duchess of Sussex a “substantial sum” of money in the months following their stepping down as senior royals, despite the Duke claiming his family “literally cut me off financially”.

However, the couple’s £2.4m repayment to the taxpayer as a reimbursement for renovations to their home at Frogmore Cottage also included 18 months of rent.

Newly published accounts show that Charlescontinued to provide money for Harry and Meghan until the summer of 2020, while Harry told Oprah Winfrey the pair stopped getting money from the Royal Family in the first quarter of that year.

Image: The Duke and Duchess of Sussex in London in January 2020. Pic: AP

The new accounts showed that, between the Dukes of Sussex and Cambridge and their families, some £4.5m was paid out by Charles.

The spokesperson said: “As we’ll all remember in January 2020 when the duke and duchessannounced that they were going to move away from the working Royal Family, the duke said that they would work towards becoming financially independent.

“The Prince of Wales allocated a substantial sum to support them with this transition.

“That funding ceased in the summer of last year. The couple are now financially independent.”

Asked about the difference in timelines given by the two parties about the funding, the spokesperson said: “I wouldn’t acknowledge that they are dramatically different. All I can tell you are the facts.”

A spokesperson from the Sussexes said: “You are conflating two different timelines and it’s inaccurate to suggest that there’s a contradiction.

“The duke’s comments during the Oprah interview were in reference to the first quarter of the fiscal reporting period in the UK, which starts annually in April.

“This is the same date that the ‘transitional year’ of the Sandringham agreement began and is aligned with the timeline that Clarence House referenced.”

They went on: “The Duke made a substantial contribution to the Sovereign Grant last year to support necessary and existing refurbishments to Frogmore Cottage, which specifically included essential structural updates to the building.

“As part of this agreement, all tenant obligations are being met. The duke and duchess continue to operate with no money being drawn from the UK taxpayer.”

Image: Frogmore Cottage, where the Duke and Duchess of Sussex lived

A royal source said: “The Duke and Duchess of Sussex have paid £2.4 million and we’re satisfied that, on the basis of that payment, it satisfies all their current obligations.

The Clarence house spokesperson added that the couple’s departure was “a matter of enormous sadness to the family”, adding: “The prince wanted to help make this work, (and) allocated a substantial sum to the Duke and Duchess of Sussex, to help them with that transition.”

The spokesperson said: “I betray no confidence when I say they’ve been very successful in becoming financially independent.”

The Sussexes have signed sizable contracts with Netflix and Amazon since leaving the royal fold, with Harry telling Oprah these helped pay for his security.

He added that the £7m he had from what Diana left him was used in the departure, adding “without that we would not have been able to do this”.

The Sussexes’ pre-Megxit wealth was thought to be around £18m.

The Clarence House accounts showed that Charles’ output – including capital expenditure and transfers to reserves – fell by around £1.2m to £4.5m in the financial year after the Sussexes stepped down as senior royals.