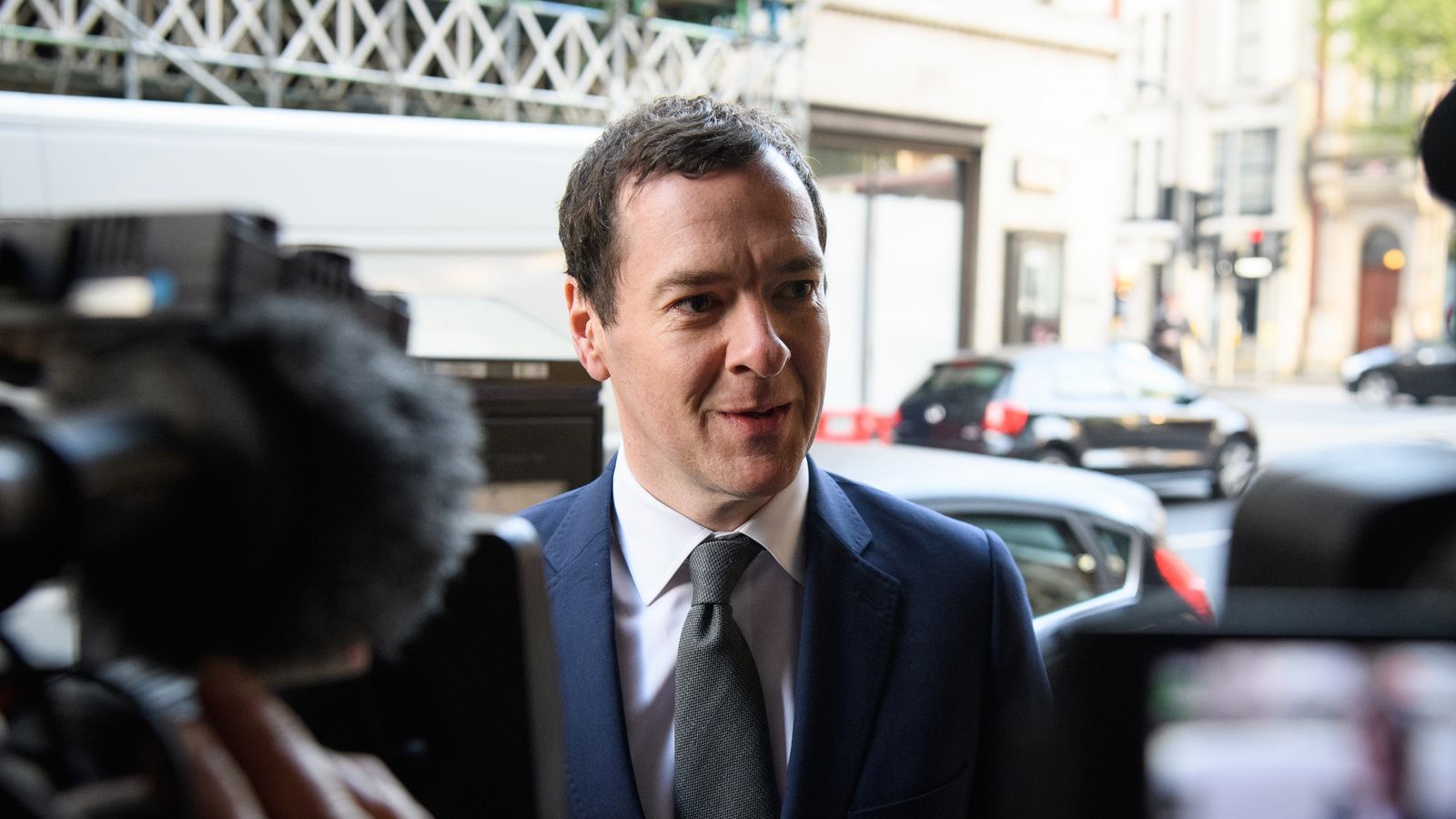 Former chancellor George Osborne has been appointed as the next chairman of the British Museum.

The ex-Conservative MP will join the trustees as of 1 September and take over from Sir Richard Lambert on 4 October after the board approved his appointment, the museum said.

Mr Osborne, who stepped down as editor-in-chief of the Evening Standard in March, also became a partner at investment bank Robey Warshaw in April.

Image: The British Museum is undergoing a “programme of renewal,” which Mr Osborne will support

He will remain as chairman of the Northern Powerhouse Partnership, a partnership of northern business and civic leaders.

“I am absolutely thrilled to be joining the team at the British Museum – and so honoured to have had the opportunity to apply for this role, and to have been chosen by the trustees to become their chair,” he said.

“All my life I have loved the British Museum. To my mind, it is quite simply the greatest museum in the world.

“It’s a place that brings cultures together and tells the story of our common humanity.”

Baroness Minouche Shafik, who is deputy chair of the museum, said Mr Osborne will be working with the board to expand the institution’s audience as it embarked on a programme of renewal.

The British Museum, Tate Modern, the National Gallery and the Victoria and Albert Museum (V&A) all saw an average 78% drop in attendance in 2020 compared with 2019 because of the pandemic, according to a survey by The Art Newspaper.

COVID-19: Boris Johnson says there is a ‘real opportunity’ to ‘open up’ travel for those with two jabs