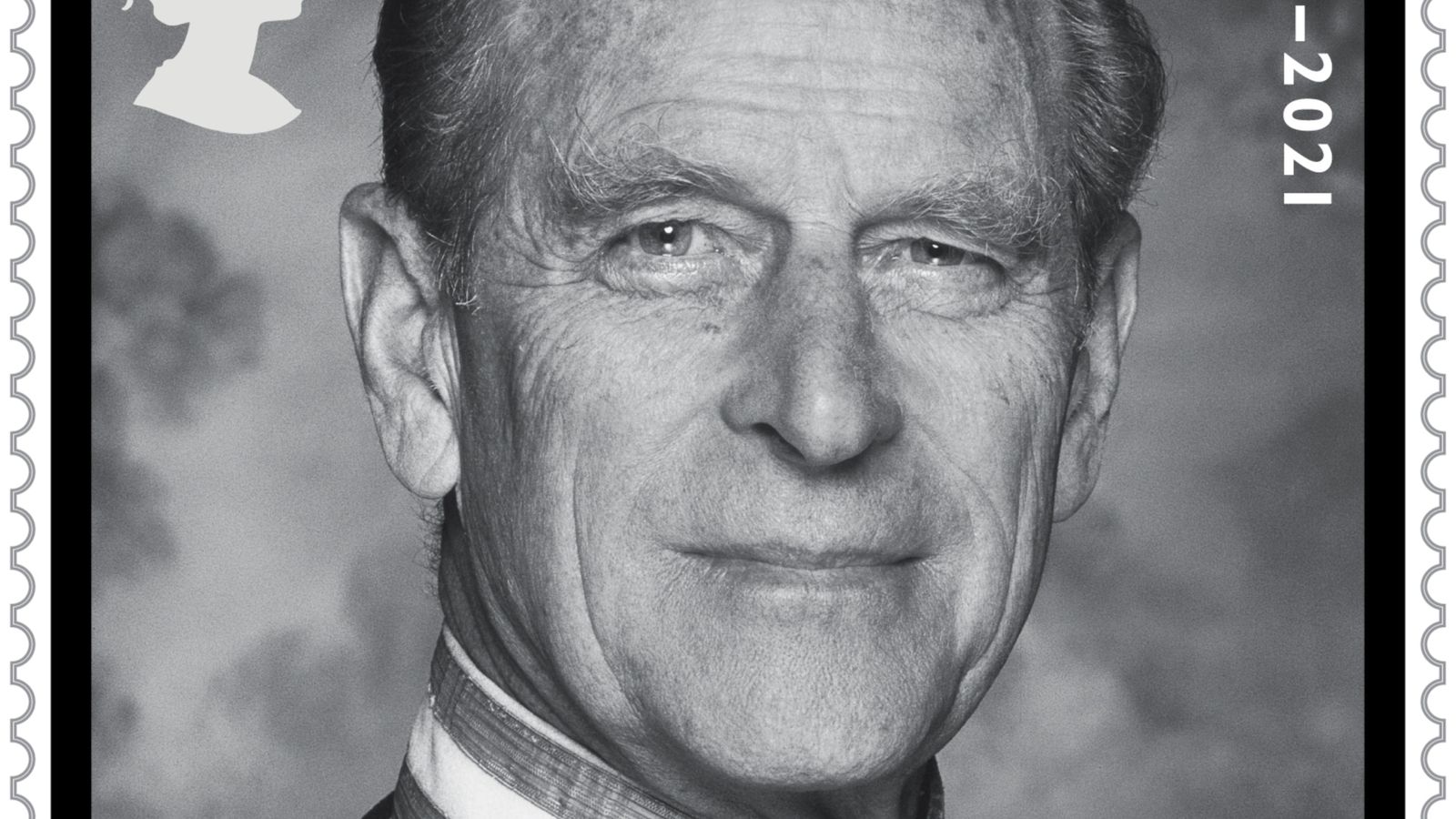 A collection of new stamps in memory of the Duke of Edinburgh has been released by Royal Mail.

The four black and white designs show Prince Philip, who died in April aged 99, at different stages of his life.

The first design features a portrait of the duke as a young man, taken by the photographer, Baron.

The second depicts Prince Philip at the passing out parade of his son, Prince Andrew, at Dartmouth Naval College in Devon.

Image: A stamp showing the Duke of Edinburgh taken by the photographer Baron

Another stamp shows the duke at the Royal Windsor Horse Show.

The final and most recent image is a portrait snapped by photographer Terry O’Neill.

The stamps will be presented in a miniature sheet priced at £6.65.

Image: A stamp with a photograph of the duke at the Royal Windsor Horse Show

Simon Thompson, chief executive of Royal Mail, said: “Throughout adulthood, the Duke of Edinburgh dedicated himself to the service of this country, the Commonwealth and to the many causes he was involved with.

“For more than seven decades he was at the centre of our national life. His passing is a key moment in our history which we mark with this set of commemorative stamps.”

Image: A stamp showing the duke at the passing out parade of Prince Andrew at Dartmouth Naval College

The duke was Lord High Admiral from 2011 until his death and also served in the Royal Navy during the Second World War.