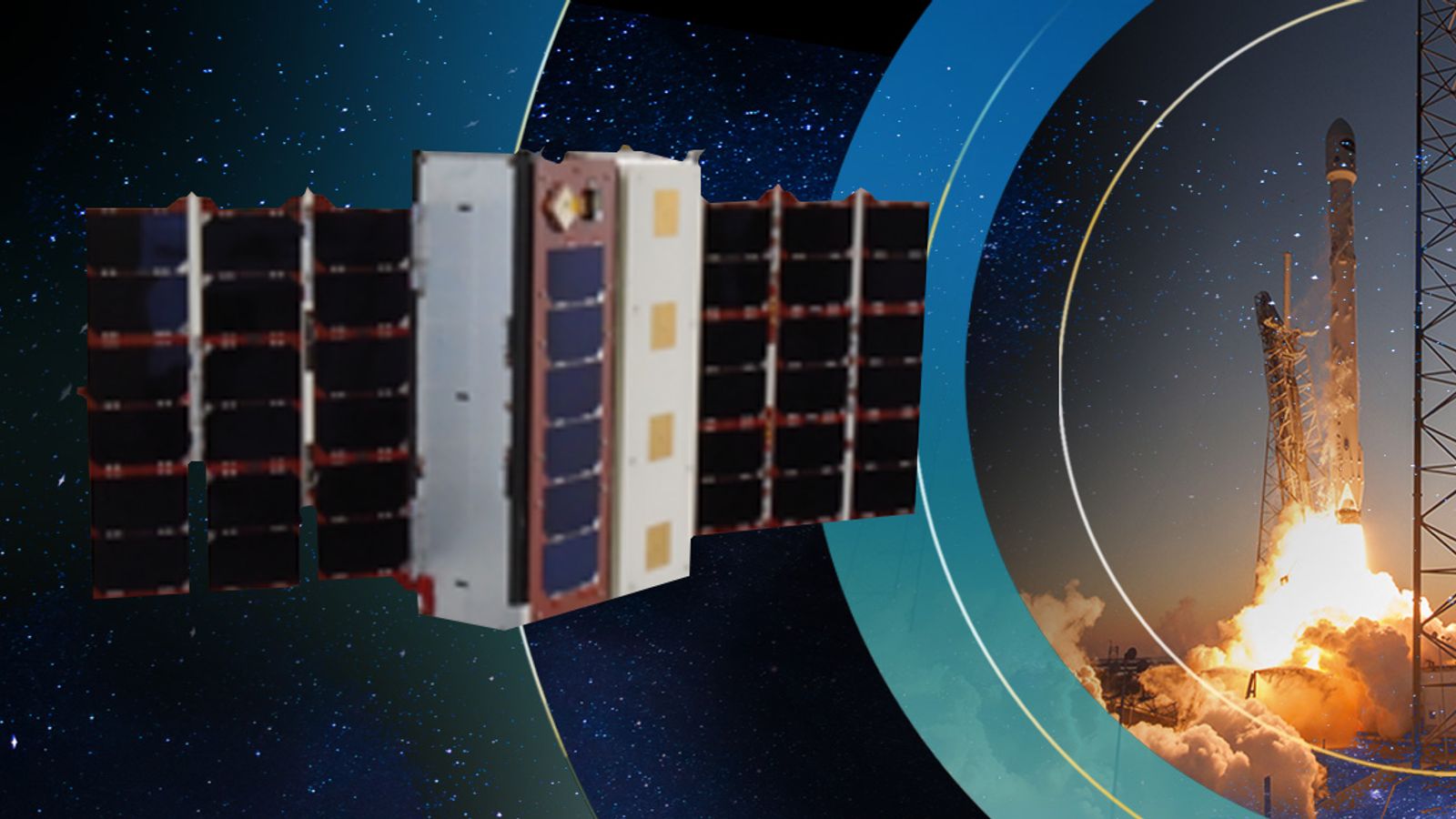 Three UK-built satellites designed to monitor and tackle climate change and track endangered wildlife are set to be launched on a SpaceX rocket on Friday.

UK companies received almost £15m from the UK Space Agency, through the European Space Agency’s Pioneer Partnership Programme, to develop the trio of satellites due to lift off from NASA’s Kennedy Space Center in Florida.

Lacuna Space, based in Oxfordshire, creates sensors, which fit in the palm of your hand and run for years off a single battery charge.

They can be used to monitor the environment, track wildlife and help farmers by providing data on the health of cattle and crops and for water and soil management.

Two of the satellites, built by Spire, in Glasgow, will develop optical intersatellite links (ISL) to provide a step-change in how large amounts of data get from space to Earth.

This will enable constellations of satellites to deliver very high volumes of data at speed to anywhere in the world, including remote and rural areas, disaster areas and at sea.

This will help to improve our understanding of the environment and the impact we have on it.

They will be launched on a rocket made by SpaceX – the American aerospace company founded by tech billionaire Elon Musk in 2002.

Image: The satellites will launch aboard a SpaceX Falcon 9 rocket. Credit: SpaceX

Science minister Amanda Solloway said: “As we get ready to host the UN Climate Change Conference, Cop26, in Glasgow later this year, the UK is leading the way in exploiting space to tackle climate change, developing satellites that enable our world-class scientists to monitor the environment in remarkable detail.

“As well as supporting our climate ambitions, these British-built satellites will provide exciting innovation in remote sensing and tracking, kickstarting industry to offer new services that will help to improve all our lives.”

The third satellite is built by In-Space Missions, based in Hampshire.

Doug Liddle, CEO at In-Space Missions, said: “The team here at In-Space is incredibly proud to be launching our highly capable and innovative satellite which has come together in less than a year.

“We’re particularly excited to be flying on a Falcon 9 from Cape Canaveral – a location with such an amazing history.”

Rob Spurrett, Lacuna’s CEO, said: “Much like the early days of the internet, when it was hard to imagine the impact of having everybody connected, it seems there is an endless world of possibilities from now connecting physical objects or ‘things’.

“In cities there are many possible ways to do that, but our service ensures that rural parts of the UK and even the most remote locations in the world are part of this data revolution.”

The four-hour launch window for the SpaceX Falcon 9 rocket opens at 8pm BST on Friday.