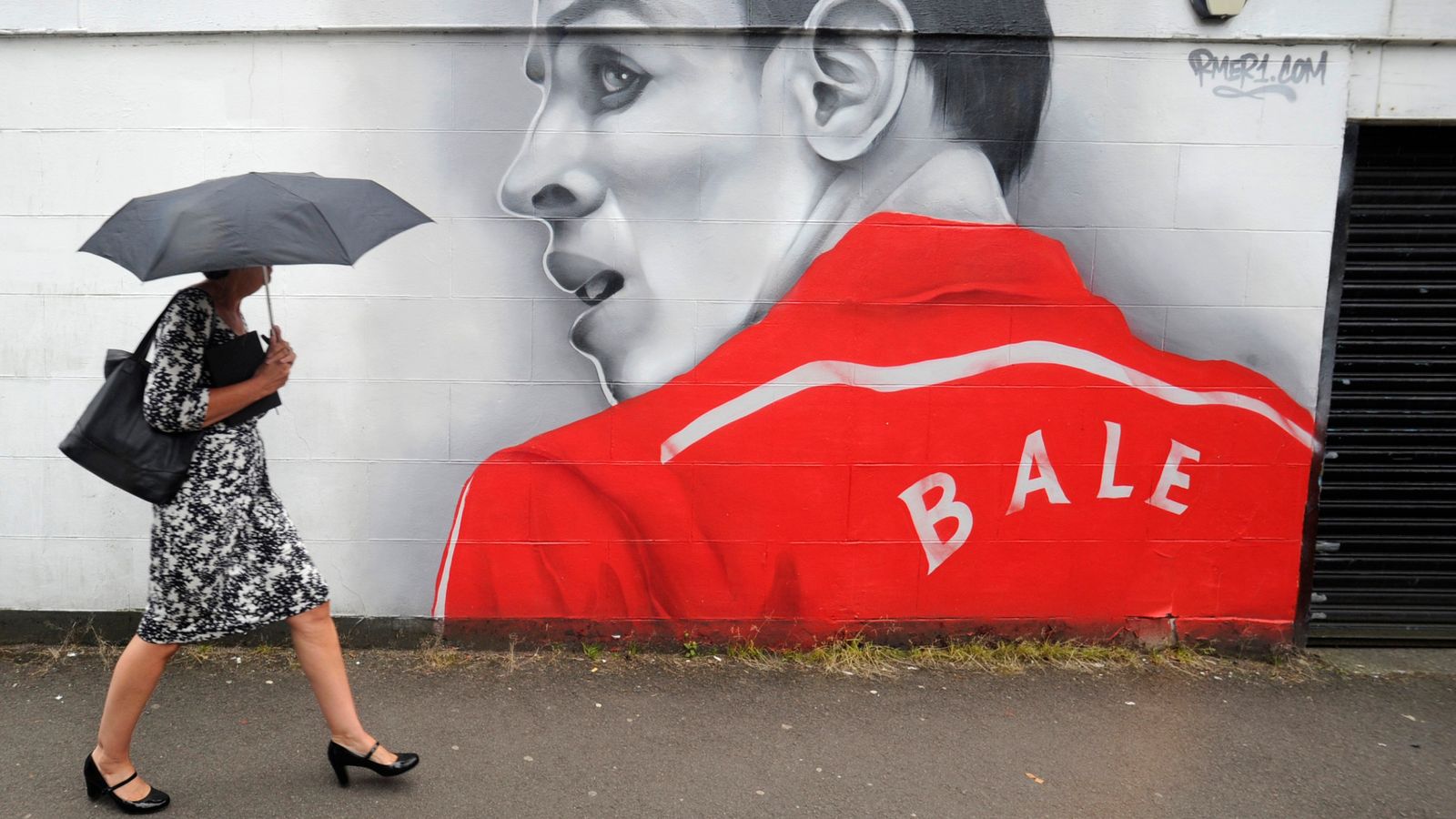 If there was ever an example of the sheer enthusiasm for football it comes from eight-year-old Joe Houlihan.

He spoke to me during Friday night training in a Cardiff suburb.

Running to the sidelines, he was literally shaking with excitement as he tried to find the words to express how he felt about Wales’ upcoming clash with Denmark today.

“I’m a bit nervous because I don’t know who’s going to win!”

Image: Joe Houlihan dreams of being a successful footballer

Joe was among 30 or so children playing football in Whitchurch – where Wales team captain and Real Madrid star Gareth Bale grew up.

A hero in these parts, a mural of his face looks over shoppers on Church Road and many of the kids playing football wear shirts adorning his name.

“I’m really excited. It’ll be a tough game but I think Wales could win it, just about.”

In the 2016 Euro tournament Wales reached the semi-finals, crashing out following a 2-0 defeat to Portugal.

David Adams, technical director for the FA Wales, trained some of the current national team.

He thinks the team stand a good chance of getting just as far, if not further, than previous sides.

Image: David Adams, technical director for the FA Wales, believes the team have what they take to get far into the competition

There are no official fan-zones in Wales because of COVID-19 and despite First Minister Mark Drakeford urging people to watch from home, pub gardens have the marquees and bunting up and are expecting a bumper day.

The virus also means Wales fans are unable to travel to Holland for the match.

Image: Robert Way, from Caerphilly, has lived in Holland for the last 10 years and has tickets to the match

But there will be at least one Wales supporter in the crowd at the Johan Cruyff Arena in Amsterdam.

Robert Way, from Caerphilly, has lived in Holland for the last 10 years and has tickets to the match.

“I couldn’t miss this because I’ve not been home for two years because of COVID-19 so I just wanted to be around Welsh people to be honest. So when I found it was cancelled basically for Welsh people I was gutted.”

But he told Sky News the fact he’ll be in a minority at the stadium is no issue.

“It’s even more important for me to go, screaming the anthem as hard as I can and support the team.”

Back in Whitchurch and as the final whistle blew Joe told me he would love to one day play for Wales.

However far Wales get, there is no denying the impact major tournaments can have on grassroots football and young fans’ dreams.