Malta says Britons without two jabs have to quarantine on arrival 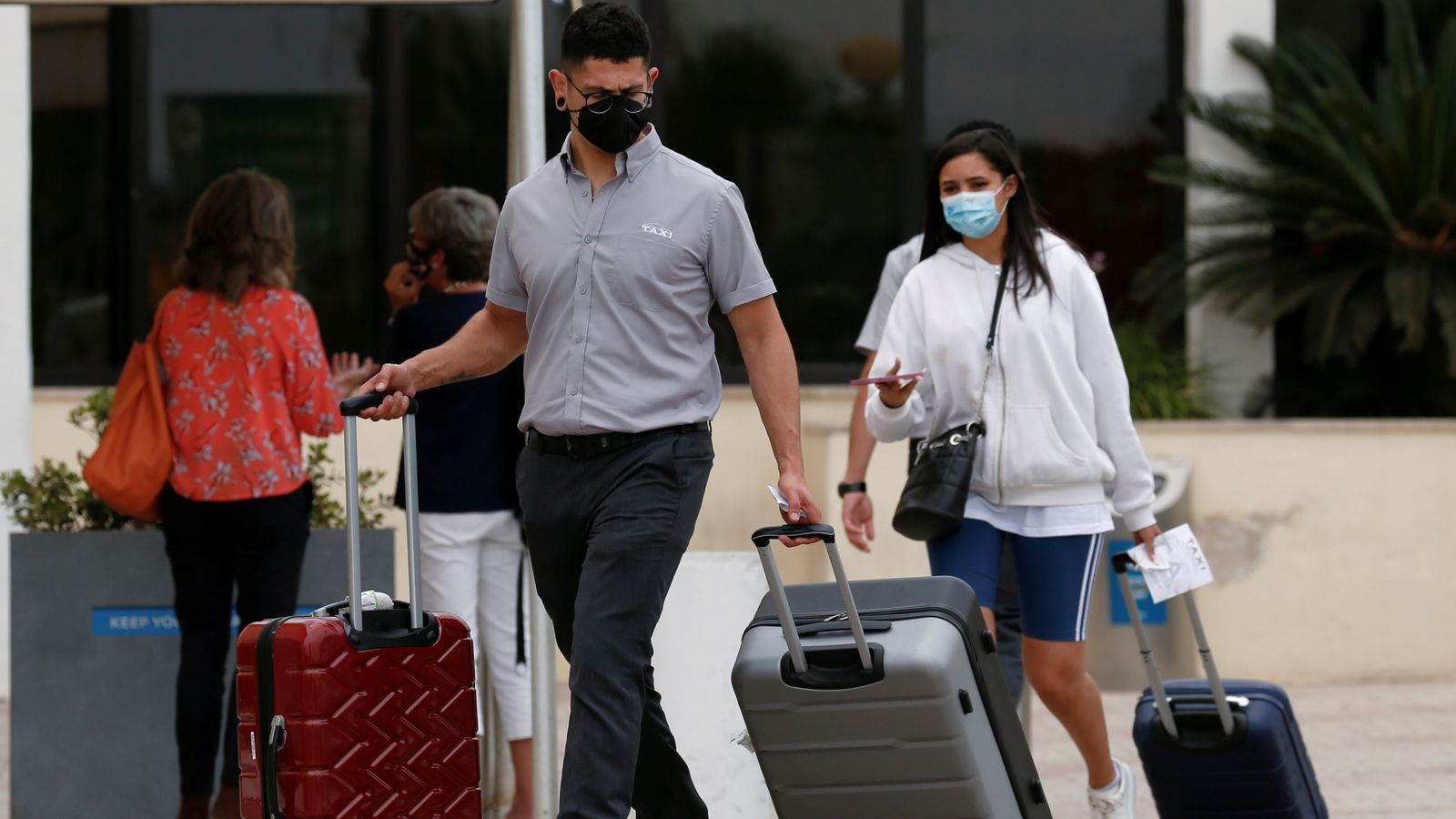 British holidaymakers who are not fully vaccinated against coronavirus will have to quarantine when they arrive in Malta, the country’s government has said.

Malta is one of 14 countries and territories added to England’s green travel list, meaning tourists heading there after 4am on 30 June will not have to quarantine on their return.

However the Maltese government has said anyone arriving from the UK from that date will need to present a COVID vaccine certificate which is recognised by the country’s authorities.

Image: Travel firms say the expansion of the green list for holiday destinations has sparked a wave of new bookings

Those without a recognised vaccine certificate will have to quarantine on their arrival in Malta at their own expense, it said.

The number of days UK tourists will have to quarantine for has not been announced, however the usual period on the island is 14 days.

The Maltese government said the decision had been taken due to the “situation of variant cases reported in the United Kingdom”.

The NHS COVID pass, which can be used by UK holidaymakers to show their vaccine status, is only available to people who have had two doses of a coronavirus vaccine.

It is yet to be confirmed whether the NHS app will be accepted in Malta.

Currently, anyone arriving in Malta from the UK has to provide a negative PCR test certificate before boarding their flight.

The swab test must have been carried out up to 72 hours prior to arrival in Malta.

If a negative PCR test is not presented, it is mandatory to have a swab test on arrival or quarantine for 14 days, according to the Visit Malta website.

Malta is the only new addition to England’s green travel list not to have been put on a watchlist, meaning the others are at risk of returning to the amber list.

From 30 June, people in England will no longer have to quarantine on their return from Malta, Spain’s Balearic Islands – which include Ibiza, Menorca, Majorca and Formentera -, Madeira and some islands in the Caribbean, including Barbados.

A number of popular hotspots such as France, Greece, Italy and mainland Spain remain in the amber tier.

Travellers returning to the UK from those locations must self-isolate at home for 10 days, making holidays there unviable for many people.

Transport Secretary Grant Shapps said the limited easing of restrictions on foreign holidays provides “a little bit of relief for the travel industry and for people who wish to get away” following claims it has not gone far enough.

‘We’ve got to be guided by science’ on travel

He told Sky News: “It won’t be quite like it was in 2019 and the old days, but we are moving in a positive direction.”

Travel firms say the limited expansion of the green list for holiday destinations has sparked a wave of new bookings.

However Ryanair boss Michael O’Leary accused Mr Shapps of “sowing confusion”, telling Sky News there was no science-led approach to COVID travel rules that have crippled the industry.

He also hit out at the creation of a green watchlist – designed to give notice of a possible threat to unrestricted breaks at a particular destination – saying of the traffic light adjustment: “Whatever the hell that means.”

Mr O’Leary also criticised Germany’s Angela Merkel for what he said was a “somewhat stupid idea” that people arriving in the EU from the UK should go into quarantine over Delta variant fears.

“The UK is the most vaccinated country in Europe,” he said, adding there was “far too much of this variant scariant”.